Txamsem climbed a mountain and saw a house on the other side. He went up to it secretly and looked in through a knot-hole. Behold! there were a woman and her two children. He left secretly, and went a little farther back and sat there a while. Then three Crows whom Txamsem had called came to him. He was going to pretend that one of the Crows was his wife and the two others were his children; so they went together toward the little house. Before they reached there, behold! a hunter came down with fresh meat of mountain goats, and the two children of the hunter came forth to meet their father. This was the house of Chief Grouse. The two children remained outside while the father went in. The children saw a man, his wife, and his two children coming along toward them. Then they ran in and told their parents that a stranger was coming to them, and their parents were ready to receive him. Chief Grouse invited in the visitor and his family.

They went in, and Grouse gave them food until they all had had enough. Txamsem said that he would camp with them for a while, and Chief Grouse agreed. Early the following morning Chief Grouse arose and began to make arrows and darts. He made many; and on the following day Chief Grouse went, and Txamsem went also. In the evening Txamsem came home first. He had caught nothing. Late in the evening Chief Grouse came home with an abundance of meat of mountain goats and with fat, and his children were very glad because their father had brought them fat food, the fat of the intestines of mountain goats and the fat of kidneys.

Txamsem children were very anxious to have some of the fresh meat and fat. On the following day Chief Grouse made more arrows and darts. When he had finished them, he went again, leaving very early. On the following morning Txamsem also started. He followed Chief Grouse secretly; and when Chief Grouse arrived at the foot of a great steep cliff, he stood there with his bow in his hand, ready to shoot. 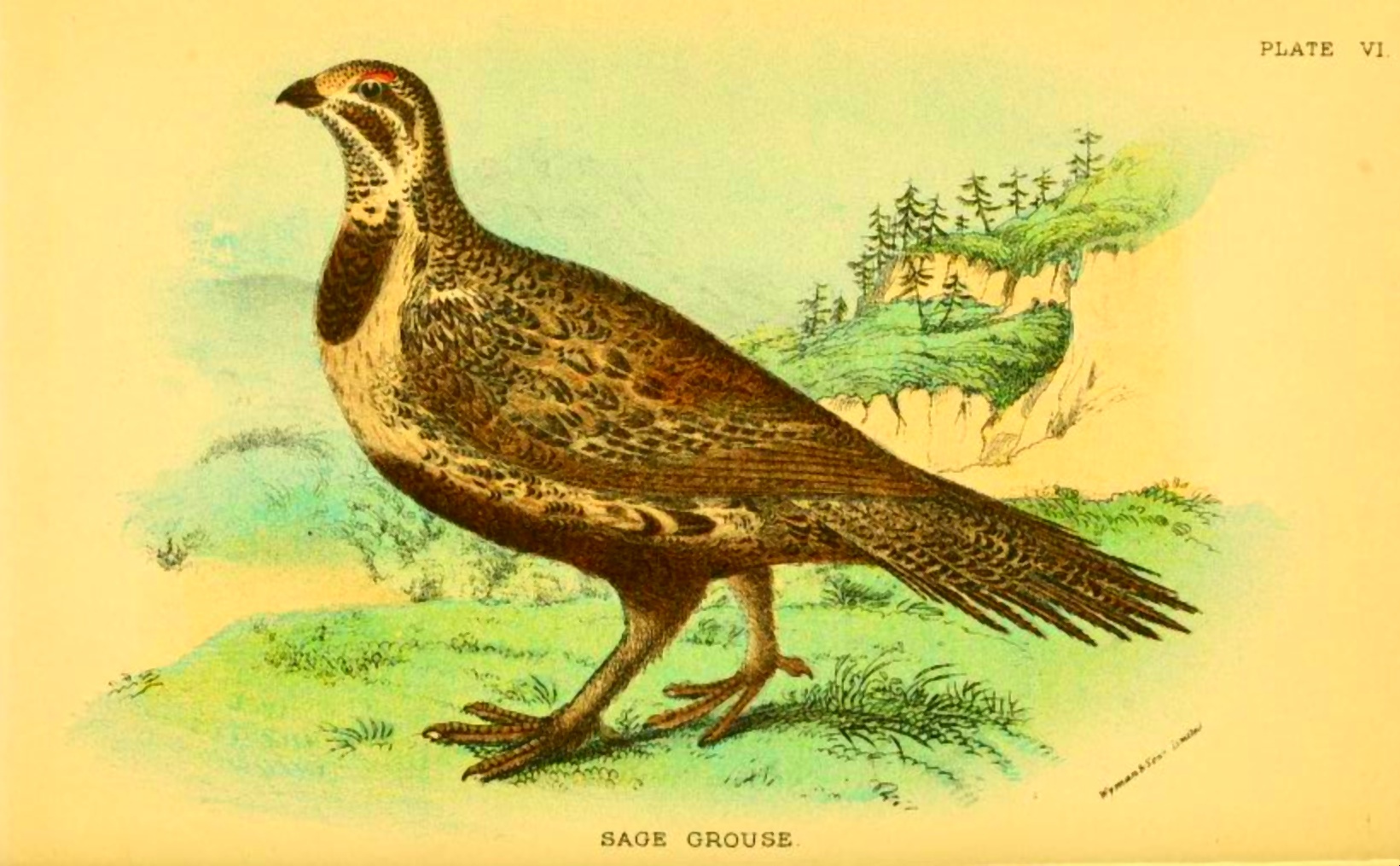 Then Txamsem questioned Chief Grouse: “Are you going to hunt tomorrow?” “No, I do not,” answered Chief Grouse. “Well,” said Txamsem, “I will go myself tomorrow early in the morning.” Early the next morning Txamsem went out right to the place where Chief Grouse had gone the other day, and he began to shoot his new arrows. When he had finished shooting, he shouted with all his might at the foot of the high cliff. He shouted four times, and immediately a bright young man stood by his side. He asked Txamsem, “Whose darts and arrows are these?” and Txamsem stood there speechless. He did not know what to answer to the young man.

The bright young man asked him again, ” Whose darts and arrows are these?” Txamsem was doubtful what to answer, for he had not heard what Chief Grouse had answered when the supernatural being was standing at his side the day before. Txamsem replied after the second question, “These are my own darts and arrows, my own, my own tsidan, Raven’s tsidan, his own tsidan.” Then the supernatural bright young man was angry, because Txamsem was proud and had not answered the right way. He said to Txamsem, “I shall break your bad arrows,” and he threw them down the steep rock. Then the bright young man vanished from his side, and Txamsem turned back. He had not a single arrow left. He had only his bow and his hunting-knife. He felt very bad, turned back and cut his own belly with his knife. He took out part of his own intestines, and put them around his walking staff.

Late in the evening he came home, and his children were glad when their father came home wath his staff with the intestines wound around it. Then the children sang a song, “Only my father brought home intestines of wild animals!” Then they unwrapped the intestines from the staff, and Txamsem was sitting down by the side of the fire without a word, looking at his children while they were unwrapping the intestines from the staff. Soon the children had taken off the intestines, and they threw them on the fire to cook them; and as soon as they were scorched, Txamsem fell back fainting. Therefore his wife and his two children flew away from him. Thus Chief Grouse perceived that it was Txamsem. He took his dead body and threw it down the steep mountain.

After Txamsem laid there a while, he came back to life, arose, and sat down at the foot of the high cliff. He felt that his belly was empty, for he had no intestines. Therefore the raven has no intestines now.