In Greek mythology, the Little Owl was the messenger of Athene, the goddess of wisdom. It is possible that the ‘wise old owl’ idea stemmed from this. Because of the association with Athene, the bird was protected and large numbers nested in the Acropolis (Athene’s temple). The image of the bird was used for decoration by the army, believing that it offered them protection and if a Little Owl flew over the army before a battle, it was an omen of victory. The image of the bird appears on many ancient Greek coins, protecting trade and commerce.

The Romans appropriated the owl as a companion for their goddess of wisdom, Minerva. As they spread, conquering most of Europe, the stories once associated with Athene were retold in the name of Minerva. Consequently, the name of the owl in some countries was derived from Minerva, for example : MinervanpÃ¶llÃ¶ in Finland and Minervauggla in Sweden.
In ancient Mexico, the Aztecs believed that the Little Owl was the messenger of Mictlantecuhli, “The Lord of the Land of the Dead”, and it was believed that it flew between the land of the living and the dead. 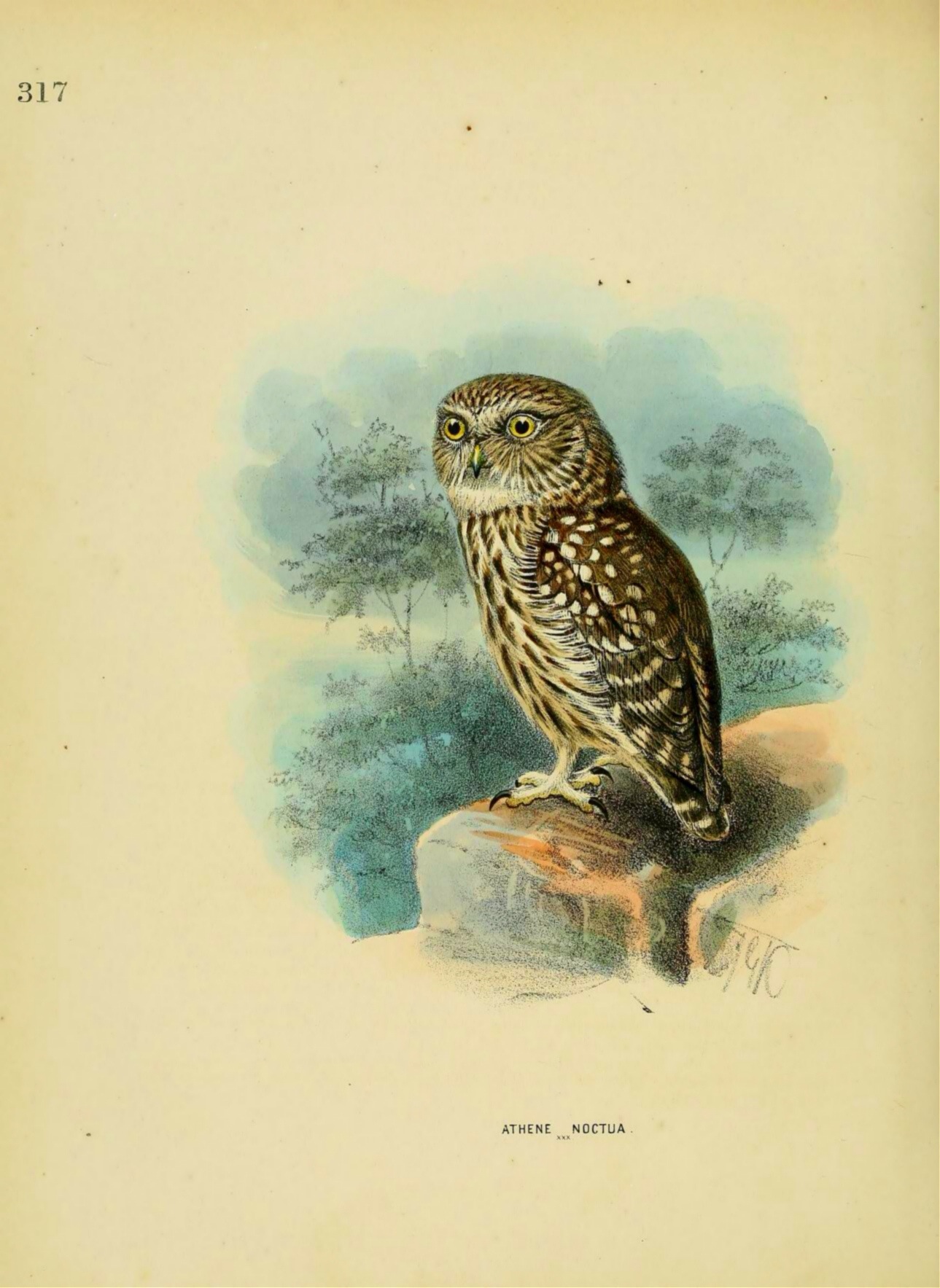