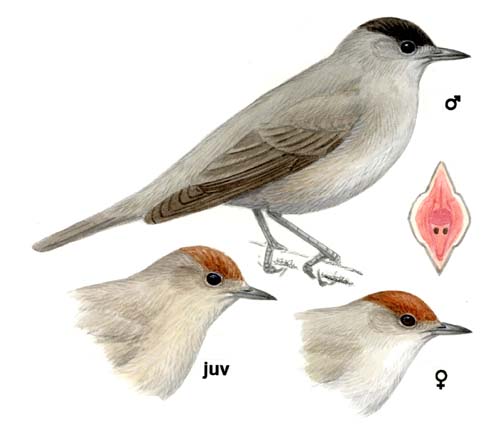 Quite large and robust warbler, with rather long wings and legs but rather short tail. Essentially dusky-brown above, pale grey below, lacks white on tail-edges, and marked only by diagnostic short cap – black on male, brownish on female and immature.
Sexes dissimilar, no seasonal variation.

Listen to the sound of Blackcap

Breeds throughout middle latitudes of west Palearctic in temperate, boreal, and mediterranean climates, oceanic as well as continental. Highly arboreal, preferring to forage and sing in crowns of trees, often in more or less mature forest, although requiring also tall, not too dense shrubby undergrowth, especially for nesting.

Breeds May-Jun in West and North-West Europe, May-July in Finland, Mid April to late July in South West Germany, mid April in South of France, end August to end November in Cape Verde. Nest site is built in low brambles, shrubs, and trees, on branch or among trunk suckers. Less often in creepers, tall herbs, or ferns.
Nest is a finely-constructed cup, often with transparent walls and or bottom, of grass and herb stems and leaves, plus rootlets and small twigs, bound together with spiders’ webs and cocoons, lined with finer grasses, rootlets, and hair. 4-6 eggs are laid, incubation 10-16 days, by both parents. 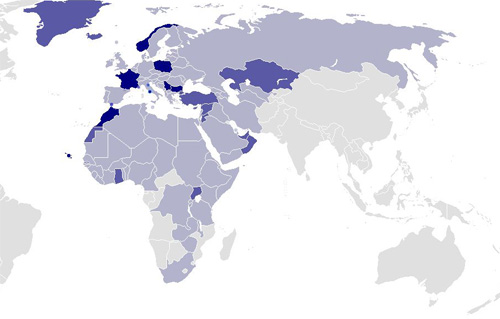