Source to all birds on the Planet
admin
Ardeidae, Ciconiiformes, extinct
Comments 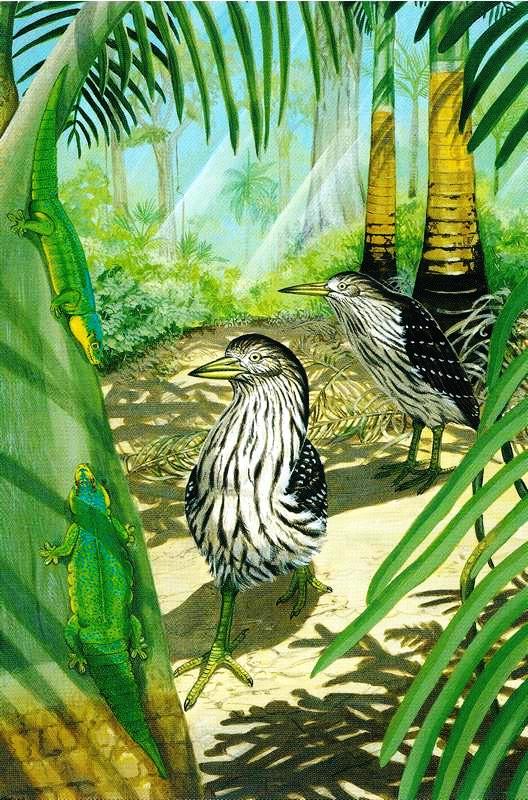 During 1691 a small band of Huguenots, fleeing from religious persecution in France, ended up marooned for around two years on the Mascarene island of Rodrigues, far out in the Indian Ocean. Their leader was one Francois Leguat, and this gentleman made notes on the things he saw during his stay on the island, notes that included detailed observations of the birds he encountered. Years later, after his return to Europe, Leguat’s notes were published in book form (simultaneously, in both English and French) and his book was called A New Voyage to the East Indies (1708).

This splendid little volume provides primary source material for a number of extinct species, including the present one. Leguat describes a powerfully built and pugnacious heron that had almost lost the power of flight but had developed strong legs that enabled it to move very quickly. In their loneliness (there were no women with the small band!), Leguat and his followers found some small solace in the companionship of some endemic geckos, which they shook down from the trees. These little creatures, which were themselves to become extinct around the time of World War I, were surprisingly tame and the Huguenots often allowed them to feed from their own table. So bold and aggressive were the herons, however, that Leguat and his friends had great difficulty in protecting their little pets from the marauding birds. Despite their bullying manner, the night-herons died out at an unknown date during the eighteenth century.

There is a fleeting mention of them in a document that dates from around 1725 but nothing more recent is recorded of the living bird. During the 1870’s bones were found on Rodrigues that confirm the earlier written reports and suggest that this species was derived from a night-heron, but nothing more is known of it.