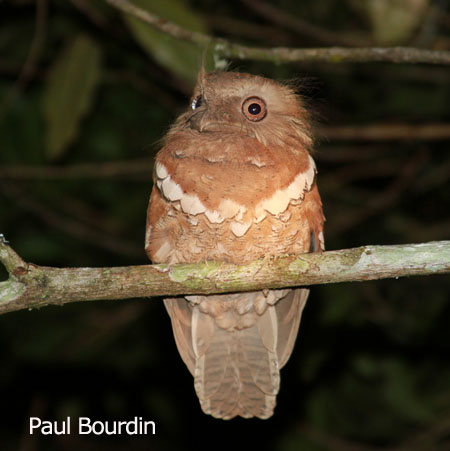 Two color morphs with intermediate phases. Adult has an obvious white collar and bold white spots on wings with buff on scapulars. The chestnut morph is mainly chestnut rufous with a deep rufous ground color. The mottled morph is mostly light brown with buff-blackish barring.

It is common in lowland forests and maturing second growth up to 2500m.

The nest is built from a horizontal branch that is placed two to five meters above ground. It is made from the parent’s own downy feathers which is held in place using spider silk, moss and lichens. The female lays one egg per season. The male incubates the egg during the day and the female at night.