Know that the woodpecker was originally not a bird but an old woman with a very long nose, which she put into everybodyâ€™s pots and pans, sniffing about, eavesdropping, inquisitive and curious about everything whether it belonged to her or not, adding a little in her tale-bearing and taking off a bit from another tale, and so making mischief among her neighbours. When God saw her doings, he took a huge sack and filled it with midges, beetles, ants, and all kinds of insects, and, tying it tightly, gave it to the old woman, and said to her: â€œNow take this sack and carry it home, but beware of opening it, for if your curiosity makes you put your nose into it you will find more than you care for, and you will have trouble without end.â€

â€œHeaven forbid,â€ replied the old hag, â€œthat I should do such a thing; I am not going against the will of God. I shall be careful.â€ So she took the sack on her back and started trotting home, but whilst she was carrying it her fingers were already twitching, and she could scarcely restrain herself, so no sooner did she find herself a short distance away than she sat down in a meadow and opened the sack. That was just what the insects wanted, for no sooner did she open it than they started scrambling out and scampered about the field, each one running his own way as fast as its little legs would carry it. Some hid themselves in the earth, others scrambled under the grass, others, again, went up the trees, and all ran away as fast as they could. 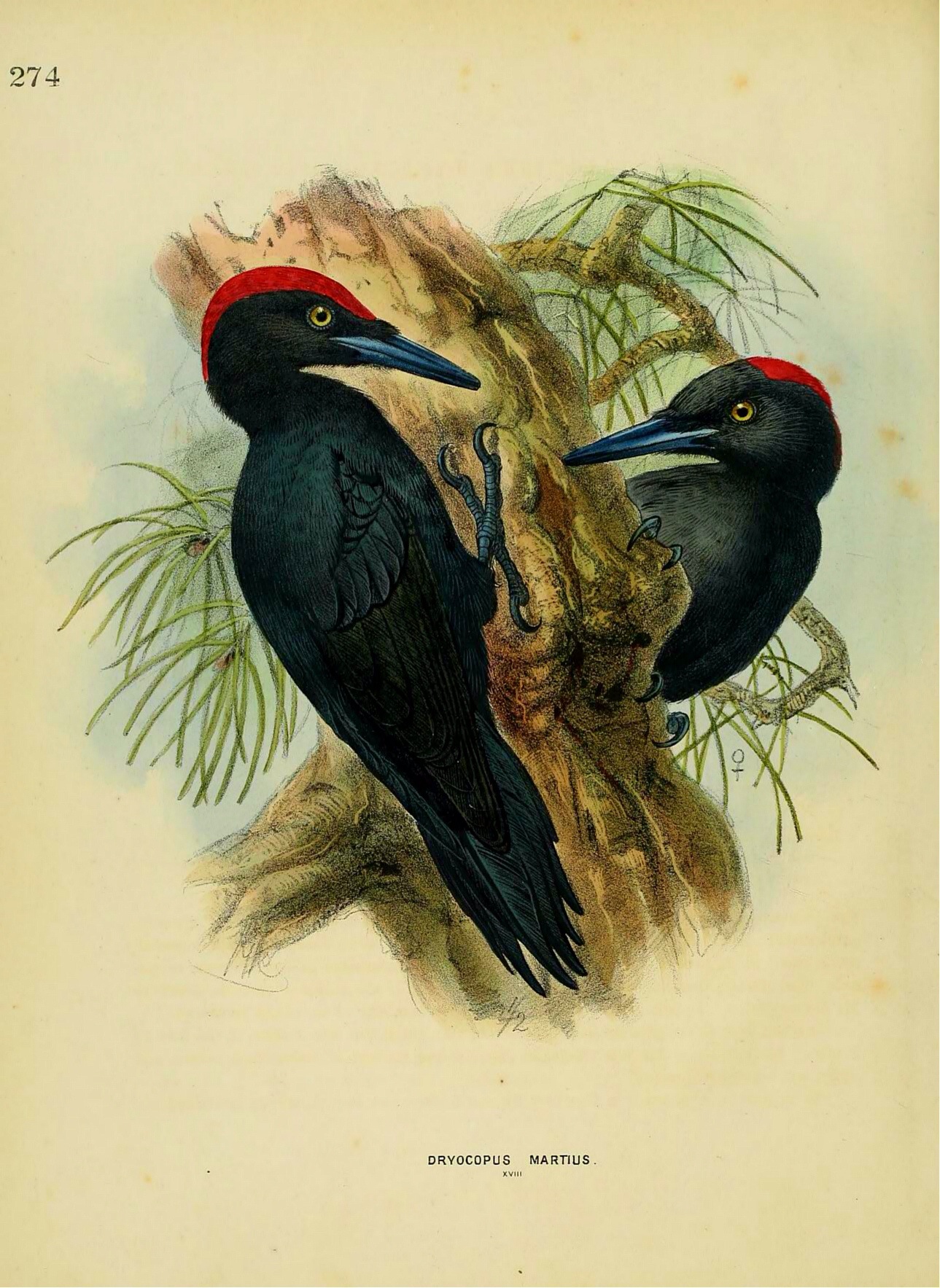 When the old woman saw what had happened, she got mightily frightened, and tried to gather the insects to pack them up again, and put them back into the sack. But the insects did not wait for her. They knew what to do, and a good number escaped into the field. Some she was able to catch, and these she packed into the sack, and tied it up. Then came the Voice of God, who asked her what she had done, and if that was the way she kept her promise.

â€œWhere are the insects, beetles and midges, which I gave you to carry? From this moment you shall change into a bird and go about picking up all these insects until you get my sack full again, and only then can you become a human being again.â€

And so she changed into a woodpecker; the long beak is the long nose of the old woman, and she goes about hunting for these midges, beetles and ants in the hope of filling up the sack, when she would again resume her human shape. But to this very day she has not completed her task, and has remained the woodpecker.
← Previous Post
Next Post →