In the beginning, birds were created without covering. Ashamed of their long legs and ill-shaped bodies, they hid themselves among trees and rocks. They were also without song, as their throats had not yet been fitted for producing music. Long afterward, they learned their songs from whispering leaves, falling rain, running brooks and whistling winds.
But being endowed with speech, they continually complained of their fate, and with one accord shouted and cried aloud to the Great Spirit, asking for coverings. Soon the message came to them that their garments were ready, at a certain place a long way off but that each bird must attend to the fitting of his own.
A messenger must be sent, as a vote was immediately taken. Because of his great strength and superior powers of endurance, the choice of the assemblage was the turkey buzzard. Proud of the trust reposed in him he started on his long hard mission. As he no food, he was tortured by hunger until he was driven to eat carrion to sustain life.

On arriving at the appointed place he found the garments ready, and, as a reward, he was allowed first choice.
Without hesitation, he selected the most beautiful among them, but discovered upon trying it on that, in its long feathers, flying would be difficult, so it was laid aside. From one to another he went, but there was some fault to be found with each. One was not warm enough, another would attract too much attention, another would soil too easily. So he went through the entire collection till he came to the last, the coarsest, ugliest, plainest among them, and too small to be drawn up over the face, as all the others could be worn. But as he had been forbidden to try on any garment more than once, he must either take the one he has worn ever since that day, or go uncovered.

When birds congregate today, they often twit the buzzard with reference to his unattractive dress, and taunt him with his uncleanly habits; but he invariably reminds them that he had the first choice and selected the one that pleased him best among all bird coverings, and that his habits were acquired through doing a service for others. 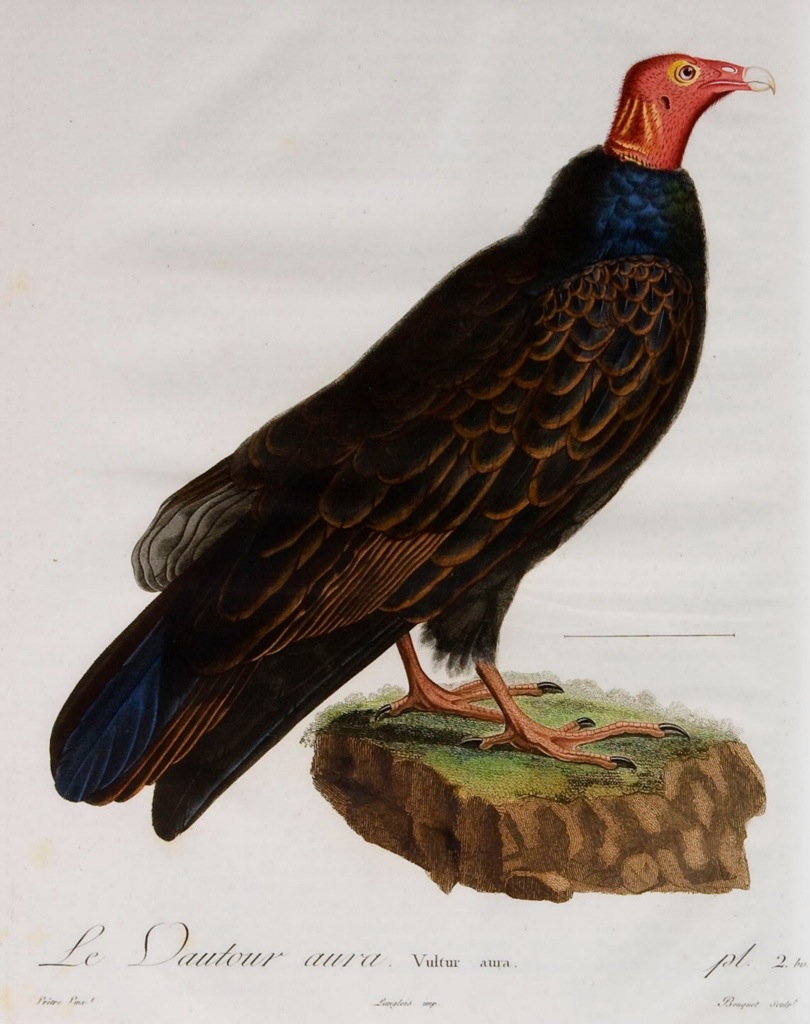