Source to all birds on the Planet
admin
folklore, North America, Strigidae
Comments

Boku-boku, the Night-owl, married the bats’ sister, and often took his brothers with him at night to rob peoples’ houses. One night they came across a house where the people were drying fish on a babracote: just to frighten them, they all sang out, boku! boku! boku!, this made the occupants run out into the bush, and so gave the bats their opportunity for stealing the fish. The trio played the same trick at many a settlement, until one day the owl told them he had to travel about for a while, and that during his absence they must behave themselves, and stay indoors at night, as otherwise trouble would be sure to happen.

But no sooner had Boku-boku turned his back, than the bats, unable to resist temptation, continued their evil courses, they got to a place one night where the fish were being dried, but having no owl with them on this occasion, they could not shout boku! boku! boku! as loudly as they did before; hence, the people not being so frightened now, ran away only a little distance, just far enough to be able to watch everything and to see that it was only the bats who were stealing their food. But the bats, remaining undisturbed, thought they could now do what they liked with impunity, and hence returned again upon the following evening, when the people remained just as they were, some seated, some lying in their hammocks. 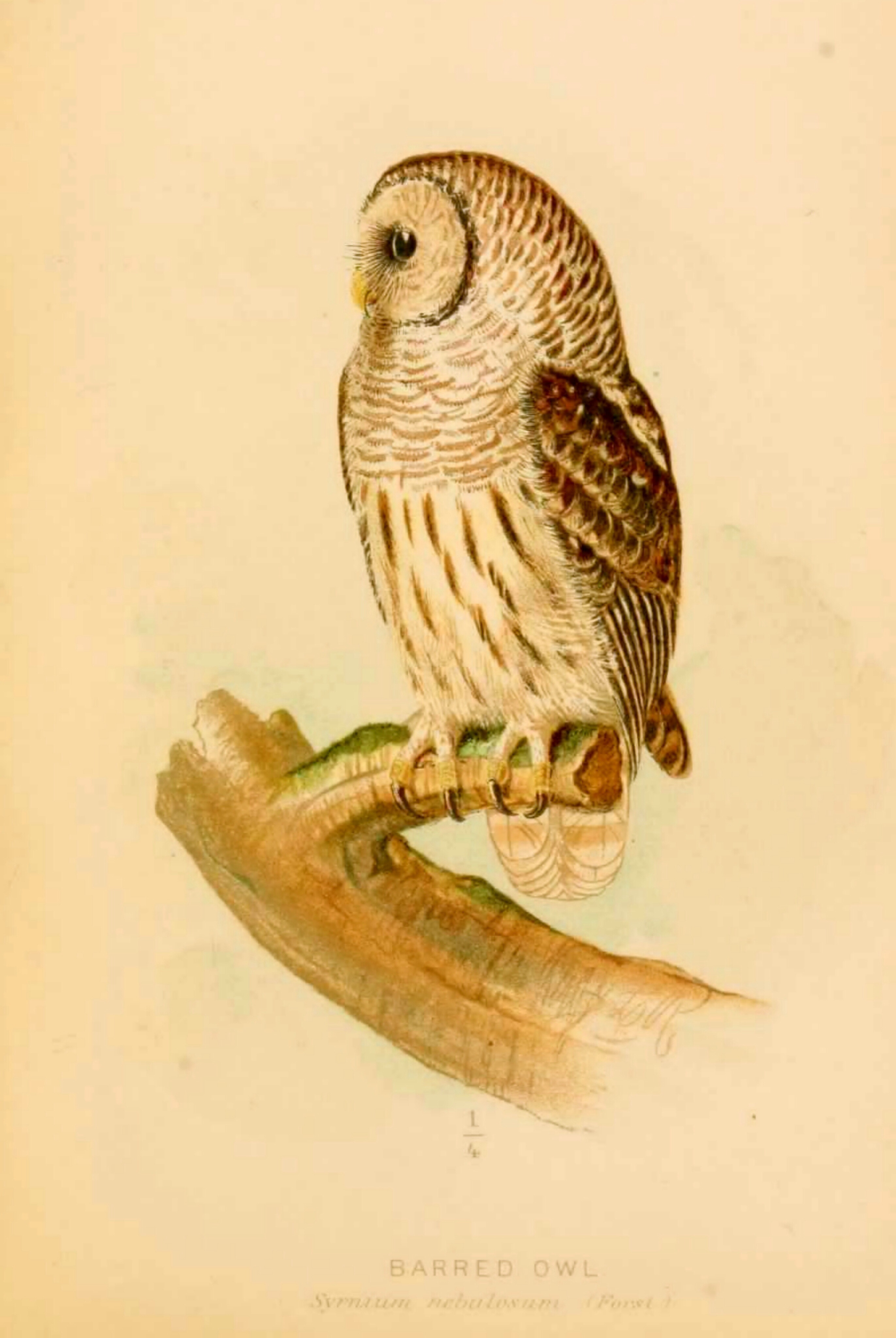 The bats still thought of course that nothing bad could happen them, and were laughing chi! chi! chi! for very joy. But the house master took out his bow and arrow, the latter tipped with a knob of wax, with which he shot one of them on the rump, stunning it.
The other bat, escaping into the forest, met Boku-boku, who had just returned from his travels, and to whom he narrated the circumstances of his brother’s untimely death. Nothing daunted, the two returned to hunt that night, and on this occasion the noise of their voices, now that it included the owl’s, created such a stir that the folk ran as before into the bush, while Boku-boku and his brother-in-law stole the fish. But lying on the babracote was the dead bat, which they took home with them, and there they soundly smacked him on the spot where he had been struck with the arrow: this brought him round, the fire not having withered him up beyond recovery, and he laughed chi! chi! chi! on awakening.

And although Boku-boku was prevented accompanying them the following evening, the two bats insisted on repeating their nocturnal excursion: as before, the folk were not frightened, and again one of the bats got shot in his posterior. Next night, the surviving bat returned with Boku-boku, and they found as before upon the babracote, the body of their relative: this they took away with them, but on this occasion, when they smacked the corpse, it never woke, it had been dried too much over the fire. The surviving bat however continues to take his revenge upon people and sucks them and their fowls, as well as doing other damage, while the presence of Boku-boku, his brother-in-law, invariably means mischief: when heard at night, some one is surely about to sicken and die.