Txamsem went walking, not knowing which way to turn. He went toward the sea; and, behold! he saw a house some distance away. He came near, entered, and sat down on one side of the fire. A man was there with his wife. This was the house of Chief Cormorant. The man’s wife arose and roasted dried salmon by the fire. She put it into a dish and placed it it before Txamsem, who ate it all. She uncovered steamed halibut and seal meat, put it into a dish, and gave it to Txamsem, who ate it all. The house of Chief Cormorant was full of dried halibut and dried seal meat. After Txamsem had eaten, he said to Chief Cormorant, “Dear chief, let us go tomorrow to catch halibut!” Thus spoke Txamsem to Chief Cormorant. The chief replied at once, and said, “We will go tomorrow morning,” and in the evening they prepared their hooks and fishing-lines.

The chief said to Txamsem, “Let us go home, for we have enough halibut!” Then they hauled up their lines and paddled home with a canoe full of halibut. Now Txamsem was silent. Then Chief Cormorant said to his friend, “I will give you some of my halibut;” and Txamsem said to Cormorant, “Let us go ashore and refresh ourselves!” So they went ashore to refresh themselves. When they reached the beach, they stepped out of their canoe, and the sun shone on the sandy beach.
Now, Txamsem said to Cormorant, “Just stand still! I see a large louse on the back of your head.” So the Cormorant stood there, while Txamsem went toward hun. He said, “Ha! I caught your big louse. Now put out your tongue, that I may put your louse on it!” The Cormorant put his tongue way out; and while he was doing so, Txamsem took hold of the tongue and tore it out. 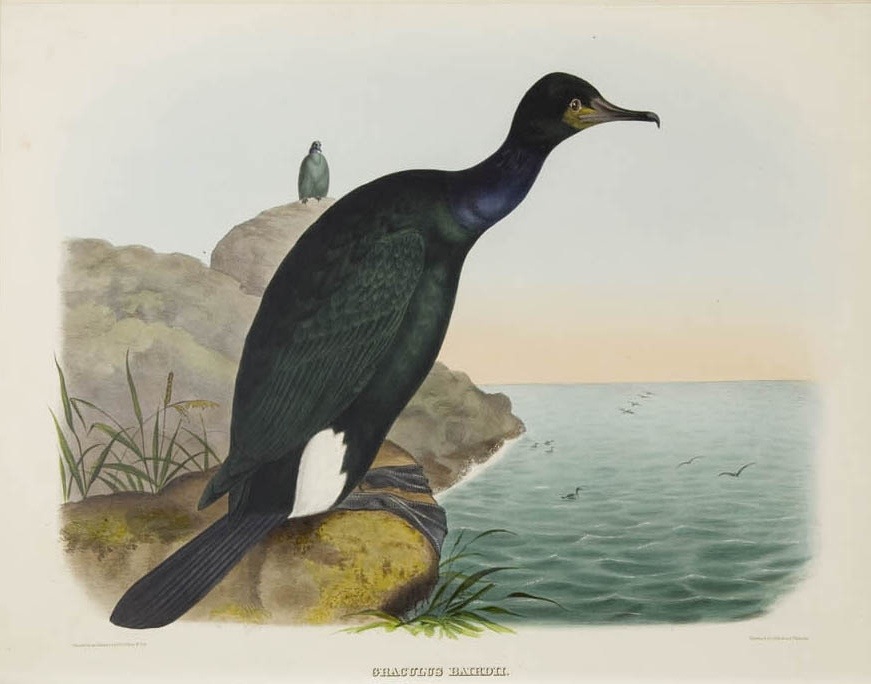 Then Cormorant tried to speak; but he could not, for he had no tongue. Txamsem went down to the canoe, and the poor Cormorant came down and went aboard the canoe, unable to talk. Many times he tried to speak, but Txamsem did not understand him. Txamsem paddled back home. When they arrived at the beach of Cormorant’s town, the people came down and saw that the canoe was full of halibut; but Chief Cormorant was lying in the bow of the canoe, covered with a mat. They questioned him, and asked,” What is the matter with you, chief?” Then Txamsem lied, saying that Chief Cormorant had not caught any halibut; that therefore he had put his own hook into his mouth, and had torn out his own tongue. The people took off the mats that covered Chief Cormorant, and saw that his tongue was lost. The people questioned him. He tried to speak, but they did not understand him. Then Chief Cormorant made signs with his fingers, and thus told his people that Txamsem had torn out his tongue on their way back from the fishing-ground, because Txamsem had caught nothing.

Chief Cormorant’s mouth was full of blood; therefore all his people assembled and flew around Txamsem, and struck at his cheeks with their wings, and some of them scratched his head with their claws, and pecked at his eyes with their bills. Txamsem tried to escape; but the Cormorants were so many, that he was unable to do so. At last he put on his raven garment and flew away through the smoke hole, crying, “Caw, caw, caw!” He went away, starving and hungry. For this reason the Cormorant can not speak distinctly nowadays. As Txamsem had cursed them, therefore all the cormorants have black feathers now. He himself was badly bruised all over his body. 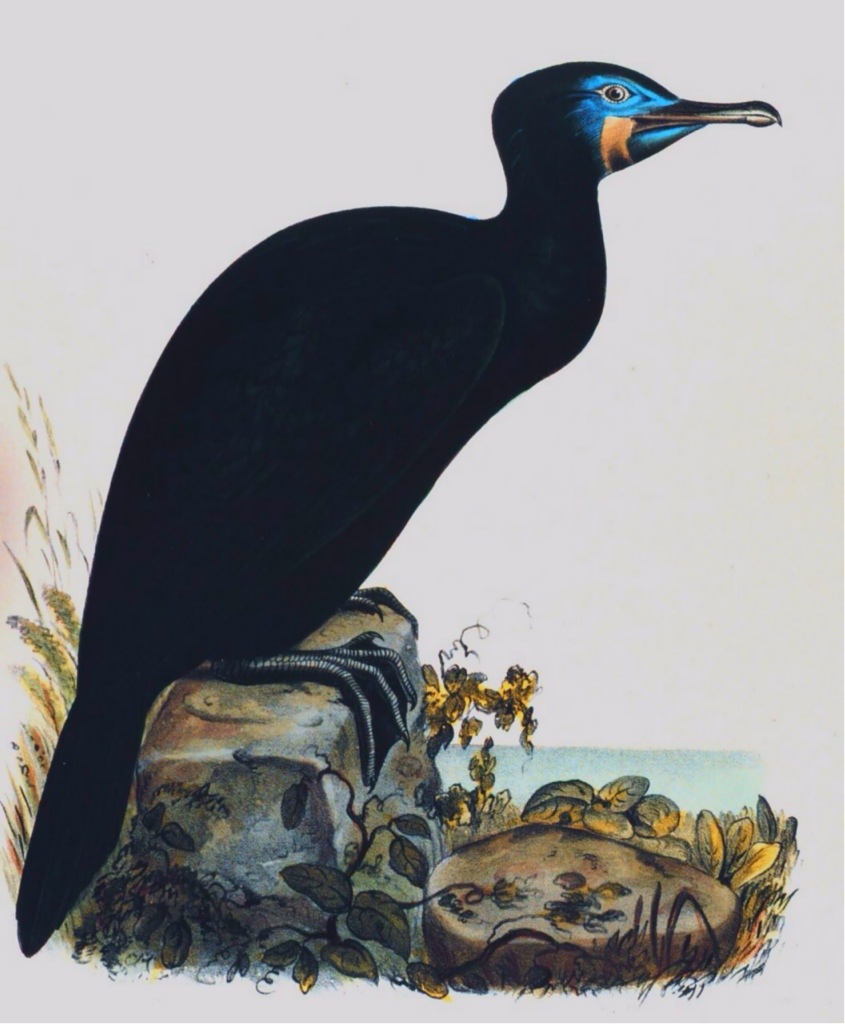