In 1850 this species was called Red-billed Azure-crown (Trochilus quadricolor or Cyanomia quadricolor).
I believe I am right in stating that this species is exclusively confined to Mexico, as it is from that country alone that I have seen examples. I make this remark because M. Lesson states, in the Supplement to his History of the Humming Birds, that the bird inhabits Brazil, a statement it is but right to correct. Numerous specimens were from time to time transmitted to this country by M, Floresi d’Areais, before his untimely death in the pestilential region of Panama.

The bright coral-red bill, contrasted with the beautiful azure-blue of the crown and the white under surface, renders this species remarkably different from the other members of its genus, all of which, though plain in their general colouring, possess many pleasing features to recommend them to our notice: unfortunately, of their habits but little is known; we have, therefore, a wide field of inquiry before us, into which it is to be hoped future naturalists will enter, for it cannot be doubted that to each peculiar form some essential difference in their habits and manners will be found to appertain. 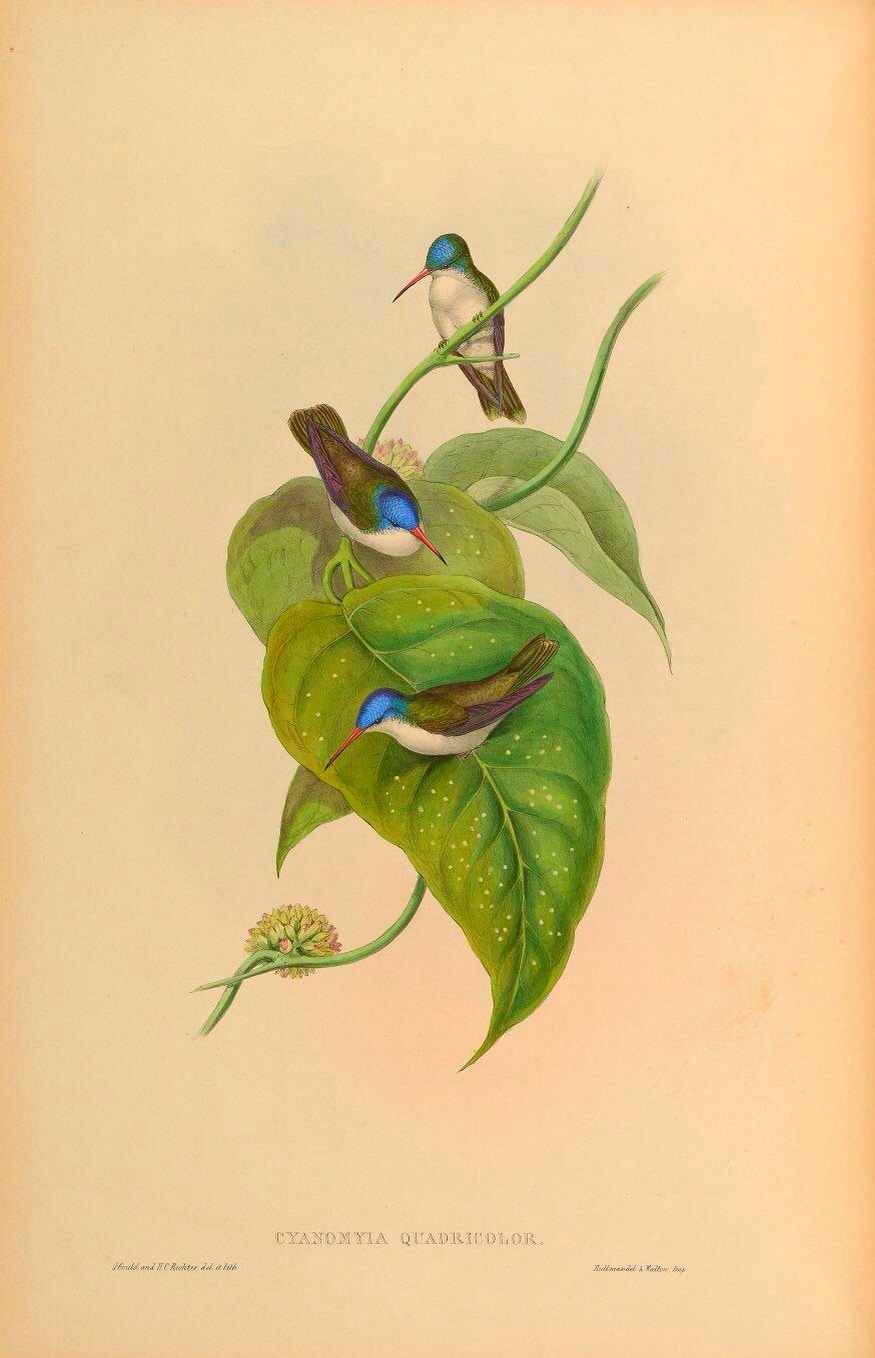 There is not a very marked difference in the colouring of the sexes of the present species, nor indeed of any member of the genus, except that the blue colouring of the head is much fainter in the female than in the male, and the outer feathers of her tail are tipped with dull greyish white. Neither of them exhibit any metallic brilliancy of plumage ; their beauty, in fact, consists in the contrasted tints and agreeable tone of their delicate colouring. Crown of the head fine blue, continued in a series of spots on the sides of the neck; all the upper surface and wings pale brown, with a slight tinge of green on the upper part of the back ; tail-coverts pale bronzy brown, fringed with greyish white ; tail pale bronzy brown ; all the under surface pure white; bill coral-red, darker at the tip.