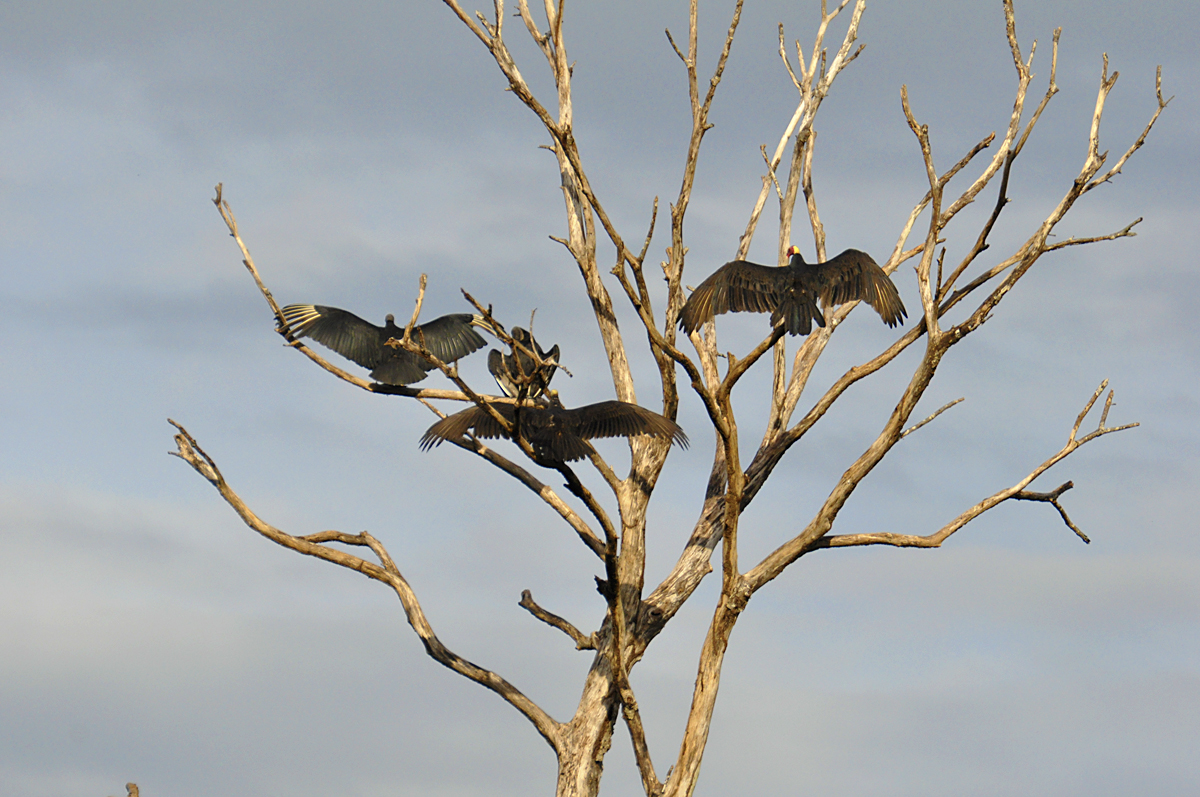 Turkey Vultures (Cathartes aura) breed from southern Canada to Tierra del Fuego, while Lesser Yellowheaded Vultures (Cathartes burrovianus) occur from M xico through Central America to northern Argentina and Uruguay (Meyer de Schauensee 1966).It has long been known that Turkey Vultures breeding in the northern parts of their range are migratory, and data are available on their arrival at or departure from their breeding grounds in spring or fall (Bent 1937). Likewise, parts of their migration routes and winter ranges in Central America are well documented (Chapman 1933, Wetmore 1965, Smith 1980). Migrating Turkey V ultures were observed in northwestern Colombia by Dugand (1947), Haffer (1959), and Olivares (1959), but there are no data on their abundance or ecology. Because seasonal changes in their abundance in Panam have been observed, it is believed that the northern Lesser Yellow-headed Vultures are also migratory (Ridgley 1976).
FRIEDEMANN KOESTER, The Auk 99: 372-375