Source to all birds on the Planet
admin
Ciconiidae, folklore
1 Comment

According to European folklore, the stork is responsible for bringing babies to new parents. The legend is very ancient, but was popularised by a 19th century Hans Christian Andersen story called The Storks.
German folklore held that storks found babies in caves or marshes and brought them to households in a basket on their backs or held in their beaks. These caves contained adebarsteine or “stork stones”. The babies would then be given to the mother or dropped down the chimney. Households would notify when they wanted children by placing sweets for the stork on the window sill. From there the folklore has spread around the world to countries such as the Philippines and South America.

In Slavic mythology and religion, storks were thought to carry unborn souls from Iriy to Earth in spring and summer. This belief still persists in the modern folk culture of many Slavic countries, in the simplified child story that “storks bring children into the world”. Storks were seen by the Slavs as bringing luck, and killing one would bring misfortune. A long-term study that showed a spurious correlation between the numbers of stork nests and human births is widely used in the teaching of basic statistics as an example to highlight that correlation does not necessarily indicate causation. The child-bringing myth has appeared in different forms in history. Children of African American slaves were sometimes told that white babies were brought by storks, while black babies were born from buzzard eggs.

There were negative aspects to stork folklore as well; a Polish folk tale relates how God made the stork’s plumage white, while the Devil gave it black wings, imbuing it with both good and evil impulses. They were also associated with handicapped or stillborn babies in Germany, explained as the stork having dropped the baby en route to the household, or as revenge or punishment for past wrongdoing. A mother who was confined to bed around the time of childbirth was said to have been “bitten” by the stork. In Denmark, storks were said to toss a nestling off the nest and then an egg in successive years. In medieval England, storks were also associated with adultery, possibly inspired by their courtship rituals. Their preening and posture saw them linked with the attribute of self-conceit. 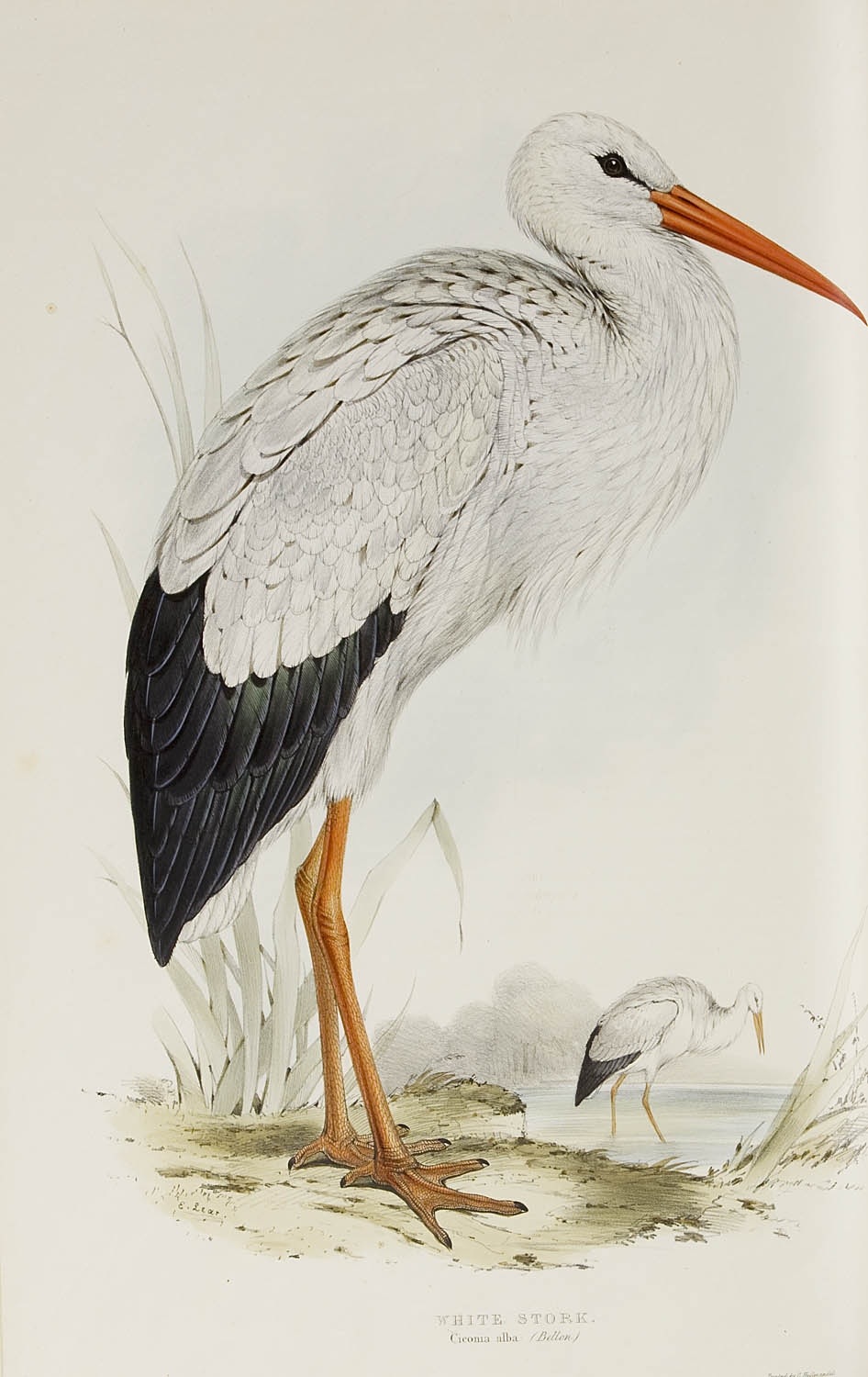 Storks in Europe and India, were mostly carrion-eaters, and as such were desirable street-cleaners in village and camp. A tradition in the island Tenos is that Poseidon sent storks to clear the island of snakes, which originally were numerous there.

A Fox one day invited a Stork to dine with him, and, wishing to be amused at his guest’s expense, put the soup which he had for dinner in a large flat dish, so that, while he himself could lap it up quite well, the Stork could only dip in the tip of his long bill. Some time after, the Stork, bearing his treatment in mind, invited the Fox to take dinner with him. He, in his turn, put some minced meat in a long and narrow necked vessel, into which he could easily put his bill, while Master Fox was forced to be content with licking what ran down the sides of the vessel.
The Fox then remembered his old trick, and could not but admit that the Stork had well paid him off. I will not apologize for the dinner, said the Stork, nor for the manner of serving it, for one ill turn deserves another. 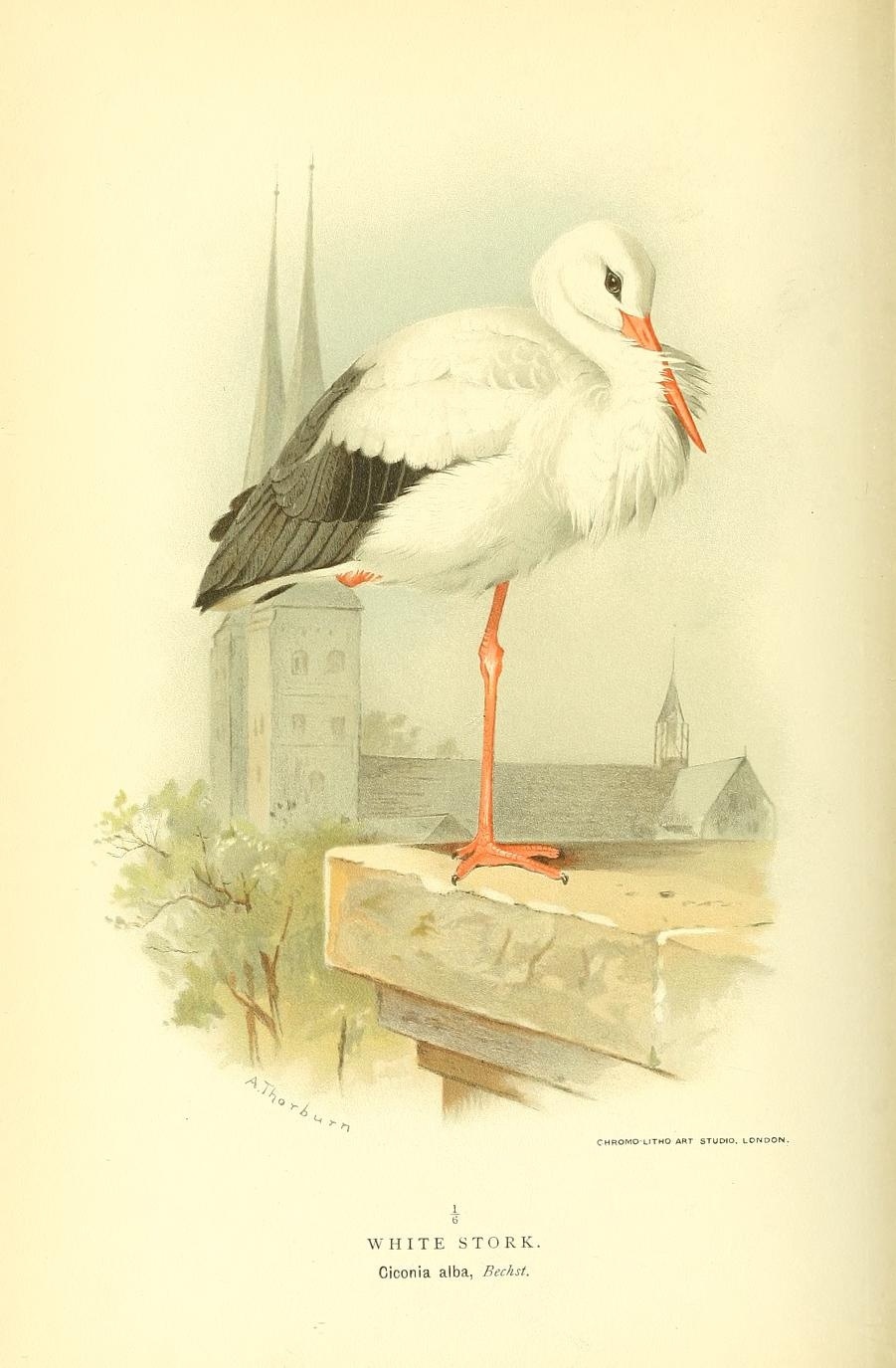