Once upon a time the nightingale met the turtle-dove. After greeting one another, the nightingale said, â€œSister, let us keep awake during the night and learn some tunes to sing.â€

â€œQuite agreeable,â€ said the turtle-dove, â€œand in the morning we shall see what each one of us has learned.â€

In the following night the nightingale kept awake and listened attentively to all the sounds that could be heard. She heard the shepherd playing on his pipe, and the wind whistling, and the dogs barking, and lambs calling, and many more sounds, and thus learned no less than twelve tunes. The turtle-dove, lazy as she is by nature, did not keep awake, but went to sleep as soon as the night grew dark. She slept almost the whole night through, and awoke only at the break of dawn. There was no sound to be heard. It was all quiet. Suddenly she heard a man driving his horses to the fields shouting â€œtrr, trr.â€ This sound she picked up, and no other. In the morning she went to find her sister the nightingale, and asked her whether she had heard anything, and whether she had learned any tunes. If so, would she mind singing to her? 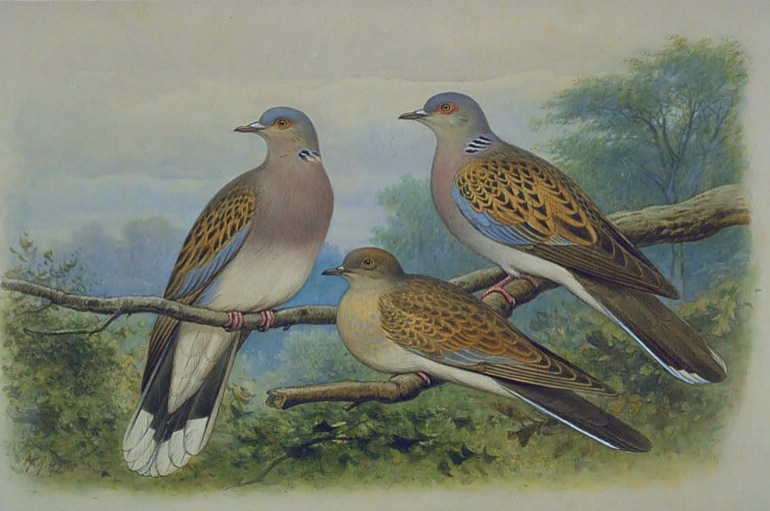 The nightingale replied, â€œOh, I have heard many songs, and have learned many tunes.â€ And without waiting any longer, she began to warble her songs. The turtle-dove sat listening, lost in admiration at the beautiful singing of the nightingale. When the latter had finished her songs, she asked the turtle-dove: â€œAnd what have you learned, sister mine?â€

The turtle-dove, full of shame over her laziness, owned that she had not kept awake, but had gone to sleep, and that the only sound and song she had learned was â€œtrr, trr,â€ which she had picked up from the man who was driving his horses to the field. And so it has remained to this very day. The nightingale sings all the night through and stops towards the morning, when the turtle-dove awakens and starts its â€œtrr, trr.â€
← Previous Post
Next Post →