Source to all birds on the Planet
admin
Eurasia, folklore, Passeridae
Comments

In a little house in a little old village in Japan lived a little old man and his little old wife. One morning when the old woman slid open the screens which form the sides of the Japanese houses, she saw on the doorstep a poor little sparrow. She took him up gently and fed him. Then she held him in the bright morning sunshine until the cold dew was dried from his wings. Afterward, she let him go, so that he might fly home to his nest, but he stayed with her to thank her with his songs. Each morning, when the pink on the mountaintops told that the sun was near, the sparrow perched on the roof of the house and sang out his joy. The old man and woman thanked the sparrow for this, for they liked to be up early and at work.

But near them lived a cross old woman who did not like to be awakened so early. At last she became so angry that she caught the sparrow and cut his tongue. Then the poor little sparrow flew away to his home. But he never could sing again. When the kind woman knew what had happened to her pet she was very sad. She said to her husband, “Let us go and find our poor little sparrow.” So they started together, and asked of each bird by the wayside: “Do you know where the tongue-cut sparrow lives? Do you know where the tongue-cut sparrow went?”

In this way the followed until they came to a bridge. They did not know which way to turn, and at first could see no one to ask. At last they saw a bat, hanging head downward, taking his daytime nap. “O friend Bat, do you know where the tongue-cut sparrow went?”

“Yes. Over the bridge and up the mountain,” said the bat. Then he blinked his sleepy eyes and was fast asleep again. They went over the bridge and up the mountain, but again they found two roads and did not know which one to take. A little field mouse peeped through the leaves and grass, so they asked him, “Do you know where the tongue-cut sparrow went?”

“Yes. Down the mountain and through the woods,” said the field mouse. Down the mountain and through the woods they went, and at last came to the home of their little friend. When he saw them coming, the poor little sparrow was very happy indeed. He and his wife and children all came and bowed their heads down to the ground to show their respect. Then the sparrow rose and led the old man and the old woman into the house while his wife and children hastened to bring them boiled rice, fish, and cress. After they had feasted, the sparrow wished to please them still more, so he danced for them what is called the “sparrow dance.”

When the sun began to sink, the old man and woman started home. The sparrow brought out two baskets. “I would like to give you one of these,” he said. “Which will you take?” One basket was large and looked very full, while the other one seemed very small and light. The old people thought they would not take the large basket, for that might have all the sparrow’s treasure in it, so they said, “The journey home is long, so please let us take the smaller one.”

They took it and walked home over the mountain and across the bridge, happy and contented. When they reached their own home, they decided to open the basket to see what the sparrow had given them. Within the basket they found many rolls of silk and piles of gold, enough to make them rich, so they were more grateful than ever to the sparrow. 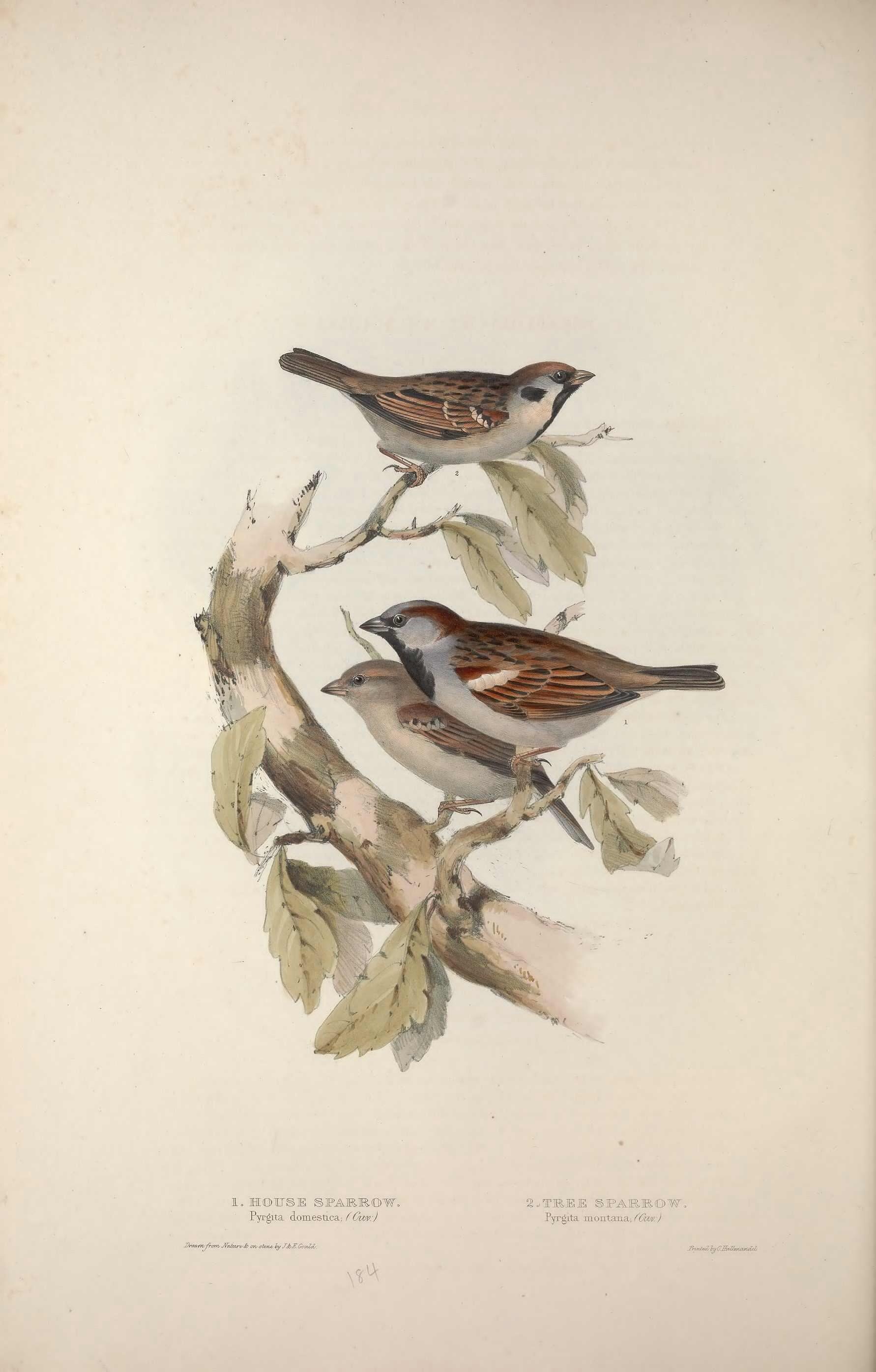 The cross old woman who had cut the sparrow’s tongue was spying through the screen when they opened their basket. She saw the rolls of silk and piles of gold, and planned how she might get some for herself.

The next morning she went to the kind woman and said, “I am so sorry that I cut the tongue of your sparrow. Please tell me the way to his home so that I may go to him and tell him I am sorry.”

The kind woman told her the way and she set out. She went across the bridge, over the mountains, and through the woods. At last she came to the home of the little sparrow. He was not so glad to see this old woman, yet he was very kind to her and did everything to make her feel very welcome. They made a feast for her, and when she started home the sparrow brought out two baskets as before. Of course the cross old woman chose the large basket, for she thought that would have even more wealth than the other one.

The basket was very heavy and caught on the trees as she was going through the wood. She could hardly pull it up the mountain with her, and she was all out of breath when she reached the top. She did not get to the bridge until it was dark. They she was so afraid of dropping the basket into the river that she scarcely dared to step.

When at last she reached home she was tired out, but she pulled the screens tightly closed so that no one could look in, and opened her treasure.

Treasure indeed! A whole swarm of horrible creatures burst from the basket the moment she opened it. They stung her and bit her, they pushed her and pulled her, and scratched her. At last she crawled to the edge of the room and slid aside the screen to get away from the pests. The moment the door was opened they swooped down upon her, picked her up, and flew away with her. Since then nothing has been heard of the old woman.