When God created the world, he made all the creatures to be of one colour, or rather none of them of any colour at all. You see, God was too busy to bother about these little things. When he had finished making everything that he intended to make, he called all the birds together and said, â€œNow, I am going to paint you with nice colours.â€

When the birds heard that message, they came all overjoyed to God, who took his brush and dipped in various pots filled with paint and painted them one by one. When he had almost finished, who would come but the thistle-finch, with his feathers all ruffled and out of breath. When God saw the little bird, he said to him, â€œWell, little master, how do you look, where have you been, have you not heard my command, why did you not come in time? Now all the paint is gone, I cannot do anything for you, and it serves you right, you should have come in time like the others did.â€ And the little bird began to weep and said, â€œO God, I am quite innocent, just look at me and see what a state I am in; I was very hungry and tried to find something to eat, but could not find anything for a long time, until I espied at last a few grains of millet in a bush of thistles. So I got in and started picking. But, as soon as I moved, the thistles got hold of me and would not let me go, and the more I tried to get out, the more strongly did they hold me, and tore my feathers and dishevelled my hair, and it was only after a long tussle that I was able to get myself free and come here.â€ 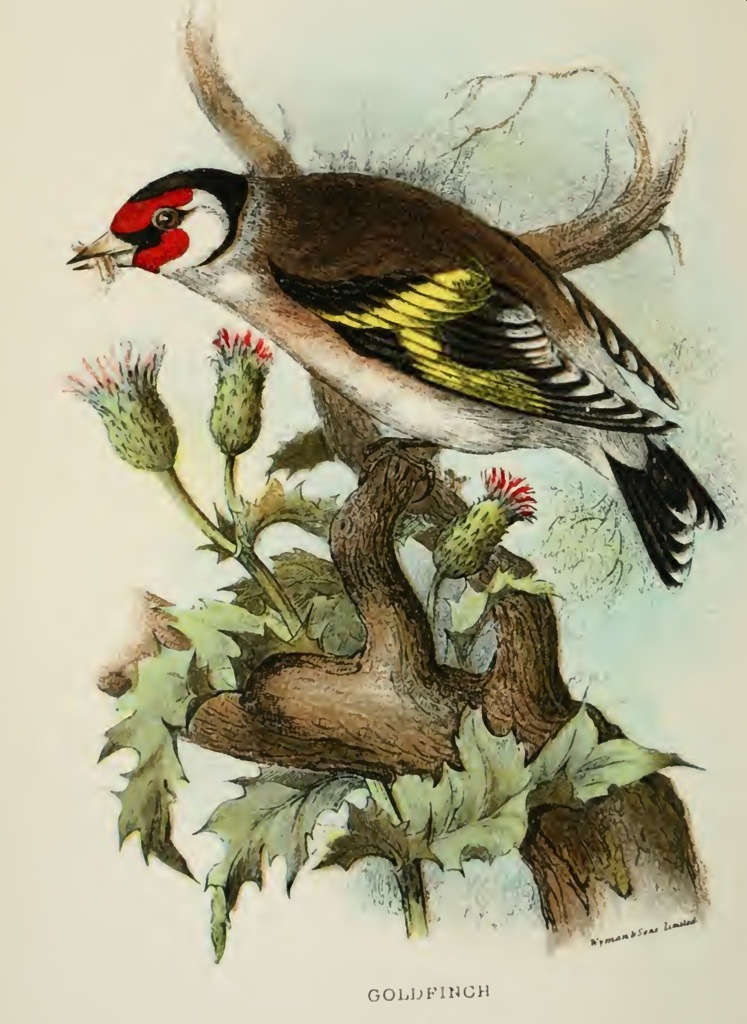 When God saw that the little bird had told the truth, and that it looked torn about and ruffled, he took pity on it and said, â€œWait a little and I will see what I can do,â€ and taking his brush he endeavoured to pick up the drops of paint which were left at the bottom of the various pots. Taking them all on the tip of his brush, he sprinkled the little bird all over with the drops of the various colours which he had picked up from the bottom of the pots, and that is the reason why the thistle-finch has so many spots and so many colours. His name has remained to this very day â€œlittle masterâ€ (domnisor in Rumanian) and also thistle-finch, because the thistles ruffled his feathers and tore at him.