Once upon a time there was a partridge, and that partridge was sorely troubled, for no one in this world is safe from trouble and worry. Her trouble was that for some time back she was not able to rear her young, because of AUNTIE FOX, who made a royal feast of the young brood. No sooner did the fox find out that the partridge had hatched her young, than she tied some brambles to her tail, and, dragging it along the ground, pretended to plough the land, close to the place where the partridge had her nest. Turning to the partridge, the fox would say:

â€œHow dare you trespass on my land. Off you go, lest I eat you up.â€ The partridge, frightened, would run away, and the fox would eat the young. This had gone on for three years. On the fourth year it so happened that, while the partridge was weeping, just as a man will do out of worry and grief, she met a hound.

â€œWhat is the matter with thee, friend; why dost thou weep so, what ails thee, why art thou so inconsolable?â€

Then the hound said sympathetically, â€œWhat has happened unto thee?â€

â€œWhat has happened unto me? O! dear friend, so many years have I tried to rear my young, and no sooner do I see Godâ€™s blessing when auntie fox, with the brambles and thorns trailing behind her tail, comes and claims the land, and says, â€˜Hast thou again hatched young on my land? Get thee off lest I eat thee.â€™ And I am so frightened that I run away, and the fox then takes the family and leaves me childless.â€ The bird stopped here and looked despairingly at the hound. She wondered what he could do for her. But no one knows whence help may come, and just when it is least expected it comes. And so it happened to the bird. The dog who had been sitting all the time, listening as it were with half-closed ears, suddenly shook himself and said, â€œIs that the trouble which ails thee?â€

â€œYes, that is my trouble.â€

â€œWell, if that be so, let me come with thee, and may be that I shall be of some help.â€

And so they both went to the nest of the partridge. There the dog crouched behind the bushes and waited for the fox to come. He had not to wait very long until the fox came with the brambles tied to her tail, and, pulling it along, made pretence of ploughing the land. â€œNow then you partridge, are you trespassing again”

But the fox was not allowed to finish the sentence, for out of the bushes sprang the dog. The fox took to her legs, running as fast as they would carry her. Now, whether the hound ran or did not run I do not know, but I certainly can say that the fox ran for all she was worth and raised a cloud of dust behind her. And so she ran and ran until she reached her lair, and she buried herself deep in the ground, very thankful to have saved her skin from the jaws of death. The hound, wearied, tired, and vexed that the fox had escaped, settled down at the mouth of the lair waiting for the chance that the fox would come out again, that he might set his eyes upon her, but it was all in vain, for the fox, once safe, never dreamt of coming out again. But then the fox, having nothing else to do, started talking to herself.

â€œClever fox, clever fox, I know that thou takest care of thy skin. Well, thou didst well to save thyself, and to get safely away from that hound. Now let me ask my eyes, â€˜What did you do when the hound was after me?â€™â€ 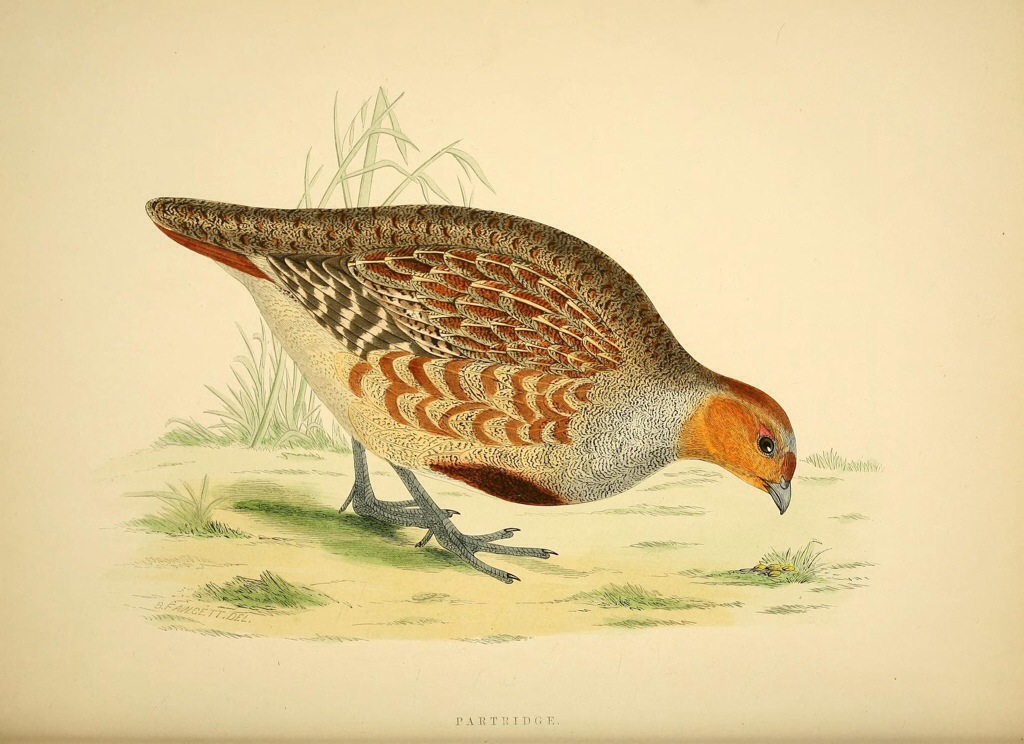 â€œWell, we, turning right and left, looked out to see which way we could save thee and hide thee.â€

â€œDear eyes,â€ said the fox, and full of satisfaction, she stroked them with her paws.

â€œNow I will ask my forelegs.â€

â€œAnd ye, my forelegs, what did you do when the hound was chasing me?â€

â€œWhat did we do? We ran as fast as we could to carry thee safe to the lair and to save thee.â€

â€œVery good, then, my darlings,â€ and she kissed them and stroked them lovingly.

Then she asked the hind legs.

â€œWhat did you do when the hound was chasing me?â€

â€œWhat did we do? We raised the dust and threw it into his eyes to save thee.â€

â€œMy darlings,â€ again the fox said, and licked them and caressed them, â€œso must you always do.â€

â€œI, what was I to do? I waddled to the right and left and yet he never caught me. If it were not for the legs, I am afraid I should not see the sun any more, and neither wouldst thou, O fox.â€

â€œAs thou sayest, then, thou art the only one who did not help me, thou art mine enemy, for if it were not for the blessed legs, none of us would have seen the sun any more. All right, out thou goest, thou fool. Thou must no longer be with me or with my darling eyes.â€ And, turning round, she crawled backwards and pushed it out of the lair. The hound, who was sitting outside, was just waiting for this, and no sooner did he see the bush of the tail coming out than he pounced on it and, getting hold of it, he pulled with all his might and dragged out tail and fox together. And that was the end of the fox. The fox may have been very clever, but the old proverb is true. â€œEach animal dies through his own tongue.â€ And since that time the partridge hatches her young unmolested, and the land of the fox has remained unploughed.