When God had created all the creatures, he gave everyone the food which he thought best for them. When the turn of the hoopoe came, God said to her, â€œThy food shall be millet seed.â€ The hoopoe was not satisfied. She did not think it was good enough for her. So God in his goodness gave her barley grains for food, but the hoopoe cannot easily be satisfied. So she went on asking for better food. And God said, â€œLet wheat be thy food.â€ And still the hoopoe was not satisfied. So God got angry, and said, â€œThou impudent and greedy thing, I have given thee the best food that is in this world, and in which even man rejoices and is satisfied, but as this is not good enough for thee, thou shalt find thy food henceforth in the droppings of other animals.â€ 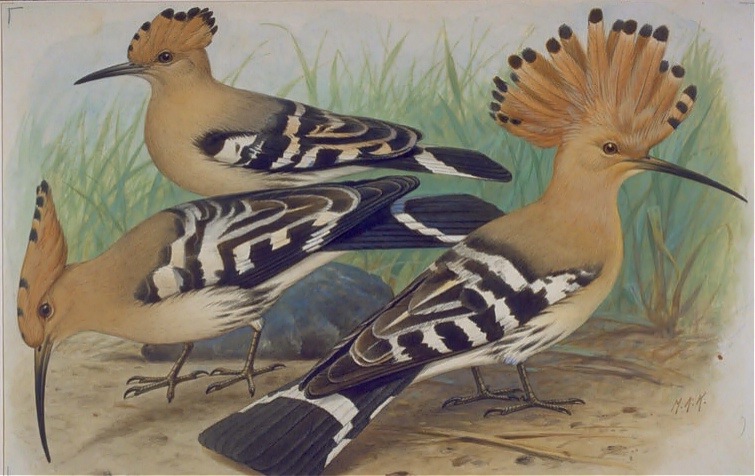 The same happened when God arranged the dwelling-places of birds, where they should build their nests. He had at first given to the hoopoe sweet-smelling bushes and flowering trees to build her nest in. But she wanted something better, and she was punished in the same way as with the food. She now makes her nest in places which are anything but clean and sweet-smelling.