After the creation of all the birds, God called them together and told them they should elect a king to rule over them. The birds, like human beings, would chatter and chirrup, and talk and fight, and never come to any decision.

When God saw that it was going on without an end, and that it was no good waiting for them to make their choice, he picked out the goldfinch and said, â€œThis is to be your king.â€ The birds submitted, as they were bound to do, and making their obeisance to the new king, each one departed to its own place. Although the gathering had lasted for some time, the cuckoo was still missing, and who was the last to come but the cuckoo. When all the birds had departed, he turned up and made his obeisance to the new king. The goldfinch looked at him and said, â€œHallo, cuckoo, where have you been?â€

â€œOh, I lost my way in the forest, and it took me a long time to come here.â€

â€œI will forgive you,â€ said the goldfinch, â€œbut on one condition; you know the forest so well. Go and make me a nice palace out of the bast of the trees.â€

The cuckoo, glad to have got off so cheaply, said, â€œWillingly will I do so,â€ and went away. 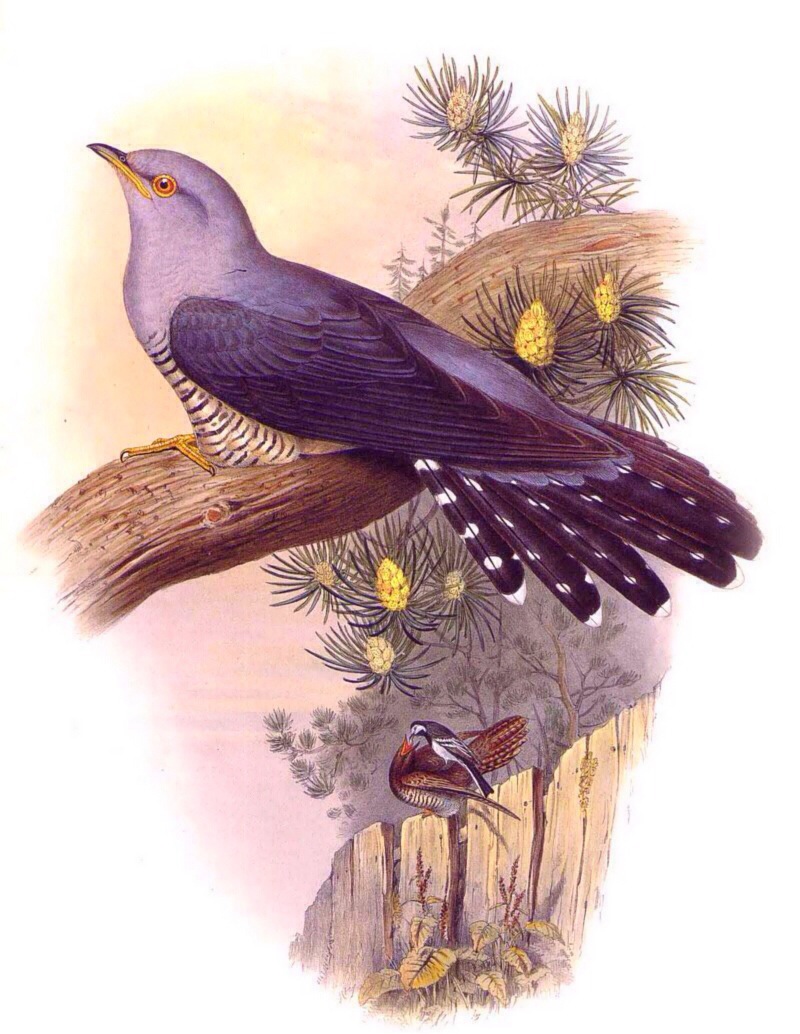 You know the cuckoo, how light-headed and unstable he is: he says one thing one day and forgets it the next, so, light-heartedly he flew from tree to tree and allowed the [169]summer to pass without remembering the promise which he had made to the goldfinch.

When autumn drew near he suddenly recollected that the goldfinch expected him to build him a palace out of the bast of the tree, for the goldfinch wanted to live in a shining palace. And that was just what the cuckoo never intended to do.

Fearing the wrath of the king, he stopped singing and hid himself in the thickest part of the forest. The goldfinch waited month after month to see the palace, and seeing the cuckoo flitting from tree to tree and hearing him singing, thought he was busily at work. But when the autumn came, and no trace of any palace could be seen, he looked round to see where the cuckoo was. But catch him if you can, for he had disappeared.

And that is why the goldfinch never had the palace which he desired. And that is also the reason why the cuckoo stops singing from the feast of St. John, lest he be discovered by the goldfinch and taken to task for his broken promise.
← Previous Post
Next Post →