There lived in a town a brutish man, a grocer, who had only one care, and that was how to cheat and rob in the quickest fashion the people who came to deal with him. But this was not all, for, bad as it is, one might let it pass, as there are so many others who do likewise, cheating their customers right and left. But this man was also a usurious moneylender, and he managed it so well that, instead of helping people, he took the last shirt off their backs and sent them out to die in misery. He sucked the blood of everyone who fell into his clutches.

But everything comes to an end. But no man is likely to repent unless he has first come to grief. So it happened also to this wicked man. Instead of being satisfied with what he had been able to get by draining the very blood of his Christian fellow-men, he persisted in his evil doings, robbing and fleecing right and left, without mercy and without pity. When the cries of his victims came up to God, he decided to punish him, and for his wickedness he changed him into the bullfinch, which has still kept some of the features of the man, when he was a human being. 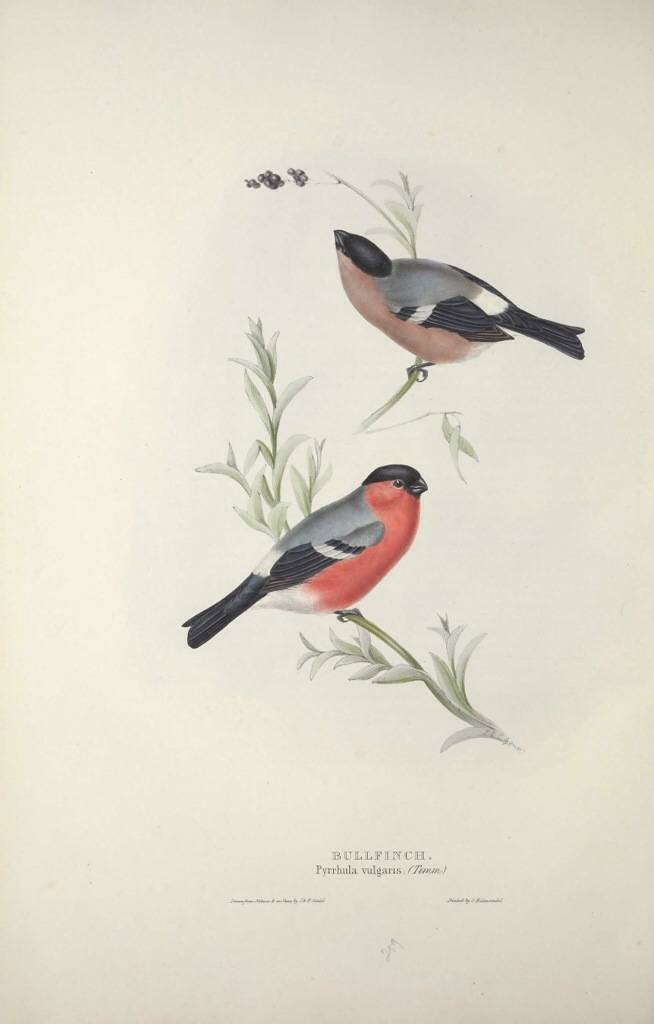 For he had a head like a melon, and a wide mouth, and that is why the bullfinch has such a big head and such a broad beak. The black feathers on its head are the black cap of lambskin which he used to wear. The red breast is the blood of the victims whom he had sucked dry, and the big body is the big belly of the voracious fellow.

Now when a bullfinch is caught, remembering its evil deeds, it will bite out its tongue and die rather than become a mockery to the people whom he had ill-treated in his former life.