It is related that in a certain garden a Nightingale had built his nest on the bough of a rose-bush. It so happened that a poor little Ant had fixed her dwelling at the root of this same bush, and managed as best she could to store her wretched hut of care with winter provision. Day and night was the Nightingale fluttering round the rose-bower, and tuning his soul-deluding melody; indeed, whilst the Ant was night and day industriously occupied, the thousand-songed bird seemed fascinated with his own sweet voice, echoing amidst the trees. The poor Ant could not help admiring, and the gay songs of the Nightingale, and remarking: â€œTime alone can disclose what may be the end of this frivolity and talk!â€

After the flowery season of summer was gone, and the black time of winter was come, thorns took the station of the Rose, and the raven the perch of the Nightingale. The storms of autumn raged in fury, and the foliage of the grove was shed upon the ground. The cheek of the leaf was turned yellow, and the breath of the wind was chill and blasting. The gathering cloud poured down hailstones, like pearls, and flakes of snow floated on the bosom of the air. Suddenly the Nightingale returned into the garden, but he met neither the bloom of the Rose; notwithstanding his thousand-songed tongue, he stood stupified and mute, for he could discover no flower whose form he might admire, nor any verdure whose freshness he might enjoy. The Thorn turned round to him and said: â€œHow long, silly bird, wouldst thou be courting the Rose? Now is the season that in the absence of beauty you must put up with the heart-rending pain of separation.â€ 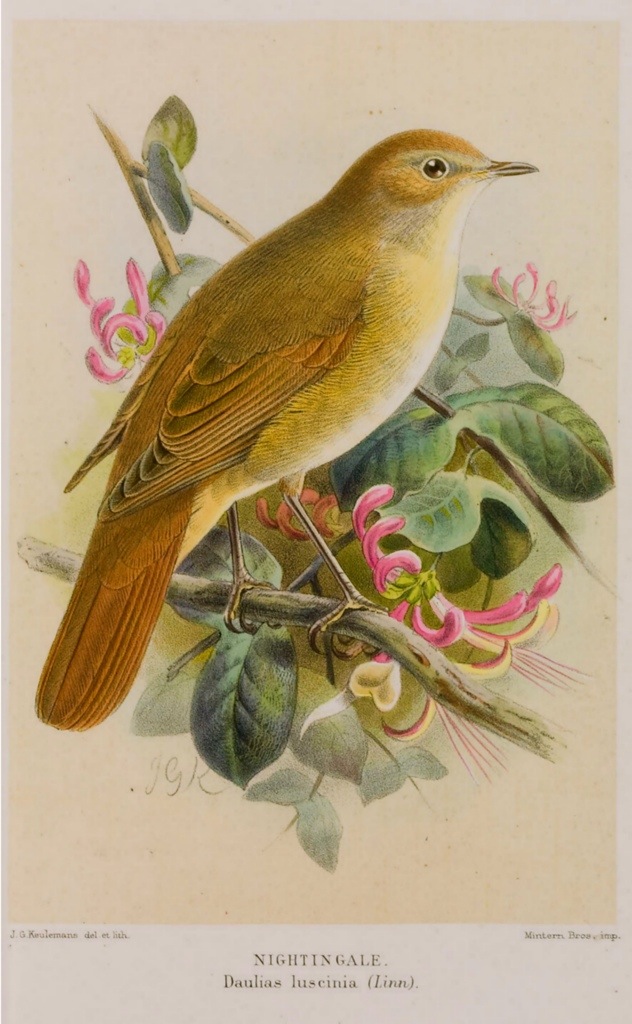 The Nightingale cast his eye upon the scene around him, but saw nothing fit to eat. No food, his strength failed him, and in his helplessness he was unable to earn himself a little livelihood. He called to his mind and said: â€œSurely the Ant had in former days his dwelling underneath this tree, and was busy in hoarding a store of provision: now I will lay my wants before her, and, in the name of good neighbourship, and with an appeal to her generosity, beg some small relief. Like a poor peasant, the half-famished Nightingale presented himself at the Antâ€™s door, and said: â€œGenerosity is the harbinger of prosperity, and the capital stock of good luck. I was wasting my precious life in idleness whilst thou wast toiling hard and laying up a hoard. How considerate and good it were of thee wouldst thou spare me a portion of it.â€ The Ant replied:

â€œYou were day and night occupied in idle talk, and I in attending to the needful: one moment you were taken up with the freshness of the Rose, and the next busy in admiring the blossoming spring. Were you not aware that every summer has its fall and every road an end?â€

Clouston, William Alexander, Flowers from a Persian Garden and Other Papers, 1890