Source to all birds on the Planet
admin
folklore, Strigiformes
Comments

Once a very queer little girl lived in a village beside the great Yukon River.
This little girl did not care to play with other children. Indeed, all day long she would sit inside the stone hut and sleep. But as soon as evening came the little girl would awaken. She would run out to the river-bank to play. She would shout and laugh.

She did not mind the dark. In fact she declared that the sun hurt her eyes and that she could see far better in the dark.
The child’s mother said that for all her queerness the little girl was very wise. She knew many things which grown-up people had never heard.
The people of the village shook their heads. They said there was magic in it all, and that some day something strange would surely happen. 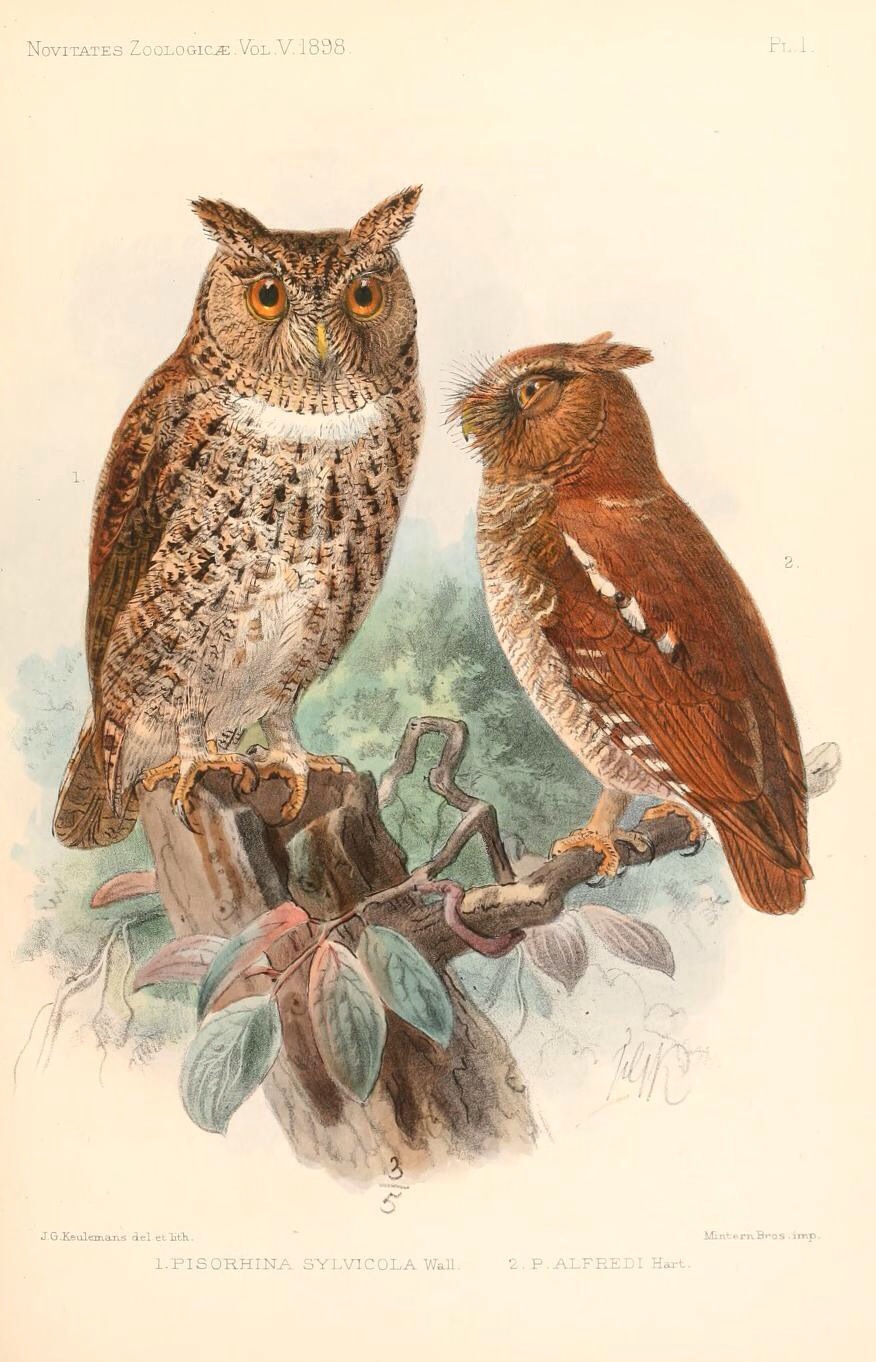 So, when at sunset the queer little girl ran shouting to the river, the people of the village watched from the bushes.
And sure enough, something very wonderful did happen!
One evening the little girl with her big shiny eyes ran shouting among the trees which grew beside the river.
She was chasing a little field-mouse, which at last ran tremblingly up the low branch of a tree and hid in the dark.
But the queer little girl, who could see quite well in the dark, jumped to follow the mouse.
Lo, as she jumped, the queer little girl changed into a bird with a long, long beak and great shining eyes!
Now when she saw what had happened to her she was frightened. In her fright she flew back to her mother’s stone hut.

But now that she was a bird she did not remember about the doors and windows. She flew wildly against the stone wall of the house.
So rapid was her flight that she struck the wall with great force. Her long bill and her face were quite flattened by the blow.
She forgot her mother’s house, and in pain flew again to the trees by the river.
The next night the mother heard the voice of her queer little girl among the leaves calling, “Whoo-whoo-whoo!”
But when she looked she saw only a flat-faced, big-eyed bird who was making a supper of the poor little field-mouse.