The Pheasant once saw a woman beating corn in a wooden mortar in front of the house. “I can do that, too,” said he, but the woman would not believe it, so the Pheasant went into the woods and got upon a hollow log and drummed with his wings, as a pheasant does, until the people in the house heard him and thought he was really beating corn.

In the Pheasant dance, a part of the Green-corn dance, the instrument used is the drum, and the dancers beat the ground with their feet in imitation of the drumming sound made by the pheasant. They form two concentric circles, the men being on the inside, facing the women in the outer circle, each in turn advancing and retreating at the signal of the drummer, who sits at one side and sings the Pheasant songs. According to the story, there was once a winter famine among the birds and animals. No mast (fallen nuts) could be found in the woods, and they were near starvation when a Pheasant discovered a holly tree, loaded with red berries, of which the Pheasant is said to be particularly fond. He called his companion birds, and they formed a circle about the tree, singing, dancing, and drumming with their wings in token of their joy, and thus originated the Pheasant dance. 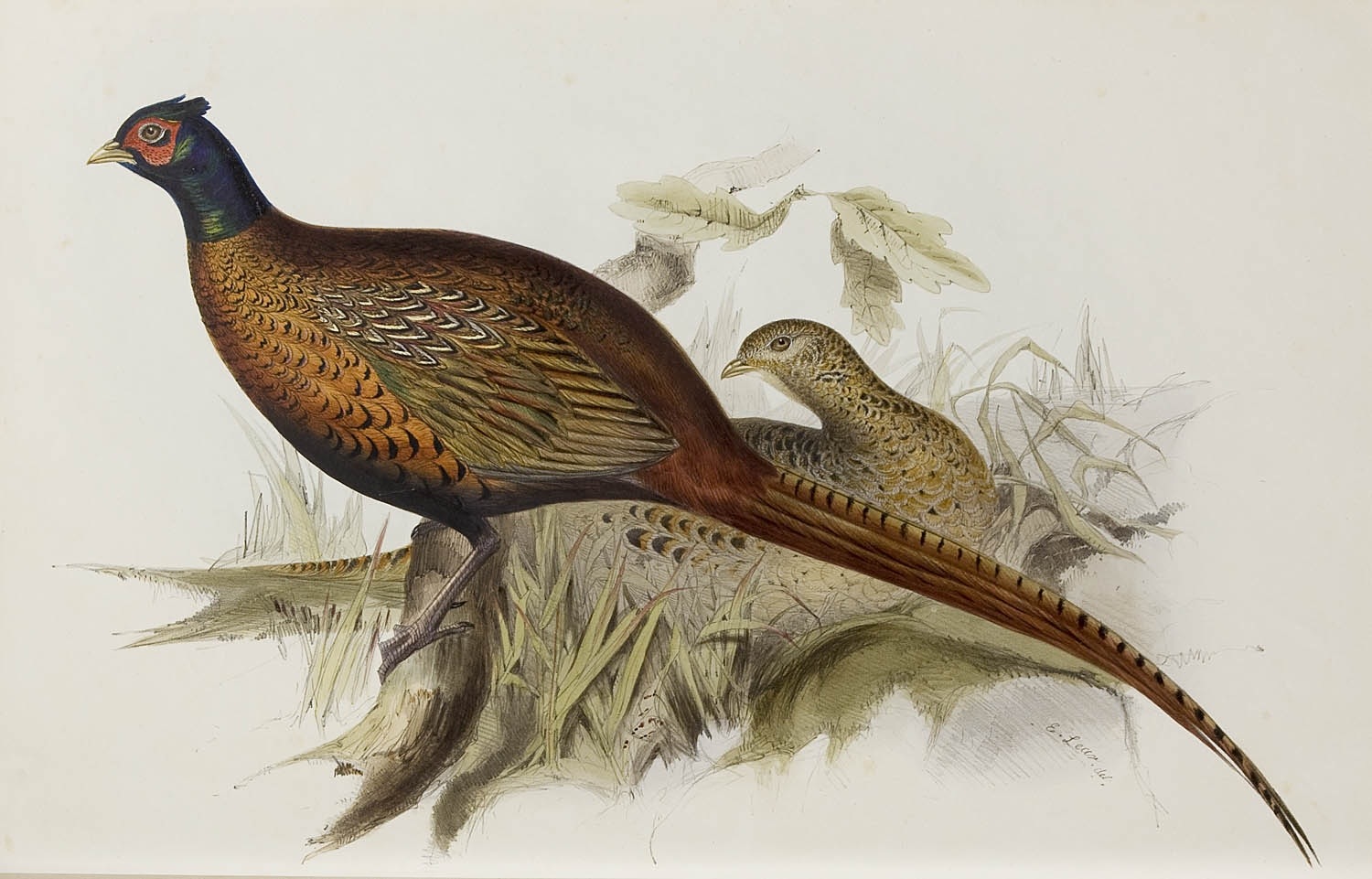