Source to all birds on the Planet
admin
Alcidae, extinct, folklore
Comments

The great auk, now almost forgotten in the world by all except the ornithologists, is still remembered among the Penobscot as one of the legendary bird chiefs. While we may hesitate a moment in believing the strict identity of this now-extinct bird with the hero character in one of the creation tales, it nevertheless seems quite possible that the identity may be correctly assumed from certain traditional descriptive traits. The auk figures as the chief of a tribe which is visited by the chief deity of the Penobscot when his uncle desires to secure a wife.

Auk’s daughter is the girl selected, but before the suitor is accepted tests have to be undergone to prove his worth. One of them is the test of jumping. The chief deity, Gluskabe, gives his uncle power enabling him three times to jump over auk’s wigwam. The uncle, however, becomes over-ambitious and in attempting to make the jump the fourth time falls through the smoke-hole of the wigwam into the fire beneath where he burns his back into a hard crust and becomes a turtle, the ancestor of the shelly tribe. 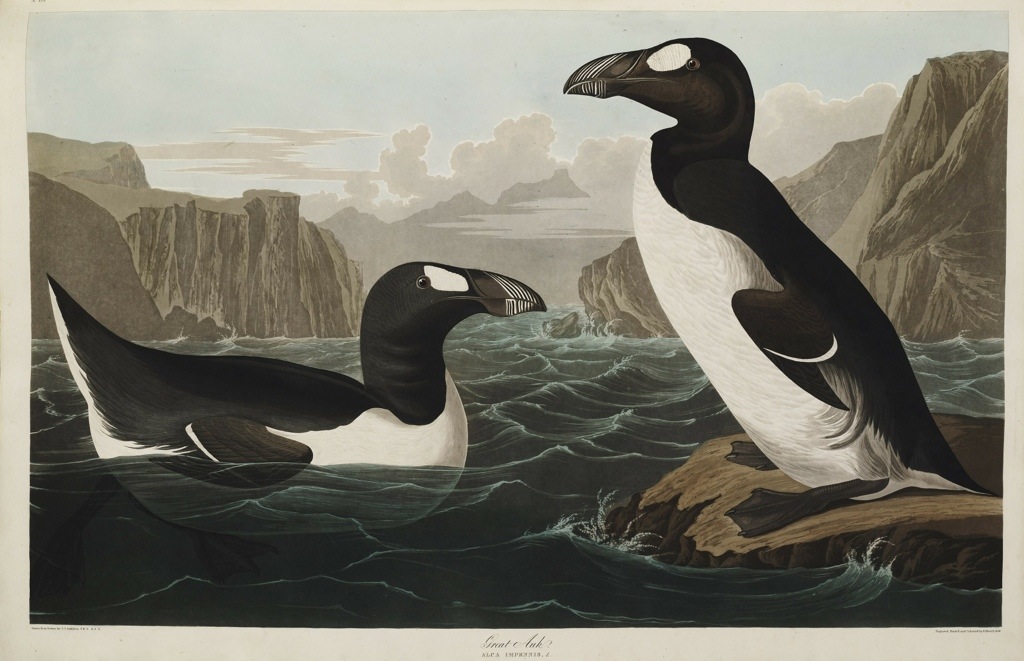