When it is desired that the owner of an afterbirth should understand the cries of the raven, the afterbirth is put down on the beach where the ravens peck at it. And when it is pecked at by the ravens, the man, when he is full grown, will understand the cries of the raven, for the people of olden times considered it important that the raven came to report about the arrival of warriors who came to make war upon the tribes.

Then they would come at once and ask one who understands the raven, tumbling about and crying. It is bad news when they are tumbling about and feathers fall out. Below are the various cries of the raven, which were cited by the elderly of the Kwakiutl, when they discussed about it in a feast, for when the ravens are crying, a man whose after-birth has been eaten by ravens is sent.

ga ga ga gai Warriors are coming to make an attack.
gax gax gax Ravens will eat the bodies of people drowned by the capsizing of canoes.
qudzo qudzo Hunters will bring much meat to feed the people.
gaga ha hagae A chief (or someone else) died.
xagaq xagaq A woman is going to die.
SOX SOX sox It will be calm and sunshine.
gus gux gus There will be heavy rains.
wax wax wax A stranger will arrive on a visit.
xwo xwo xwo There will be a poor salmon run.
xok xok When ravens Ciy thus while fighting in the air, there will be bad news. 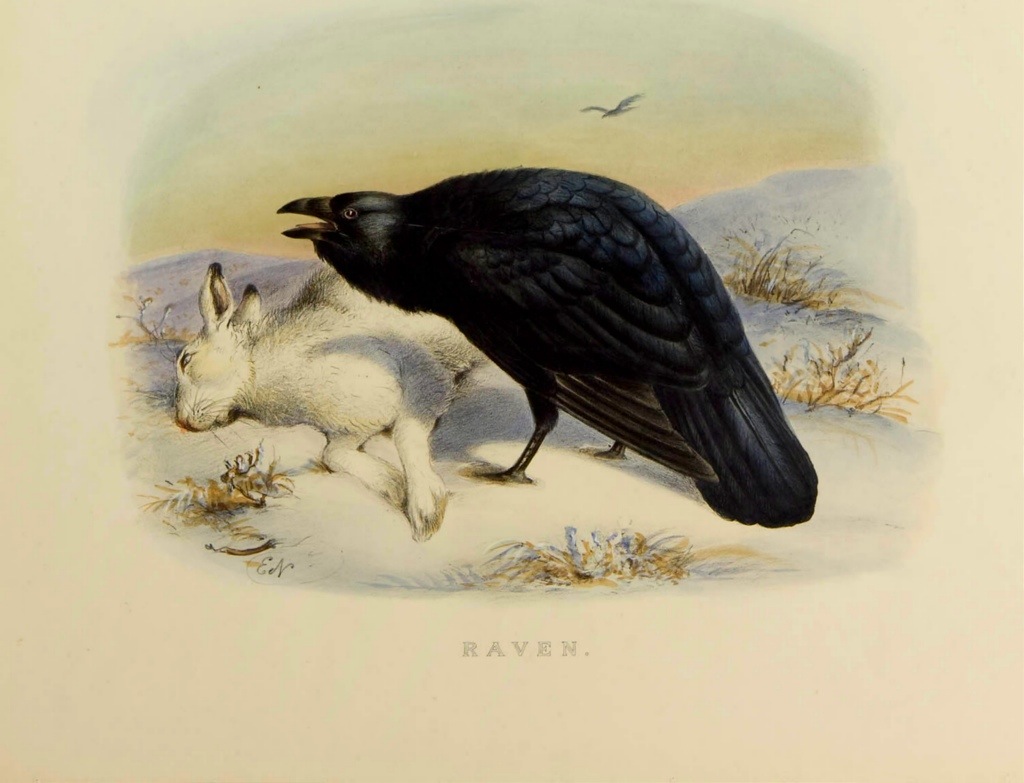