Tawaru-wari was a Carib Indian who one day caught a young eagle, which he took home with him. It became quite tame, and Tawaru-wari had to go out regularly and shoot baboons to feed it with. But the baboons did not like this, so they held a meeting among themselves and agreed that if the man were to kill any more of them, they would catch him and tie him up to a tree. Tawaru-wari did kill another baboon however, very shortly afterward. So these animals, having surrounded and caught him, collected vine ropes with which they tied him to a tree trunk, where, after fouling him all over, they left him. 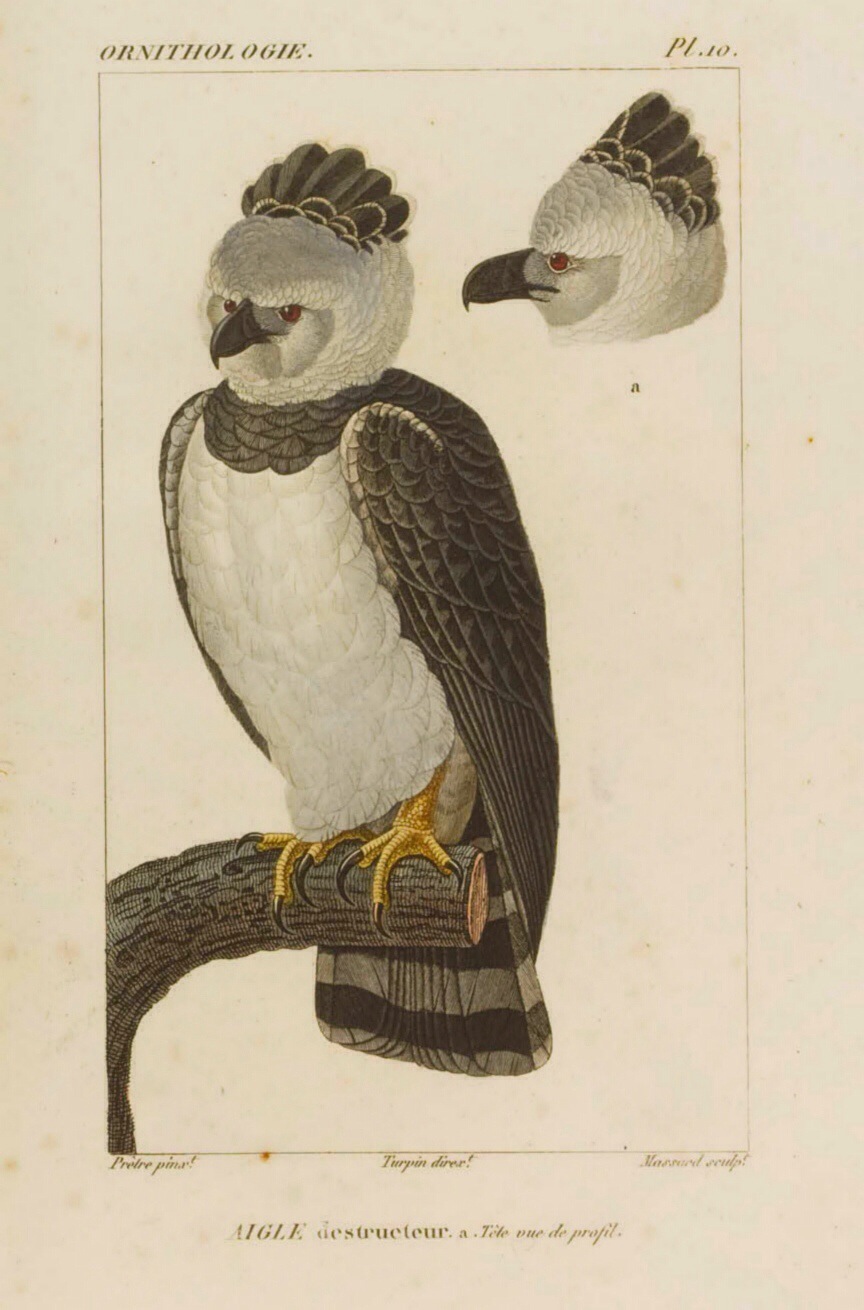 Before taking their departure, they said: “That’s all right now: the eagles will come and eat him.” This was partly true, because soon a big Harpy Eagle scenting the man from afar, swooped down close upon him, and asked him why he was tied up in that way. “Only because I shot baboons,” was the reply. When the Eagle asked him what he shot them for, he said it was for the purpose of feeding the young eagle that he was minding at home. When the bird heard this, he loosened the vine ropes, giving Tawaru-wari his liberty, and supplied him with two more baboons for the baby eagle to eat.