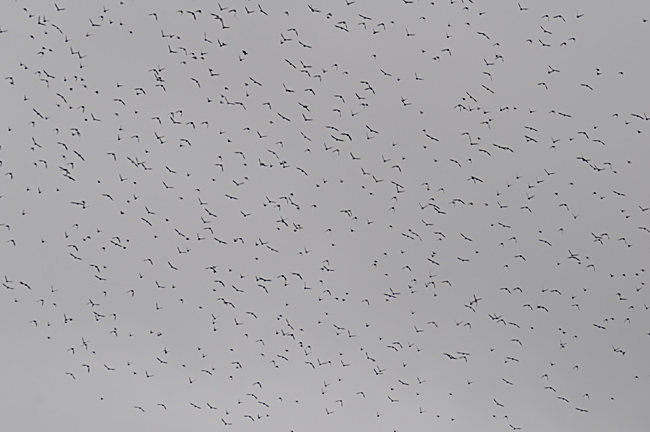 Intraspecific brood parasitism in the Starling Sturnus vulgaris was studied inCentralNorway. Before clutch initiation, Starlings recognise and remove parasitic conspecific eggs but are usually not able to do so after they have started to lay eggs themselves. The frequency of natural parasitism was 10%. Since ejection of the whole clutch has been observed after parasitism in this and other populations, the hypothesis that Starlings can react against parasitism by a conditional response was tested experimentally. The nests in two experimental groups received a foreign conspecific egg into their nests, and in one of these groups a stuffed conspecific female (assumed to function as a conditional stimulus) was placed in the nestbox aperture. For the hypothesis to be supported hosts that observed the conspecific dummy at their nests should eject their clutch more often than those that did not see the foreign female dummy.No such ejection of the clutch was observed. Even with the sight of a conspecific parasite at their nest, and despite their aggressive behaviour against it, the hosts never removed any eggs. These results do therefore not support the hypothesis of a conditional response against parasitism.
A. Moksnes & P.-A. Elvertro, Ornis Fennica 83:139-144. 2006