Source to all birds on the Planet
admin
Ardeidae, Ciconiiformes
Comments

This heron has an extremely small and rapidly declining population. The population will further decrease in the next few years. The loss and degradation of lowland forest and wetlands, hunting, egg collecting and disturbance are the mean reasons for this ongoing decline.

This is a 127 cm very large, long-necked heron. In fact in the past one of its proposed names was Ardea python. Mostly dark greyish with contrasting white throat, belly and vent, and white-streaked scapulars, foreneck and upper breast. Both male and female have two lace-like white-plumes on nape. Juvenile is browner-tinged with smaller plumes. No antique colored plate of this species no colored antique plate is available, we, at Planetofbirds were unable to find one. We settled for a black and white version.

Ardea insignis is known from the eastern Himalayan foothills in Bhutan and north-east India to the hills of Bangladesh, north Myanmar and, historically at least, across west and central Myanmar. It may also occur in south-east Tibet, China, but is now extinct in Nepal. The map below shows the reports of this rare species (taken from Asia’s threatened spacies book):

In Myanmar, Hukaung Valley tiger reserve is the largest area of suitable habitat within the species’s range. Thi area supports about 30-40 individuals. Other significant areas are Hpon Razi Wildlife Sanctuary and Hkakabo Razi National Park, both holding small populations. The findings of field surveys (2006) in Myanmar supported by reports from local people, suggesting that the species has declined in the region in recent years. This evidence suggests there may be fewer than 250 individuals remaining. In north-east India, a few birds are regularly seen in Namdapha National Park, Arunachal Pradesh. The most recent sighting in Assam was of two birds from Subankhata Reserved Forest, Baksa district in 2010. 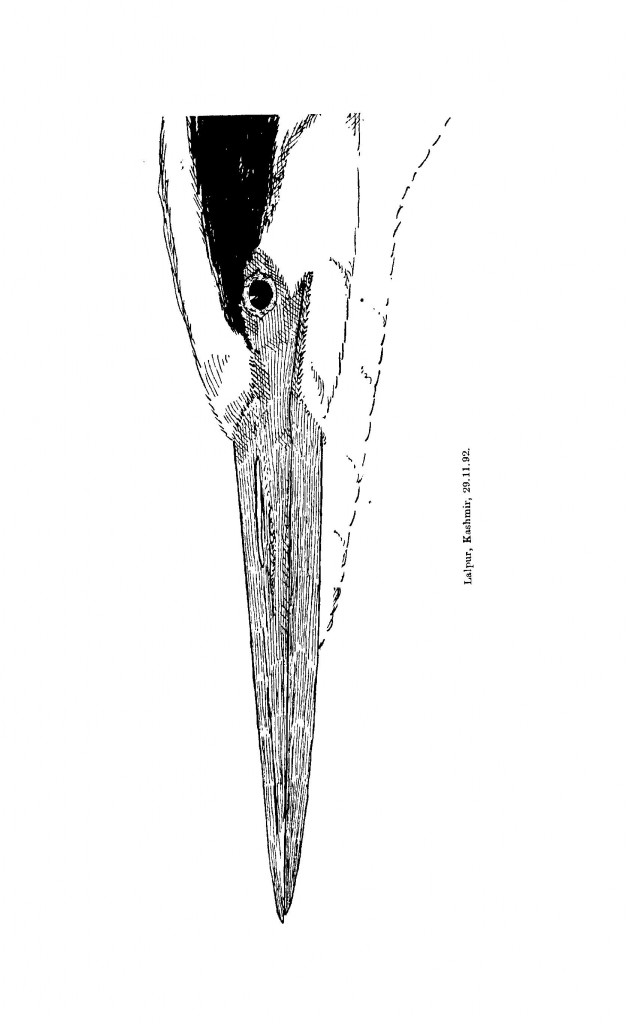 It is primarily recorded from small or large rivers, usually with sand or gravel bars, from sealevel up to 1500 meter. It is a solitary bird but aggregates into small flocks and family groups during winter and prefer to visit inaccessible and undisturbed areas. The species is known to breed and roost in Chir pine forest at steep slopes at 500-1500 m. Birds then moved up to 30 km to feed on sand bars along large rivers. Being large and solitary, its populations have always been thinly distributed, and these factors have perhaps contributed to its decline. It suffers the threats most waterbirds face, namely habitat loss, disturbance, hunting and pollution. One of the most urgent conservation issues is research: surveys need to clarify its habitat requirements, the scale and importance of seasonal movements, and the current size and distribution of the population. 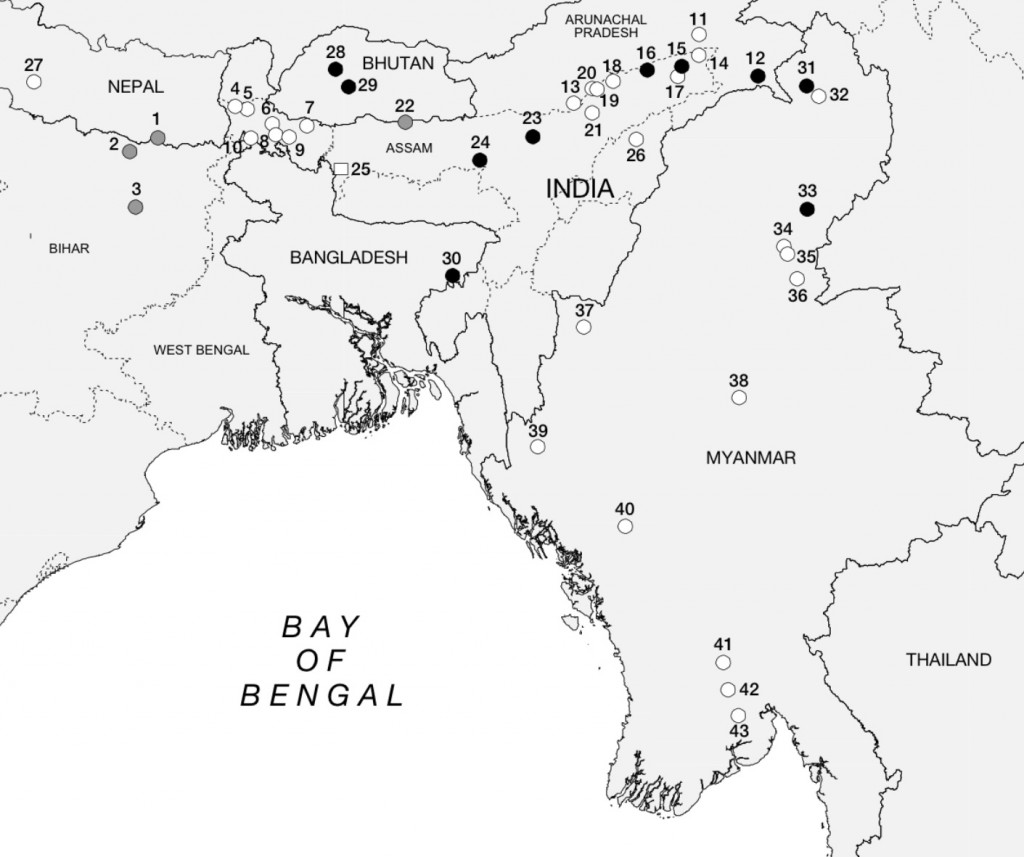 Though a complete population count is yet to be conducted, the current population size is, tought to be extemely small, somewhere between 70-400 individuals. A rapid ongoing decline is expected on the basis of habitat degradation and widespread disturbance, the species is very much critically endangered. We, at Planetofbirds, think this bird will survive in some well guarded nature reserve. If it is not protected, it will become extinct. Its genetic material will weaken as numbers continue to declin. Please visit http://www.sospecies.org/ and support there efforts to save this magnificient beast protecting its key habitat and raise local awareness and guarding. What else is there to do?
← Previous Post
Next Post →