Source to all birds on the Planet
admin
Charadriidae, Charadriiformes
Comments

This species population is very small and declining because of a degrade of suitable nesting ground. The population has shown some signs of recovery and is now above 250 mature individuals.

St. Helena, then uninhabited, was discovered in 1502 and the introduction of goats in 1513 heralded the speedy destruction of the forests, which were said to cover the island. The Wirebird seems to have been first recorded in 1656 and examples collected in 1842, now at the British Museum (Natural History), are of the typical large island race.

In 1861 Beatson, then the Island Governor, wrote: There is, however, a species of land bird, inhabiting the interior, and found in considerable numbers. It is of that description not likely to be brought there by shipping, and seems for this reason particularly to deserve attention. It is not a bird of passage, for it is seen throughout the year: indeed none of that description have ever found their way to St. Helena. It is called the “Wire-Bird” probably from its very long legs, resembling wires, which enable it to run with uncommon swiftness. The legs are of a greenish colour; the body and wings gray; the breast white; eyes large, and the bill moderately long. In its nature it is rather shy ; and as it does not seem to possess those powers of flight which could have brought it from America or Africa, it seems, therefore, not unreasonable to conclude, that it is indigenous to the island. If so, it may be considered as an additional fact, favourable to the conjecture that St. Helena is a fragment of a larger island. 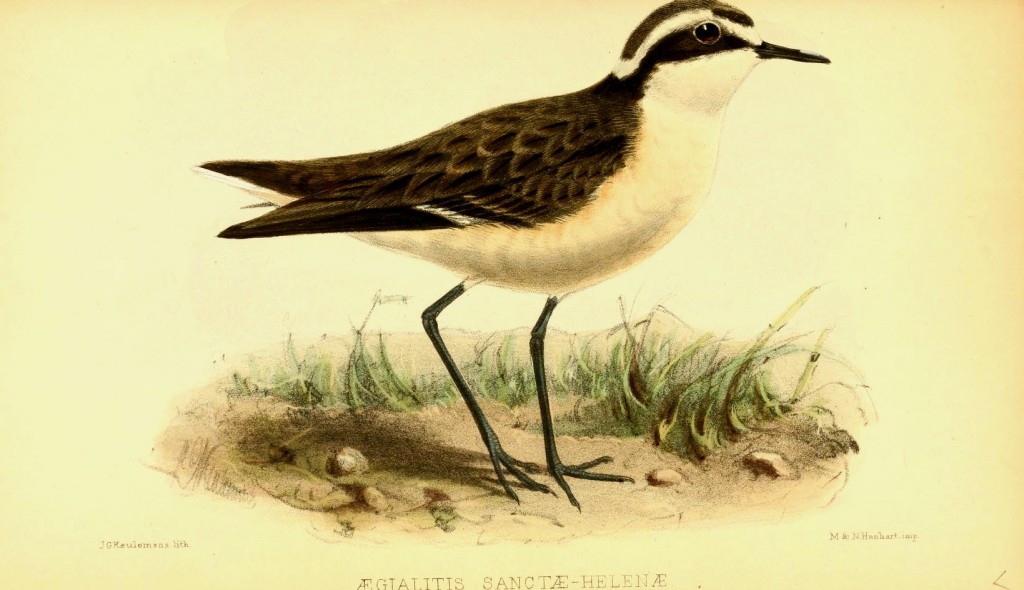 A full survey in 2008 located 373 adults, an increase of 16% from 2007, and there was a further population increase to 397 adults in 2010, indicating that some recovery has taken place, although only 350 adults were counted in 2011. The cause of these apparent fluctuations is still unclear. An overall decline of 20-29% is estimated to have occurred within the last 16 years or three generations.

The large portion of its population occurs in pastureland, favoring dry, flat, short-sward pastures; also occurs in semi-desert habitats. It feeds on a wide range of invertebrates. More than one clutch (usually two eggs) is laid each year, also reolement clutch is usual. Only 20% of the hatchlings reaches maturity, once mature survival is high. Juveniles tend to disperse widely in small flocks.

The species is threatened by the lack of grazing due to changes in agricultural activity. Nesting habitat becomes progressively unsuitable, the spread of invasive species accelarates the decline. Small, introduced mammals (cats, rats) predate on eggs and hatchlings, larger, livestock, mammals trample eggs and nests. Survival rates of nexts are in the order of only a quarter to a third. Other factors are tourism, urbanization and the possible building of an airport right in the middle of a major breeding site in the semi-desert of Prosperous Bay. The most important breeding site (Deadwood Plain), with 20% of the breeding population, has been ear-marked for a significant wind turbine development, with no proposed mitigation measures. Both these develop combined might bring the species to the brink of extinction. 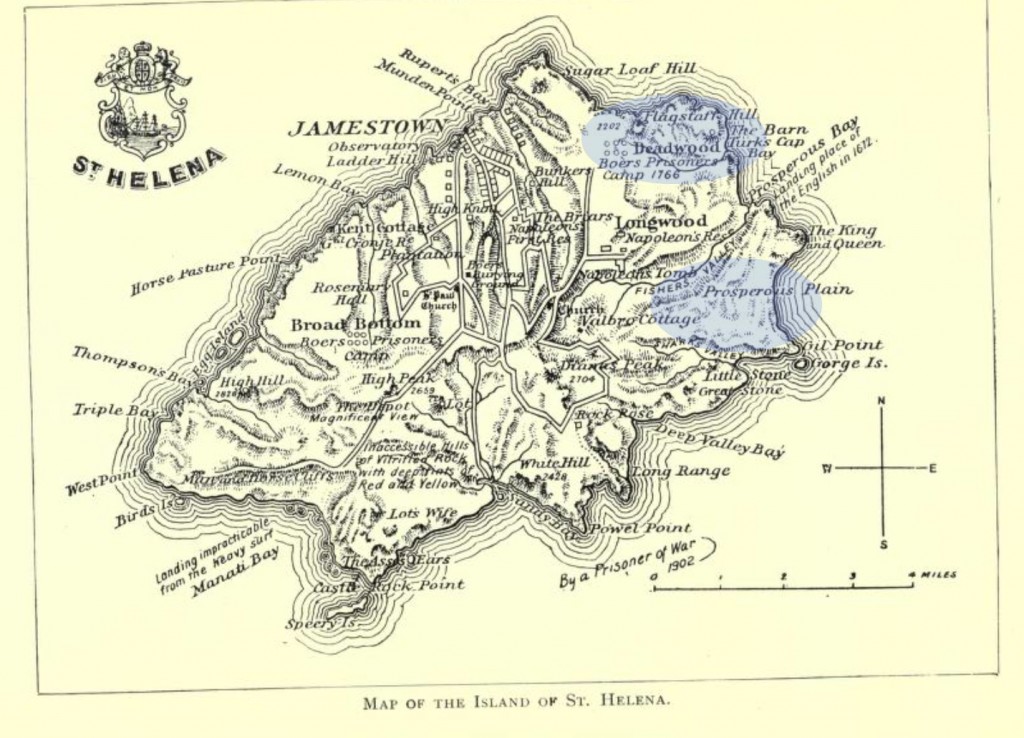 All bird species on St Helena are protected by law since 1894. The British Royal Society for the Protection of Birds cooperates with local organizations in a project titled “St Helena Airport and supporting infrastructure: Mitigation for the Impacts on the Wirebird population”. A Species Action Plan was launched in January 2008 with a ten-year goal that the species can be downlisted to Vulnerable. Next to the major conservation measurements, public awareness is raised, nests protected, feral cats and rats controls are in place, monitoring, tourism channeled (off-the-road vehicles) and land is made agreable to the species.

We, at Planetofbirds, think this species will survive, every possible conservation measure is being taken, now local government will have a clear choice nature or investment, or both?