Source to all birds on the Planet
admin
Cisticolidae, Passeriformes
Comments

Artisornis moreaui occurs at two disjuncted locations a 1000 km apart. It always rare in the forests of the East Usambaras in Tanzania (Artisornis moreaui) and Njesi Plateau in northern Mozambique (subspecies sousae). A. sousae was rediscovered in 2003. In spite of intense surveying the species has not been found in the forests between these locations. Over 90% of its very small global population is confined to one location, Amani Nature Reserve. It is therefore considered Critically Endangered, however, recent research indicates the numbers are not as low as earlier suspected. 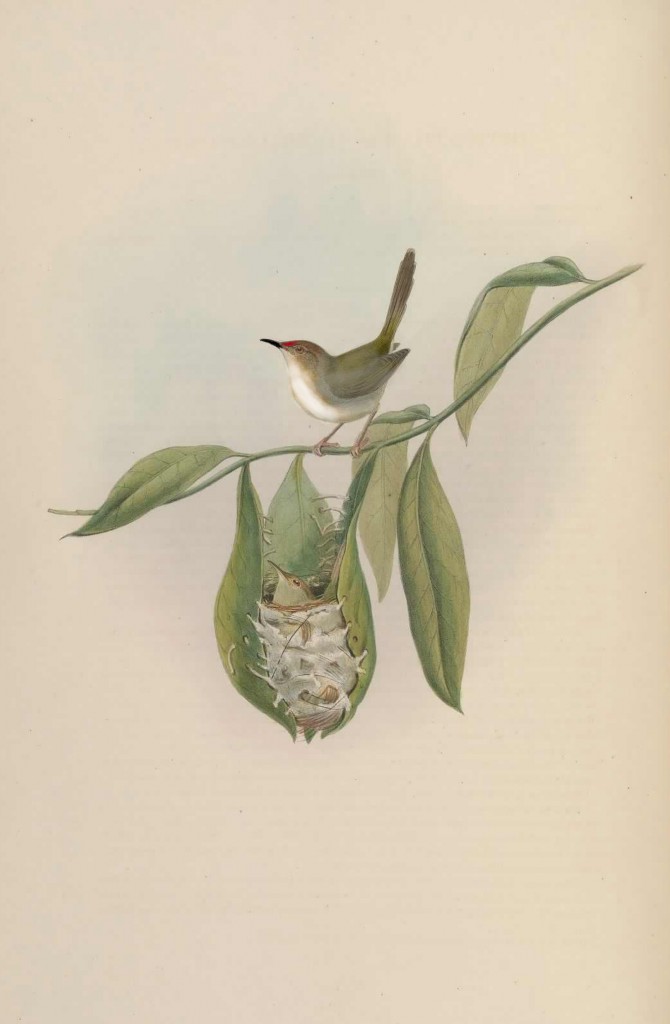 The nominate is a 10 cm small, round warbler of forest edge and canopy gaps. Overall greyish, slightly paler below. Warm brownish tinge on face and crown (can be absent). Very long, black bill. Very rounded head, with plumes extending over to the back of the head. Long tail invariably cocked when excited. Best found in the Amani Reserve. A. Sousae is similar to A. moreaui from which it differs in having the whole upperside slightly darker olivaceous ; forehead, lores and ear-coverts darker, more chestnut-brown ; below greyer, especially on chest and flanks.

The population is esimated at 150-200 in Amani Nature Reserve. The populations on Mount Nilo and the Njesi Plateau are unknown, but may be small, so the global estimate is rounded to 30-200 mature individuals.

A. moreaui in the Usambaras is restricted to a very narrow altitudinal range around 900 to 1000 m. Below this altitude it is completely replaced by the Grey-backed Camaroptera, while at higher altitudes it is replaced by possible congener the African Taylorbird. .All three species are present in the Usambaras and they occupy very similar niches, favouring very dense undergrowth, especially in forest clearings, and along the forest edge. It is very likely that both C. brachyura and O. metopias are competing with A. moreaui and restricting its range. Camaroptera brachyura is not listed for the Njesi Plateau and if it does occur it would be at its maximum altitude. It is possible, therefore, that this species has also played a part in fragmenting the range of A.moreaui. It is likely that O. metopias has largely displaced A. moreaui from most of its former range.

Major threats are forest destruction, heavy pressure on most unprotected forest, especially for mining, pole-cutting, cultivation and firewood-collection. Also the harvesting of plants for medicinal purposes causes disturbance. Likewise the clearance of vegetation along powerlines has resulted in the loss of territories.

Conservationists are now trying to extend the habitat areas in protected areas, raise local awareness and learn more about the habits of this elusive species.