Eyton in 1838 described it as follows:Merganser, with the head and neck glossy green; the occiput with a long pendent crest the same; the whole of the back, tail, and wings sooty black; wing spot white, divided by a black streak; under surface and the lower part of the neck brown, the latter, with the flanks, minutely spotted and barred with white; the abdomen broadly so ; bill black; legs and feet orange, with the webs dusky. 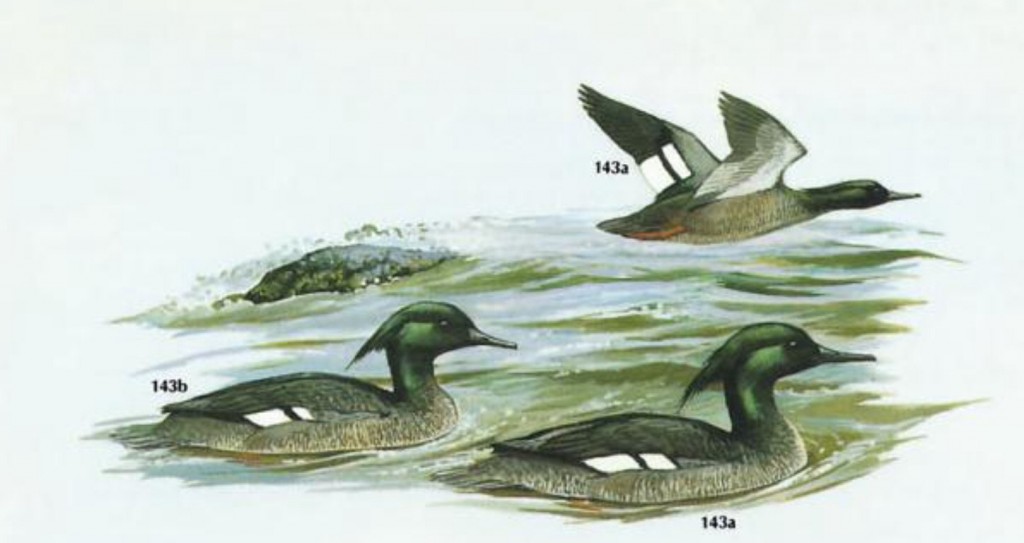 This species status may be slightly better than was thought. It was estimated at 250 individuals in 1992, with a declining prognosis. It seems, however, the population is currently about the same size. The Brazilian Merganser is a true habitat specialist, inhabiting shallow, fast-flowing rivers, requiring rapids and clear waters. It is highly sedentary and will not leave its territory once established. Young may disperse to establish territories. It needs a stretch of river of about 10 kilometer to forage. It prefers small rivers with patches of gallery forest surrounded by cerrado (tropical savanna) with vegetation overhanging the water.

These very specific habitat demands it currently finds in just three disjunct localities in south-central Brazil. The species’s stronghold is around Serra da Canastra National Park, Minas Gerais, holding the majority of the known population, PatrocÃ­nio municipality, Minas Gerais and GoiÃ¡s, from Emas and Chapada dos Veadeiros national parks. During the nineties several small populations were recorded, but all were disappeared a decade later. In Argentina and Paraguay it may survive in very low numbers. 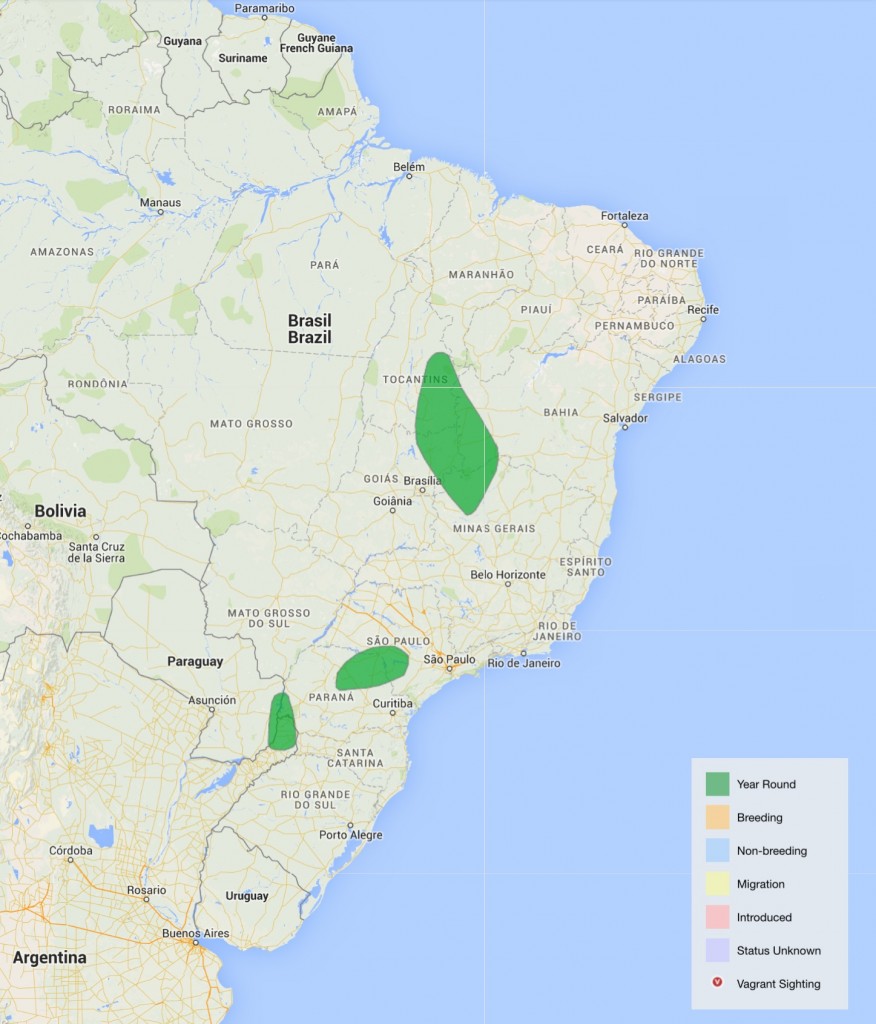 Very little historic information is available, at least, we at PoB, could not find it. The reasons of its decline the usual, habitat loss because of pollution of rivers, deforestation, agricultural expansion and diamond-mining, development of hydropower infrastructure. Tourist activities result in river disturbance within known territories.

Birdlife proposes these conservation measures. Continue to monitor the Serra da Canastra population. Develop and implement a fieldwork strategy using satellite images. Protect the watershed and riverine habitats of populations, especially in Bahia. Improve local awareness and promote riverbank protection. Conduct surveys in Paraguay to confirm local reports. Advocate for the expansion of the Chapada dos Veadeiros National Park in Brazil to include the population in the Rio das Pedras. Continue to develop captive breeding programmes.