Source to all birds on the Planet
admin
Bucerotidae, conservation, Coraciiformes, extinct
Comments

We were so fortunate as to secure aseries of fourteen specimens of this rare horn-bill from Sulu and Tawi Tawi. The tail is pure white. All other parts black, the feathers of back and wings glossed with dark green. The bill in abult birds is coal black. In all of our adult males the iris was nearly white while in the females it was dark brown. Legs and feet dull leaden, nails black. Young birds have tip of bill white or pale horn. Fairly common on the hills back of the town of Sulu and very abundant in Tawi Tawi where it occurs in great flocks. It is a very wild bird, always difficult to approach. Its cry is the most peculiar bird note we have ever heard. It begins with a series of notes precisely like the “song” of a common hen magnified about fifty fold and ends with an indescribable combination of cackles and shrieks. 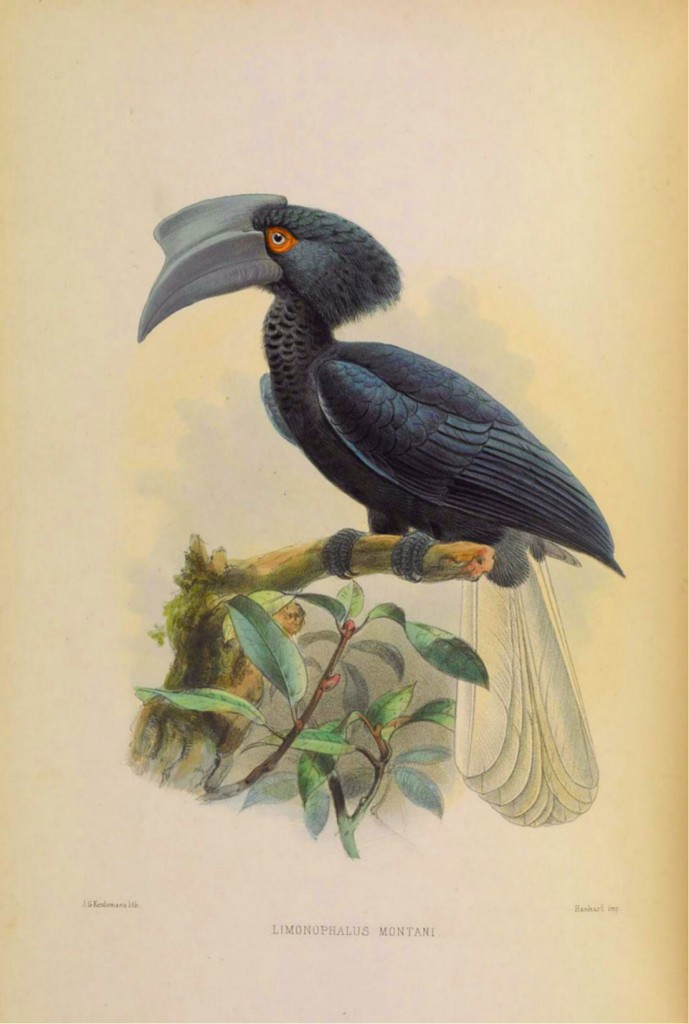 In 2014, exactly 120 years after the writing of the above account, reality dictates that this hornbill faces the possibility of imminent extinction. It now has a tiny population probably confined to just one island. Numbers will fall very fast due to the ongoing loss and degradation of the few remaining forest tracts in its range.

This is a blackish hornbill with wholly white tail. Black bill and casque, bare blackish skin around eye and small patches near bill-base. Glossy dark greenish upperparts. Iris cream-coloured in male and dark brown in female. Pale tip to casque-less bill in juvenile, and sometimes whitish-tipped primaries. It inhabits primary forest, usually on mountain slopes (although this may simply be enforced by forest loss).It requires large trees for nesting.

This species is endemic to three islands in the Sulu archipelago in the Philippines, it is now with certainty only extant on Tawi-tawi. Evidence suggests that the population is extremely low, even fewer than 20 pairs in the main mountain range. It is almost certainly extinct on Sanga-sanga. It also visits the nearby small islands of Tandubatu, Dundangan and Baliungan, these islands hold very little primary forest and it is unlikely resident populations can be found. The population is currently estimated to number a minimum of 40 individuals, equivalent to 27 mature individuals.

The Sulu Hornbill became in the last decennia highly threatened by forest destruction and intensive and uncontrolled hunting. Local people report that the species is shot in the forest, for food or just for fun and target practice. Because the political turmoil the island holds a large number of heavily armed militant groups, this threat must be taken very seriously. Young may be taken for food, and the species may be collected for trade.
Evidence gathering surveys are a necessity to save this species and other endemics to the Sulus and Tawitawi. Naturalists think it very dangerous due to the continued presence and unoredictable activities of extremist groups on the islands. A number of threatened bird species are completely dependent on forests in the Sulu archipelago, mostly on forest on Tawitawi: 1) Sulu Bleeding-heart Gallicolumba menagei, 2) Sulu Brown-dove Phapitreron cinereiceps, 3) Blue-winged Racquet-tail Prioniturus verticalis and 4) Sulu Woodpecker Picoides ramsayi. 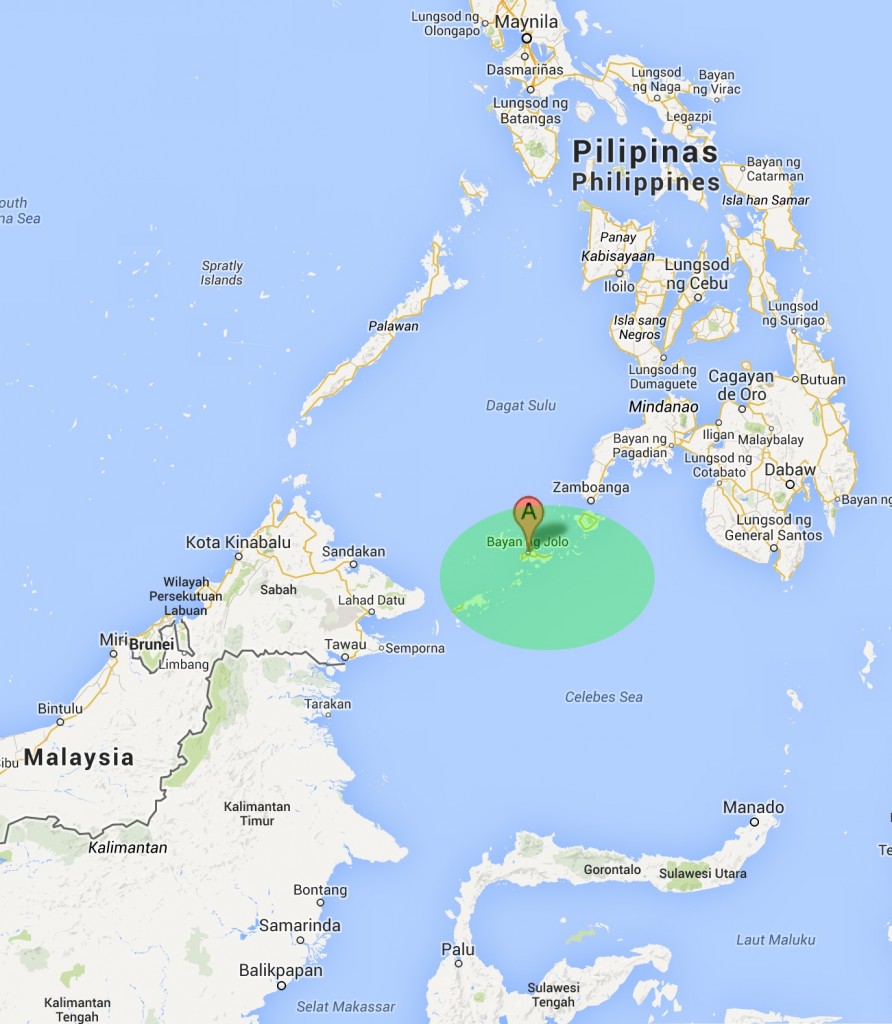 In summary (as stated in CITES II) military activity and insurgency continue to present a serious obstacle to conservation work in the Sulus. There are no formal protected areas in the archipelago. A proposal exists to provide conservation funding for the Tawi-tawi/Sulu Coastal Area, although neither the outcome nor the likely benefits to the species is known. A draft a municipal resolution for the banning of hunting or capture of Tawi-tawi endemics has been developed and was planned to be passed in July 2010.

Although several conservation steps have been drafted, without the consensus of the local militias, none will become a reality. Conducting surveys, designate protected areas and raise local awareness is next to impossible without endangering human life. This will proof to be a too high price. Possibly the species may survive in higher elevation forest.