Source to all birds on the Planet
admin
conservation, Furnariidae, Passeriformes
Comments

In 1859 Sclater, the famous zoologist wrote in the Ibis, the magazine of the British Ornithologists’ Union:
“Oxyurus masafuerae seems to be restricted to the island of which it bears the name, as Dr. Philippis collectors never obtained specimens in Mas-a-tierra, although they made a diligent search for it. In Mas-afuera it is found in the woods in small flocks, and has the same habits as its Chilian representative.” 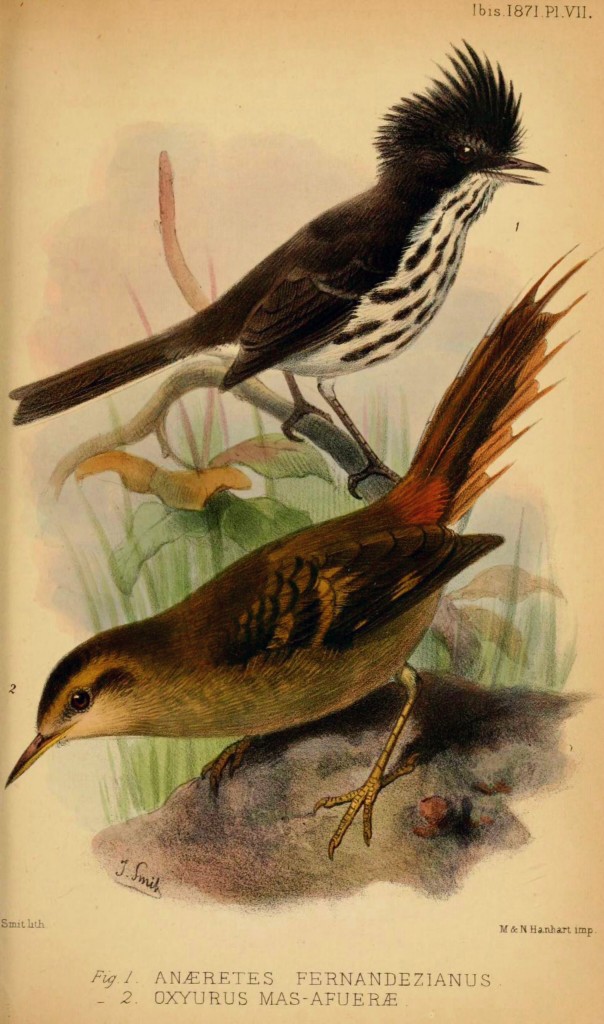 In 1917 Carl Skottsberg in his book ‘The natural history of Juan Fernandez and Easter Island’ wrote about the species: “Aphrastura (Oxyurus) masafuerae Philippi Masafuerae. According to Mr. BackstrÃ¶m, this bird is scarce and difficult to obtain. Probably it is almost confined to the higher parts of the island, where Dicksonia is common in the forest. Two specimens were seen in a fern grove above Varadero, two more in Quebrada de las Chozas.”

The Masafuera Rayadito is a 16 cm small, distinctive furnariid. Generally dull greyish-buff. Dusky brown crown and auriculars. Dull buff throat and eyebrow. Blackish wings with two cinnamon-buff bars across remiges. Black tail with pale rufous central feathers and broad tip to outer rectrices. Slender bill. It is endemic to Alejandro Selkirk (MÃ¡s Afuera) in the Juan FernÃ¡ndez Islands, Chile.
It is endemic to Alejandro Selkirk Island (formerly MÃ¡s Afuera Island) in the Juan Fernandez group off Chile. It resembles the only other species in its genus, the Thorn-tailed Rayadito (A. spinicauda) of the mainland. The Masafuera is a little larger, longer-billed and more dull colored than the Thorn-tailed. The species is found in pairs in scrub and undergrowth, often near streams, at higher elevations. It is active and acrobatic in its search for arthropods. The nest is placed in a rock cavity well above the ground. In the 1980s the population was estimated at about 500 birds. In 2002 and 2011 the population was extimated to be about 140 birds. In 2006-2007 however, it was again estimated at 500 birds.

The species seems to have shown a rapid decline between the mid-1980s and early 2000s, but seems to have stabilised at around 140 individuals since then. MÃ¡safuera Rayaditos breed in small holes in steep rocks. All nest sites were located in the summit region of Alejandro Selkirk Island above 1,200 m altitude, characterised by fern stands. Only four natural nests have ever been found, but three complete and four incomplete nests were constructed in nest boxes.
In general, the population decreases strongly when a MÃ¡safuera Hawk (Buteo polyosoma exsul) is present close to the nest site. It hunts primarly on Rayaditos, both adults and juveniles. Habitat destruction and predation pressure have caused the MÃ¡safuera Rayadito to be the most endangered bird species in Chile (total population, early nineties, circa 140 individuals).

It is probably secure as long as mature tracts of the ferns remain intact. A large part of natural vegetation on the island has been degraded and fragmented by goat-trampling, fire and logging. Mature trees are important for foraging, roosting and the provisioning of nesting cavities. Introduced predators, rats, mice destroying clutches, and feral cats hunting the birds. It is absent from the lowlands, where the forest understorey has already been destroyed. Now solely confined to higher elevations, climate changes may also be a threat. To protect the species (and others), sheep were removed from the island in 1983 and a goat control programme was undertaken from 1998-2003 but this was not or only sporadically prolonged. Eighty-one nest boxes were installed in a variety of habitats in 2006, with a few having been used during the 2006-2007 breeding season.

In present day eradication of introduced animal and plant species is the highest priority conservation action for Alexander Selkirk Island as it is critical to ensure the persistence of multiple endemic species and subspecies, including rayaditos and petrels. Educational programmes to increase awareness of the species, both in the islands and more broadly to the general public, is another major priority. 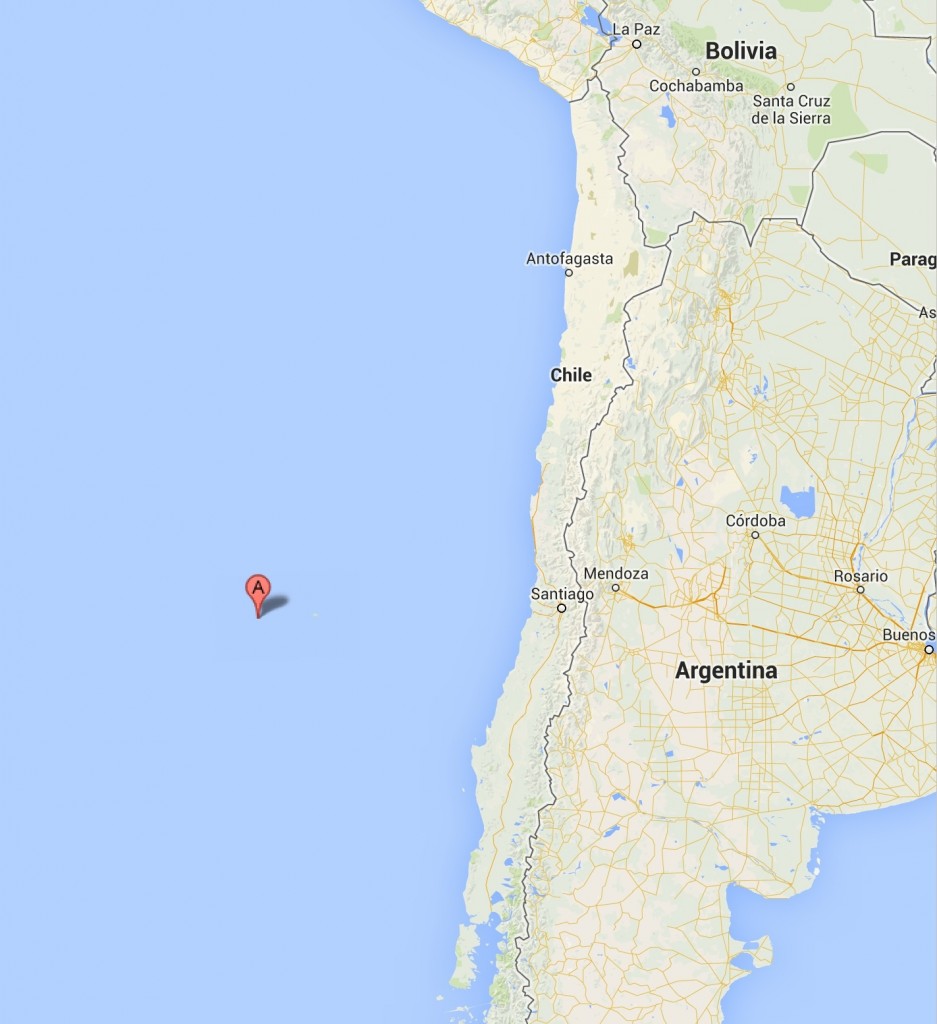 In 1859 the Masafuera Rayadito seemed to be not uncommon, while in 1917 it had become a scarce species on the Island. During the first 75 years of the twentieth century thorough surveys have not be conducted. In the eighties the species was on the brink of extinction, recovered in the first decennium and than declined rapidly again. Nowadays the species might just survive if its habitat (stretches of fern trees) survives. Let us pray it does.