Source to all birds on the Planet
admin
conservation, extinct, Psittacidae, Psittaciformes
Comments

Comments on the Glaucous Macaw were first published by Sanchez Labrador (1767) who wrote that the Guaa’-obi lived along the banks of the Uruguay River, and to a lesser extent, in the forest near the Paraguay River.
The species was first described by Vieillot in 1816, as Anodorhynchus glaucus, based on the observations of Azara (1805). Azara wrote that the Glaucous Macaw was a common bird along the banks of the Parana and Uruguay River. Anodorhynchus glaucus was once widespread but very local in north Argentina, south Paraguay, north-east Uruguay and Brazil from ParanÃ¡ state southwards. It became rare before or early in the second half of the 19th century and there were only two significant records in the 20th century, one in Uruguay in 1951 and one in Parana based on local reports ten years later. It is presumed extinct, but rumours of recent sightings, local reports and birds in trade indicate that a few birds may still survive. Also its formerly large range has not been adequately surveyed, and there have been persistent and convincing local reports.

It is a 70 cm large blue macaw. Pale turquoise-blue with large greyish head. Proportionally long tail and massive bill. Yellow, bare eye-ring and half-moon-shaped lappets bordering mandible. Similar spp. Lear’s Macaw A. leari has a bluer head and is not sympatric, but specimens in trade could be confused. Hyacinth Macaw A. hyacinthinus is considerably larger and bulkier, more violet-blue in coloration and yellow lappets extend along the base of the mandible. Also not sympatric. Voice Unknown. 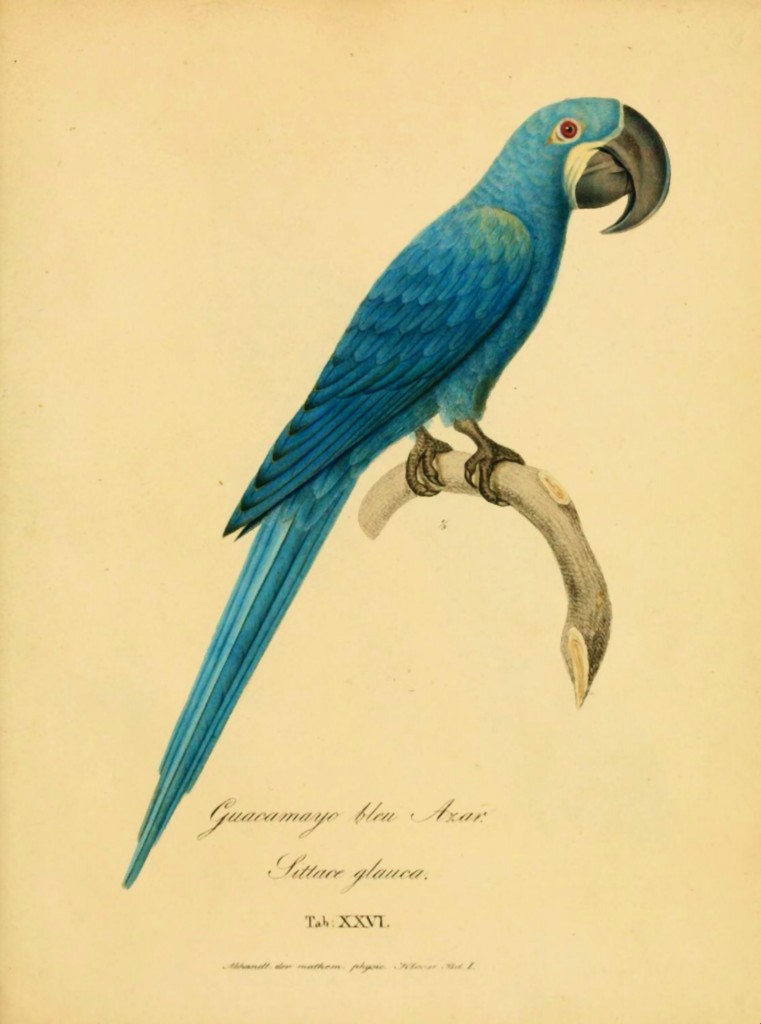 Its extinction, which seems now to be in doubt, was probably caused by the long-term effect of the introduction of domestic herbivores. It is very well known that in the La Plata region (former range of Glaucous Macaw) palm groves subject to grazing pressure from feral cattle tend to decline.
Anodorynchus macaws are specialised palm-nut feeders, requiring dense stands of palms. Based on the habits of the two living species (Hyacinth and Lear’s), it is suggested that the Glaucous Macaw A. glaucus was a highly specialised species, with a very restricted range. When first reported, the population was probably already very local and declining. The large bill of the species was highly specialized on the nuts of the Chatay palm (Butia yatay), which must have been the Glaucous Macaw’s main food source. The “Chatay” palm groves suffered decline caused by the introduction of cattle, and today they are no longer sufficiently blooming. This rapid decline of its main food source combined with the slow reproductive rate probably pushed the species at the very least to or most likely over the brink of extinction. 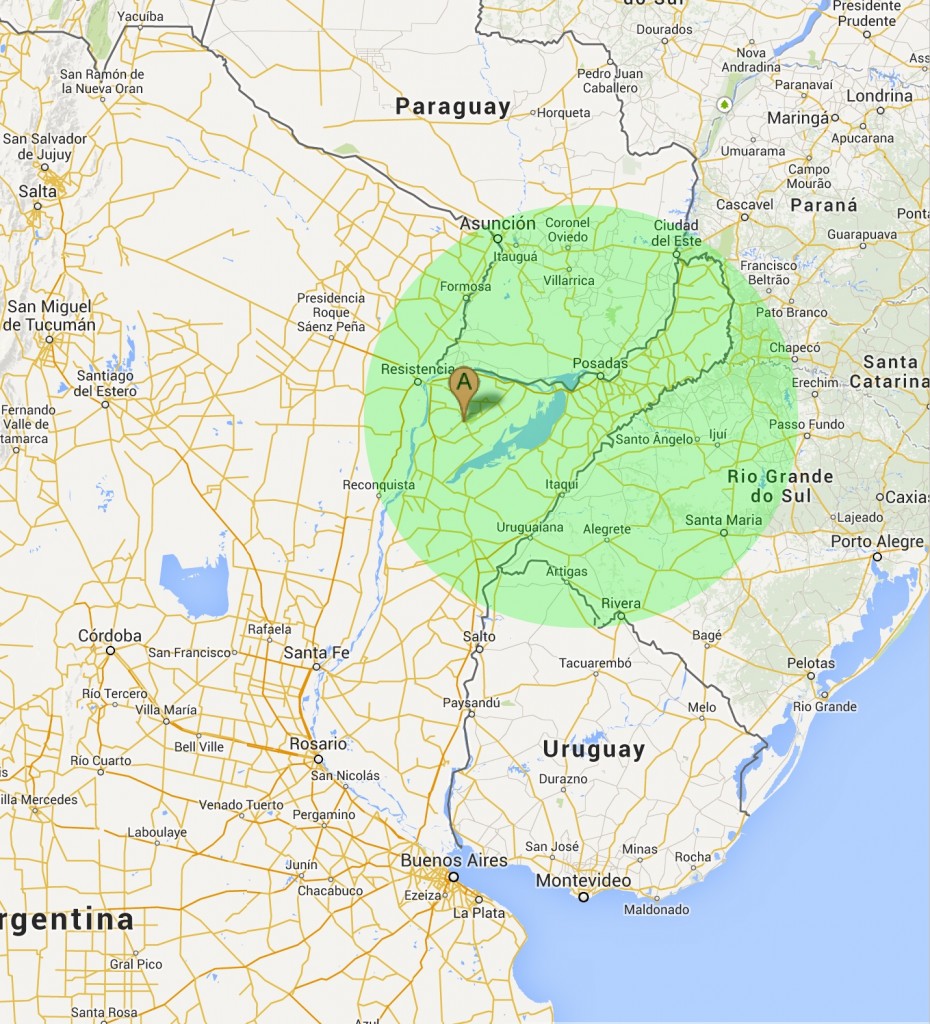 We end this tragedy with the words of renowned ornithologist Robert S. Ridgely who spend much time in search of this species:

Exactly what happened to the Glaucous Macaw is a mystery. It would appear that neither deforestation nor any other form of habitat disturbance can have caused its decline, for extensive forest remains over much of the species former range, especially in Paraguay. Furthermore only in the last few decades, long after the Glaucous Macaw had declined, did any serious habitat disturbance begin to take place.
Hunting seems unlikely to have been the major cause of such a rapid decline, though the species could have been unusually vulnerable, especially if in fact it was found mostly along the larger rivers. Several much favored gamebirds, among them the curassow Crax fasciolata, however, are still found in good numbers in the very same forests. Conceivably, a natural catastrophe played a role (perhaps some pathogenic factor, or an unusually cold spell, which greatly reduced available food), or possibly the species simply declined on its own. We are unlikely ever to know what happened, for much as with the Carolina Parakeet (Conuropsis carolinensis), the species slipped away before anyone realized it was going.