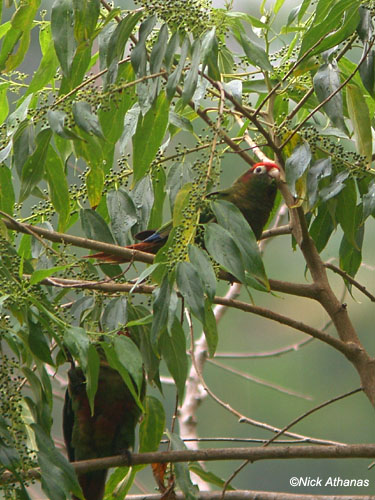 The entire head is not red, but the crown is bright rose ret. There also is a small red area on the auriculars, but otherwise the remainder of the head is green. The most striking feature is the white of the primary coverts, which contrasts with the blue primaries and the green body plumage. Tail brown/red. Bill horn in colour. Eye ring bare and white. Eye brown.

Listen to the sound of Rose-crowned Parakeet

South America : West Venezuela. The Rose-headed Parakeet is restricted to the Andes of western Venezuela