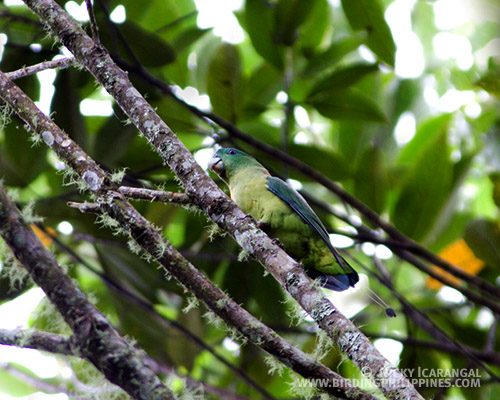 Oriental Region : Philippines. Prioniturus montanus is endemic to Luzon, Philippines, where it is almost entirely confined to montane forest regions (above c.700 m) in the Cordillera Central and the Sierra Madre

Little is known of its ecological requirements: it occurs in humid montane forest from 850 m to 2,900 m.

It feeds on seeds, berries and nuts. Seen singly or in pairs, sometimes in groups; noisy and conspicuous in flight; difficult to find while feeding.