Source to all birds on the Planet
admin
Australasia, Psittacidae, Psittaciformes
1 Comment 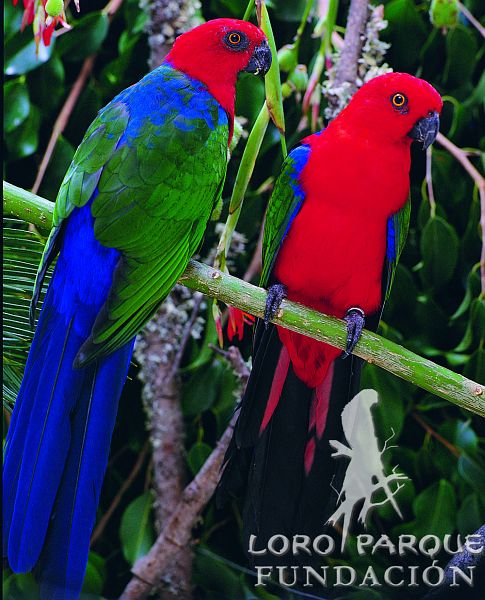 Classified in the subfamily Psittacinae within the true parrot family, the genus Alisterus was described by Australian amateur ornithologist Gregory Mathews in 1911. They were previously considered part of the genus Aprosmictus, which contains the Red-winged and Olive-shouldered Parrots. The king parrots appear to be most closely related to the genera Aprosmictus and the long-tailed parrots of the genus Polytelis, united by similarities in food begging and contact calls by chicks, and by more recent molecular analysis in 2005. The molecular work placed this group in turn as sister to a group containing Eclectus, Tanygnathus, and Psittacula. The three species are forest-dwelling, and are found singly, in pairs, or in groups.

Listen to the sound of Moluccan King Parrot

Found usually in pairs or small groups; is shy. Remains in thick foliage. When approached will fly to cover calling loudly. Occurs from lowlands to around 2100m (6888 ft). Found in dense humid primary and secondary forest, and sometimes in nearby plantations, farmlands and gardens.

Nests in holes and cavities; in captivity clutch 2 eggs, incubation about 20 days and fledging period about 9 weeks.

Feeds on Lithocarpus acorns, as well as the hard fruits, buds and berries of other trees.