Source to all birds on the Planet
admin
Middle America, Psittacidae, Psittaciformes
1 Comment 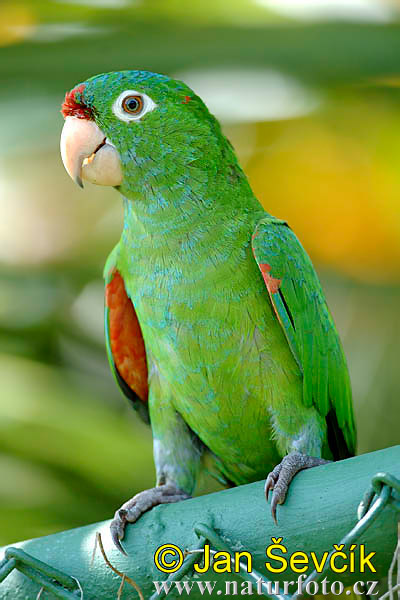 Listen to the sound of Finschs Parakeet

Found up to 1400m (4592 ft) in tropical and subtropical zones in Costa Rica and up to 1650m (5412 ft) in lightly wooded or open country with isolated trees, secondary growth, woodland edge, coffee plantations and other agricultural lands in W Panama.

Nests in holes or cavities usually in trees, might excavate a nest in rotten tree mass. Somewhat colonial as many birds may nest close together. Clutch size 2-4 eggs.

Feeds on flowers and fruits of Erythrina and Inga, fruits of Croton, Zanthoxylum and Ficus and grain such as sorghum and maize. Social, seen generally in groups of up to 30 individuals. Larger flocks of several hundred gather at communal roosts in tops of trees or palms.