Source to all birds on the Planet
admin
Latin America, Passeriformes, Thraupidae
Comments 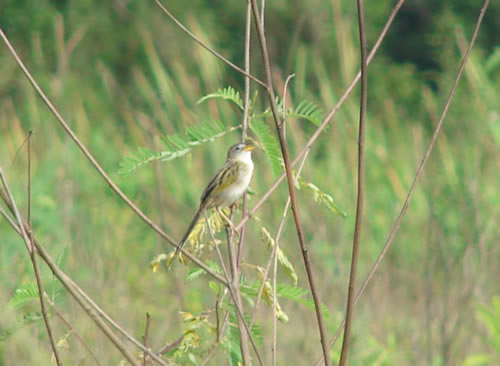 They have a long, pointed tail which is not shown well in these photos but you can see the yellow bill with a black ridge. Upperparts are olive brown with black streaks and the eyering and lores are white. Underparts are whitish to buff on the flanks.

Listen to the sound of Wedge-tailed Grass-Finch

Builds an open cup on the ground made and lined with dead grass. Clutch sze is two eggs.

Feeds on seeds and small insects