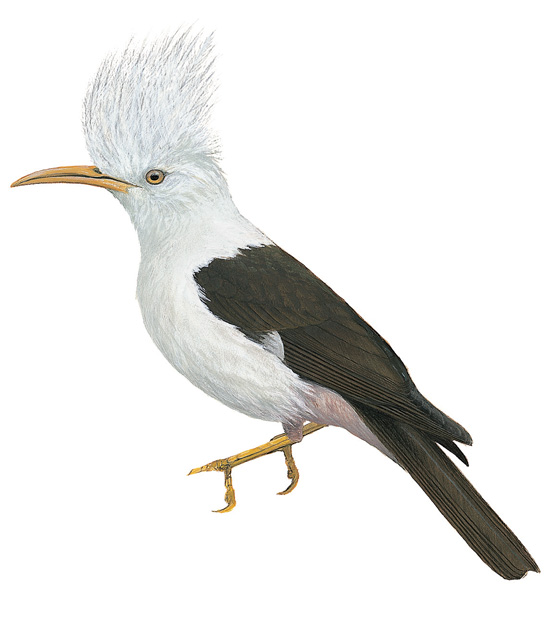 This large and rather beautiful species, also known as the Bourbon Crested Starling, was characterized by an extraordinary lace-like crest. It was an inhabitant of the Mascarene island of Reunion (formerly called Bourbon). It was known locally by the name huppe, which is also the French name for the Hoopoe (Upupa epops). It is perhaps not surprising, then, that the starling was originally placed in the Hoopoe’s genus, Upupa.

Like so many island birds, this was a tame and confiding species. Islanders described how easily individuals could be knocked down with sticks. Despite this, the Reunion Starling survived for much longer than many other Mascarene bird species. It seems to have been relatively common right through into the early years of the nineteenth century, although by the middle years of that century it had disappeared altogether. Nothing, apart from its appearance, is known of this species. Indeed, its taxonomic placement is also disputed, as some authors consider it to be a helmet-shrike (Prionopidae).