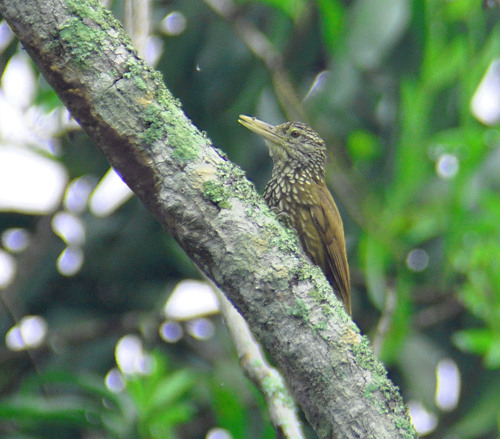 Listen to the sound of Straight-billed Woodcreeper

Nest in natural cavity, old woodpeckers nest, or other suitable gap in tree or termite nest. Floor of nest chamber unlined or sometimes lined with soft tree or plant material . Built 1-9 meter above ground. Clutch size is 2-3 eggs, incubated by both parents.

Mainly anthropods like beetles and ants, sometimes vertebrates like small lizards and frogs. It lives alone or in pairs, often following mixed-species flocks of insectivorous birds. It clinges up trunks to search for insects and other small invertebrates.