The notion that cuckoos do not retire to the south but hibernate in hollow trees is an old belief with the peasantry. Cuckoos, to do not flock together, like swallows, storks and cranes, just before migrating to warmer lands. After ceasing to call, they still lurk about, and are gradually missed. This mystery was solved by the frequent finding of cuckoos in full feather in the hollows of old trees? It did not get it out because the hollow opening was too small, and the birds are prisoned due to the stupidity of its parent. 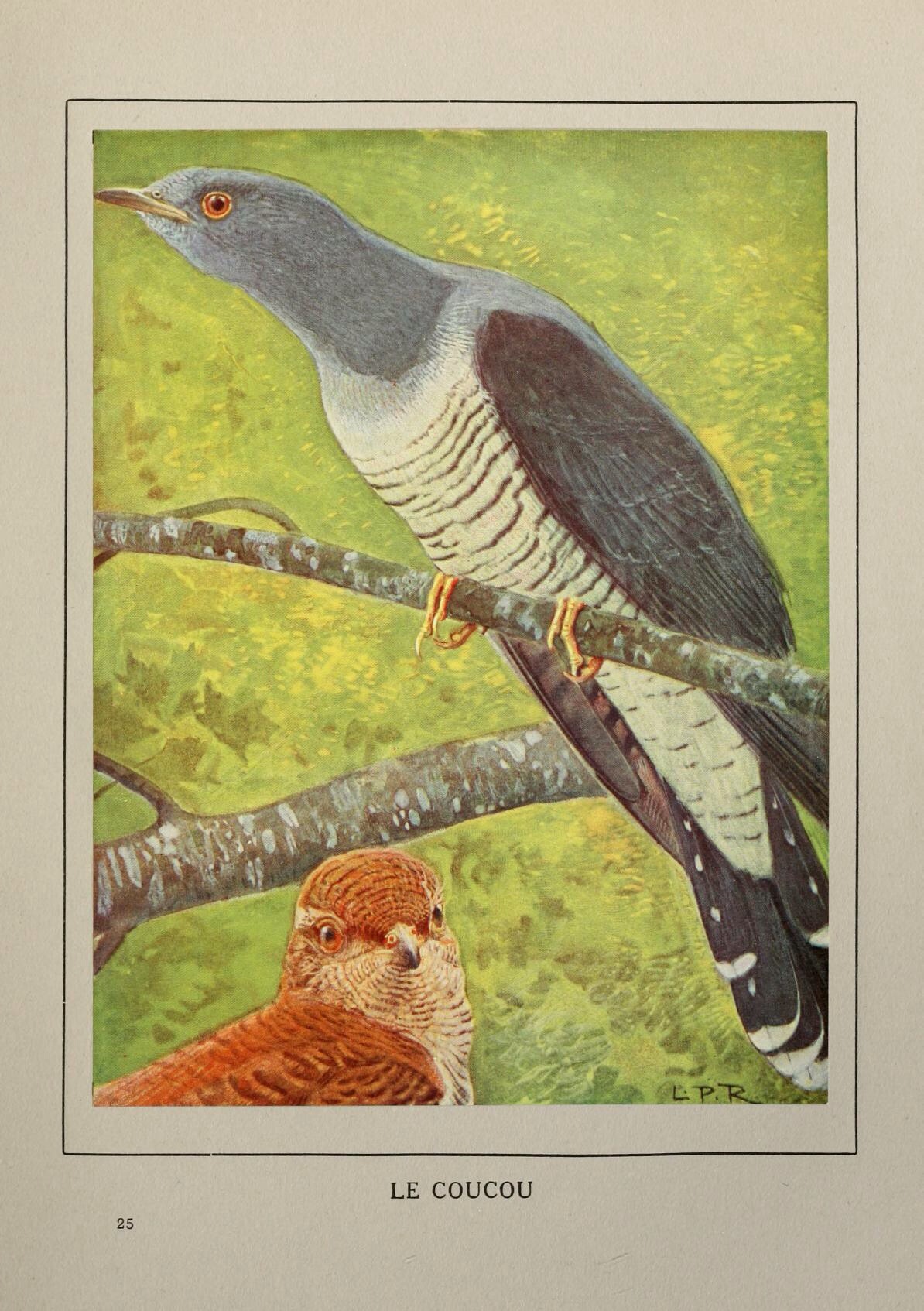 The mother cuckoo prefers sheltered nests of other birds for her furtive laying, and often cannot get into the nest, or is too sharply watched by the little birds to allow her the time. She then lays her egg on the ground, takes it delicately in her beak, watches the new parents leaving the nest. That moment it deposits her egg in the nest it. Often this nest in the hollow of an old willow and has been chosen by the little birds for its narrow entrance.

Foster-father and foster-mother wear out their wings and beaks in bringing the young cuckoo food, it grows bigger and bigger. One day it tries to get out of the nest, but finds that the hole has become too small. This frequent tragedy accounts for the discovery of dead cuckoos in hollows of trees.
<

The mother cuckoo is not entirely to be whitewashed, but she is not to be portrayed as a heartless witch. She is actively on the watch over six or seven of her young, entrusted to the care of the foster parents. She stands by to take charge of a chick which foster-parent are uncommonly sharp in understanding or of uncommonly sharp temper and have thrown it out of the nest.
← Previous Post
Next Post →