For a long time Raven lived alone, but finally became tired of this and decided to take a wife. For this purpose he looked about and noticed that it was late in the fall and that the birds were going soutliward in large flocks. Then Raven flew away and stopped directly in the path taken by the geese and other wild fowl on their way to the land of summer. As he sat by the way he saw a pretty young canadian goose coming coming near. Then he modestly hid his face by looking at his feet, and as the goose passed he called out, ” Who wishes me for a husband ? I am a very nice man.” But none of the Geese turned a head.

Very soon a family of white-front Geese came along, consisting of the parents with four brothers aud a sister, and the Raven cried out, “Who wishes me for a husband? I am a fine hunter aud am young and handsome.” As he finished they alighted just beyond him, and he thought, ” Now I will get a wife.
Then he looked about and saw a pretty white stone with a hole in it lying near; he picked it up and, stringing it on a long grass stem hung it about his neck. As soon as he had done this he pushed up his bill so that it slid to the top of his head like a mask, and he became a dark-colored young man, who walked up to the Geese. At the same time each of the Geese pushed up its bill in the same manner, and they became nice-looking people. Raven was much pleased with the looks of the girl and, going to her, gave her the stone, choosing her for his wife, and she hung it about her own neck. Then all pushed down their bills, becoming birds again, and flew away toward the south. 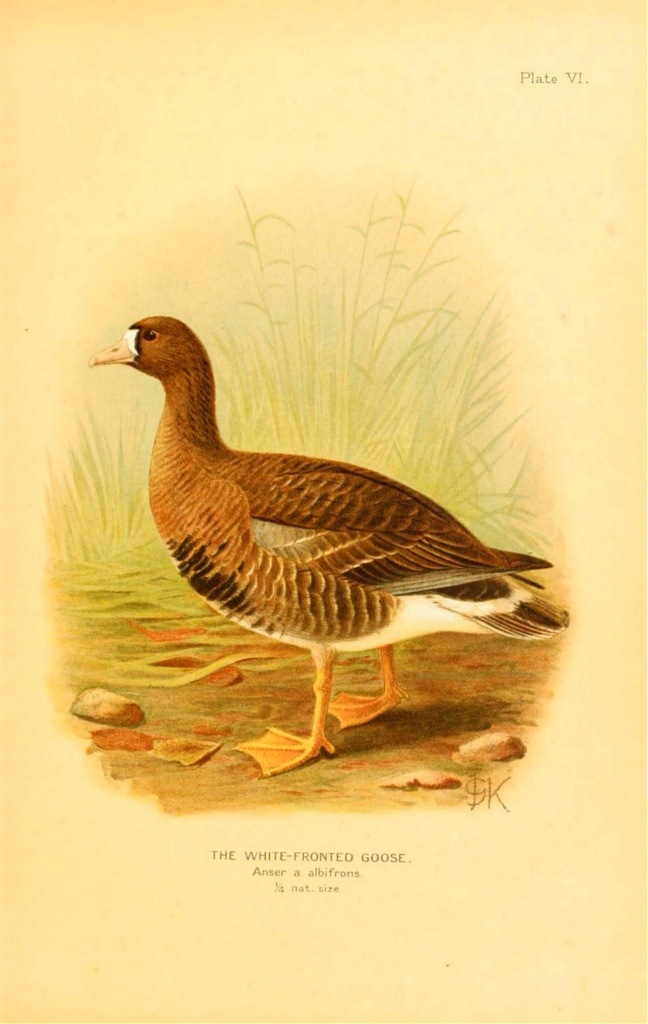 The Geese flapped their wings heavily and worked slowly along, but Raven with his outspread wings glided on faster than his party, while the geese looked after him, exclaiming, in admiration, ” How light and graceful he is. At length Raven grew weary, so he said, “We had better stop early and look for a place to sleep.” Early next morning the Geese were astir and wished to be off, but Raven still slept so heavily that they had to arouse him. The father Goose said, ” We must make haste, for it will snow here soon; let us not linger”. As soon as Raven was fully awake he pretended to be eager to get away, and, as on the day before, led the others with outspread wings and was greatly admired by his young companions.

Early the next morning the Geese made ready to go without stopping for breakfast. Raven’s stomach cried out for some of the fine berries that were so plentiful, but the Geese would not wait, so he dared not object to starting. As they left the seashore the father Goose told them that they would stop to rest once on the way, and the next stretch would bring them to the other shore. Raven began to feel very doubtful about being able to reach the other shore, but he was ashamed to say so and thought he would risk making the attempt, so off they all flew. The Geese flew steadily ou and on. After a long time Raven began to fall behind. His widespread wings ached, yet the Geese kept on steadily and untiringly. Raven flapped heavily along, and then would glide on outspread pinions for a time, trying to ease his tired wings, but to no purpose, so he fell farther and farther behind. Finally the Geese looked back, and the father Goose exclaimed, “1 thought he was light and active, but he must be getting tired; let us wait.” Raven gulking for air, said, “I have an arrowhead here from an old war I was iu and it pains me greatly; that is the reason I fell behind.” 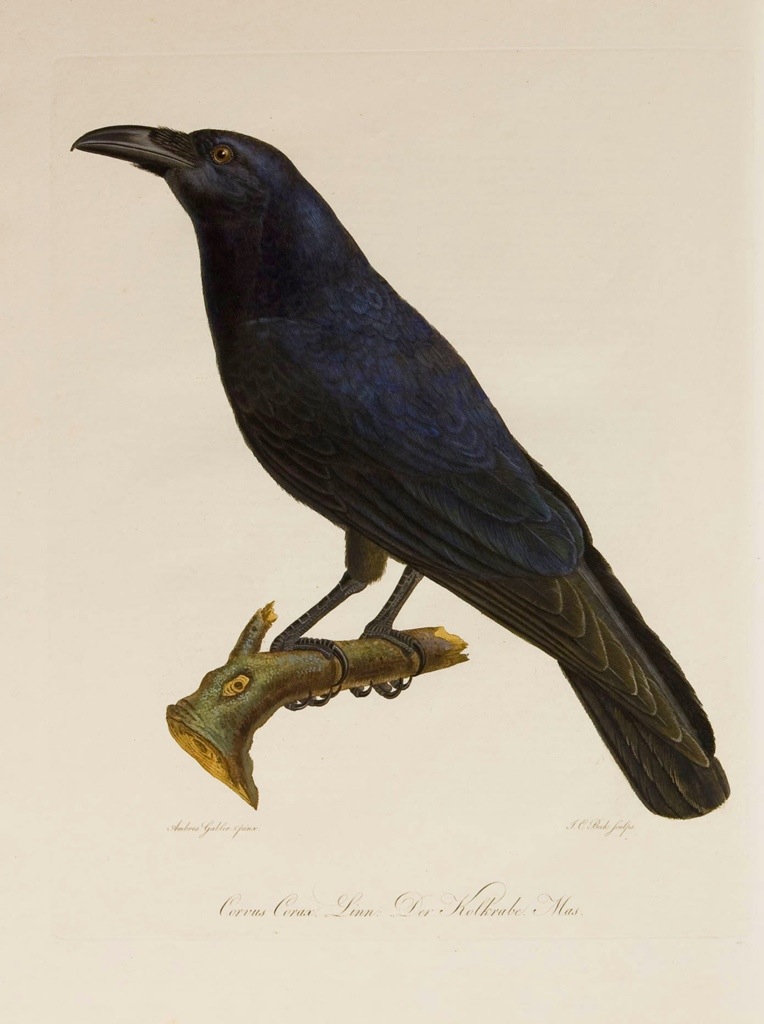 After resting they went on, but the others had to wait for Raven again, and he repeated the story of the arrowhead, which he told them had pierced his heart. Then he had his wife put her hand on his breast to feel it shaking about. She did so, but could feel only his heart beating like a hammerstone and no sign of an arrowpoint, yet she said nothing. Then all arose and flew on, Raven slowly flapping his wings, which felt very heavy. The Geese kept steadily on toward the shore, while Raven sank lower and lower, getting nearer and nearer to the dreaded water. As he came close to the waves he cried and shrieked to his wife, “Leave me the white stone! Throw it back to me I” for it contained magical properties.

Thus he kept crying until suddenly his wings lost their power and he floated helplessly iu the water as the Geese gained the shore. He tried to rise from the water, but his wings seemed to be weighted down, and he drifted back and forth along the beach. After a long time a great wave cast him upon the land. Then, as it flowed back, he dug his claws into the pebbles and only by great effort did he save himself from being dragged back again into the sea. As soon as he was able he struggled up the beach, an unhappy-looking object. The water ran in streams from his soaked feathers and his wings dragged on the ground. He fell several times, and at last, with wide-gaping mouth, reached some bushes, where he pushed up his beak and became a small, dark-colored man. The Geese were nowhere to be seen. Raven sighed and felt sorry for himself loosing his wife.