Mullyan, the eagle hawk, built himself a home high in a yaraan tree. There he lived apart from his tribe, with Moodai the opossum, his wife, and Moodai the opossum, his mother-in-law. With them too was Buttergah, a daughter of the Buggoo or flying squirrel tribe. Buttergah was a friend of Moodai, the wife of Mullyan, and a distant cousin to the Moodai tribe.

Mullyan the eagle hawk was a cannibal. That was the reason of his living apart from the other blacks. In order to satisfy his cannibal cravings, he used to sally forth with a big spear, a spear about four times as big as an ordinary spear. If he found a black fellow hunting alone, he would kill him and take his body up to the house in the tree. There the Moodai and Buttergab would cook it, and all of them would eat the flesh; for the women as well as Mullyan were cannibals. This went on for some time, until at last so many black fellows were slain that their friends determined to find out what became of them, and they tracked the last one they missed. They tracked him to where he had evidently been slain; they took up the tracks of his slayer, and followed them right to the foot of the yaraan tree, in which was built the home of Mullyan. They tried to climb the tree, but it was high and straight, and they gave up the attempt after many efforts. In their despair at their failure they thought of the Bibbees, a tribe noted for its climbing powers. They summoned two young Bibbees to their aid. One came, bringing with him his friend Murrawondah of the climbing rat tribe.

Having heard what the blacks wanted them to do, these famous climbers went to the yaraan tree and made a start at once. There was only light enough that first night for them to see to reach a fork in the tree about half-way up. There they camped, watched Mullyan away in the morning, and then climbed on. At last they reached the home of Mullyan. They watched their chance and then sneaked into his humpy. 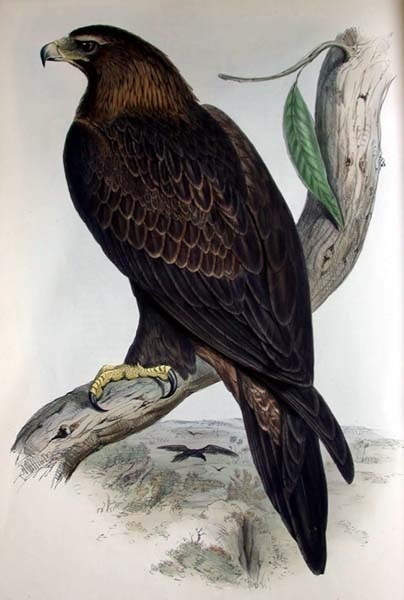 When they were safely inside, they hastened to secrete a smouldering stick in one end of the humpy, taking care they were not seen by any of the women. Then they went quietly down again, no one the wiser of their coming or going. During the day the women heard sometimes a crackling noise, as of burning, but looking round they saw nothing, and as their own fire was safe, they took no notice, thinking it might have been caused by some grass having fallen into their fire.

After their descent from having hidden the smouldering fire stick, Bibbee and Murrawondah found the blacks and told them what they had done. Hearing that the plan was to burn out Mullyan, and fearing that the tree might fall, they all moved to some little distance, there to watch and wait for the end. Great was their joy at the thought that at last their enemy was circumvented. And proud were Bibbee and Murrawondah as the black fellows praised their prowess.

After dinner-time Mullyan came back. When he reached the entrance to his house he put down his big spear outside. Then he went in and threw himself down to rest, for long had he walked and little had he gained. In a few minutes he heard his big spear fall down. He jumped up and stuck it in its place again. He had no sooner thrown himself down, than again he heard it fall. Once more he rose and replaced it. As he reached his resting-place again, out burst a flame of fire from the end of his humpy. He called out to the three women, who were cooking, and they rushed to help him extinguish the flames. But in spite of their efforts the fire only blazed the brighter. Mullyan’s arm was burnt off. The Moodai had their feet burnt, and Buttergah was badly burnt too. Seeing they were helpless against the fire, they turned to leave the humpy to its fate, and make good their own escape. But they had left it too late. As they turned to descend the tree, the roof of the humpy fell on them. And all that remained when the fire ceased, were the charred bones of the dwellers in the yaraan tree. That was all that the blacks found of their enemies; but their legend says that Mullyan the eagle hawk lives in the sky as Mullyangah the morning star, on one side of which is a little star, which is his one arm; on the other a larger star, which is Moodai the opossum, his wife.
← Previous Post
Next Post →