The Eskimo have various ingenious methods of taking ptarmigan and water fowl. During the winter small sinew snares are set among the bushes where the ptarmigan resort to feed or to rest. Sometimes little brush fences are built, with openings at intervals in which the snares are set so that the birds may be taken when. It consists of a stake nearly 14 inches in length, having a rawhide running noose attached to its upper end by a sinew lashing; a twisted sinew cord about a foot in length serves to attach the snare and stake to the trunk or branch of an adjacent bush.

As spring opens the male birds commence to molt and the brown summer plumage appears about their necks. At this time they become extremely busy and utter loud notes of challenge, which so excite other males within hearing that desperate battles ensue. The birds occupy small knolls or banks of snow, which give them a vantage point from which to look over the adjacent plain. If, when on his knoll, the male ptarmigan hears another uttering his call within the area he considers his own he flies to the intruder and fiercely attacks him. Tins habit is taken advantage of by the Eskimo, who stuff the skin of one of these birds rudely and mount it upon a stick which holds the head outstretched. 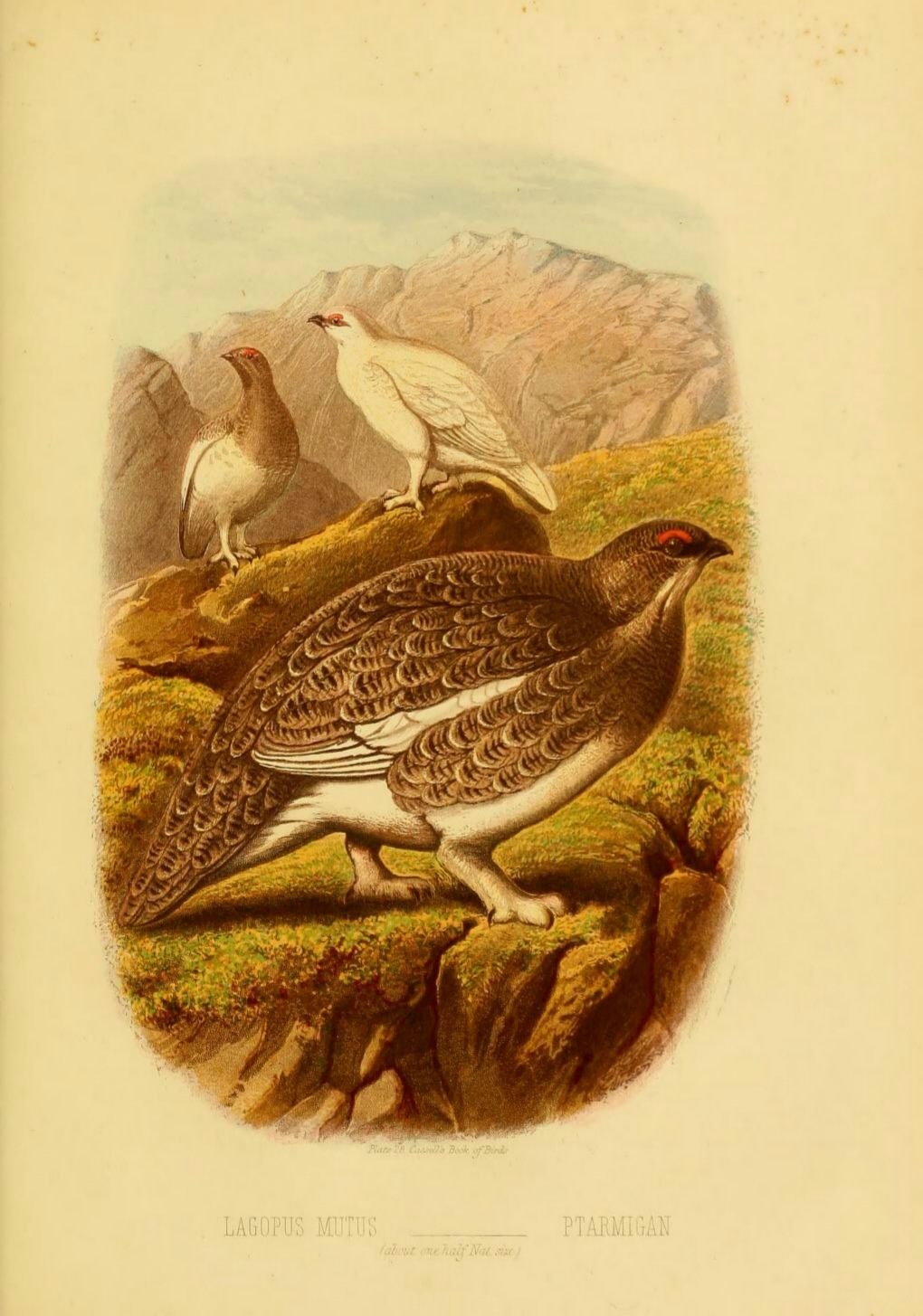 This decoy is taken to the vicinity of one of the calling males, and it is planted on a knoll or snowdrift so that it forms a conspicuous object. The hunter then surrounds it with a finely made net of sinew cord supported by slender sticks. Both netting and sticks are pale yellow in color, and are scarcely discernible at a short distance. The hunter then conceals himself close by and imitates the challenge note; the bird hears it and flies straight to the spot. As he flies swiftly along within a few feet of the ground he sees his supiiosed rival, dashes at hiui, and is entangled in the net. The hunter secures him, after which he carries the decoy and the net to the vicinity of another bird.

Once when hunting near the Yukon mouth in the month of May, while patches of snow still covered the ground in places, Eskimo’s decoy ptarmigan by molding some soft snow into the form of a bird; around the part representing the neck a bunch of brown moss is placed to imitate the brown plumage. This image was placed on a small knoll; from a short distance the imitation of a ptarmigan was excellent and the Eskimo’s succeed in calling up several birds that were in the vicinity. The hunters used to call the birds in this manner to shoot them with arrows when they were hunting on the tundra and had no food.