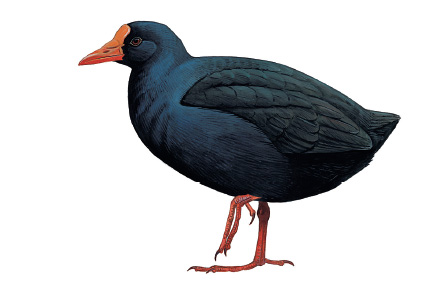 There seem to be eleven specimens of this species in the world’s museums, the first collected during 1869 and the last perhaps a mere five years later. Since then the species has never more been located. Little is known of it other than that it inhabited the Samoan island of Savaii.

It was called the puna’e by the local inhabitants, it was probably flightless (or almost so), and it had exceptionally large eyes, from which fact it has been deduced that it was nocturnal or crepuscular in habit. The reasons for its extinction are unknown but, presumably, introduced predators will have played some part.