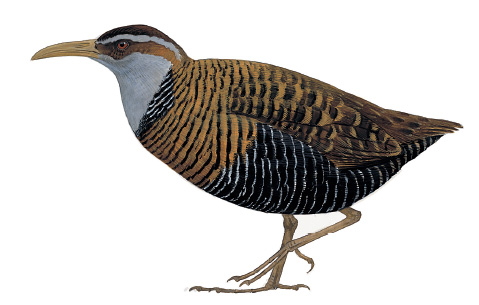 Indeed there is some doubt as to whether or not this form had actually passed beyond the stage at which it could be regarded as just a subspecies. Apart from some minor plumage differences, it sports a sharply downturned beak and this is clearly an adaptation to the conditions prevailing on the island. Nothing is known of the bird in life. It is known from just a single specimen collected during the 1840’s and now in the collection of the Natural History Museum, London.