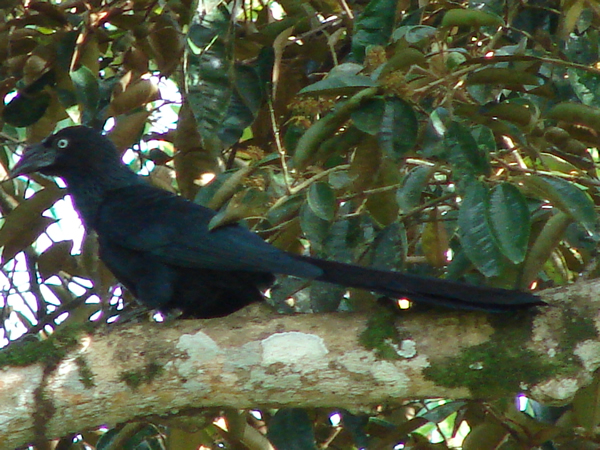 The Greater Ani, Crotophaga major (Cuculidae), is the largest species of Crotophaga and is further distinguishedb y the characteristic’ broken nose’s hape of the bill and the light-coloredi ris. The species inhabits river swamps and marshes throughout the lowlands of South America to northern Argentina but has hitherto been known from Central America only in eastern and central Panama (Wetmore 1968, Smithsonian Misc. Coll. 150, pt. 2). Therefore, in examining the skin collection of Nelson D. Hoy, of Media, Pennsylvania, I was surprised to find two specimens of C. major collected by Mr. Hoy in Tamaulipas, Mexico. Hoy clearly remembered having collected the birds, which he had identified as Groove-billed Anis (Crotophaga sulcirostris), the only species of Crotophaga known to occur on the mainland of Mexico.
STORRS L. OLSON, The Auk: Vol. 95, No. 4