Leopard and Hawk became friends. One day Leopard went to Hawk’s village to pay him a visit. Hawk said to himself, “What thing is it that I’ll cook for Leopard? I have nothing on hand.” Then he flew up into a tree. A fowl came into the village street, Kpwing! Hawk swooped down and caught it. He took it and gave it to Wife-Hawk to cook for Leopard.

After five nights had passed, Hawk went to Leopard’s village to pay him a visit. “Woe is me! I have nothing to set before Hawk,” said Leopard to himself. Now he remembered how Hawk had caught the fowl for him, so he climbed into a tree and waited. Soon a fowl came into his village street. Kpwing! Leopard jumped down to seize it. His bones were broken ne pfi! Then his wives came and made a great mourning over him. Thus it happens when one tries to do the things of another which are strange to him. 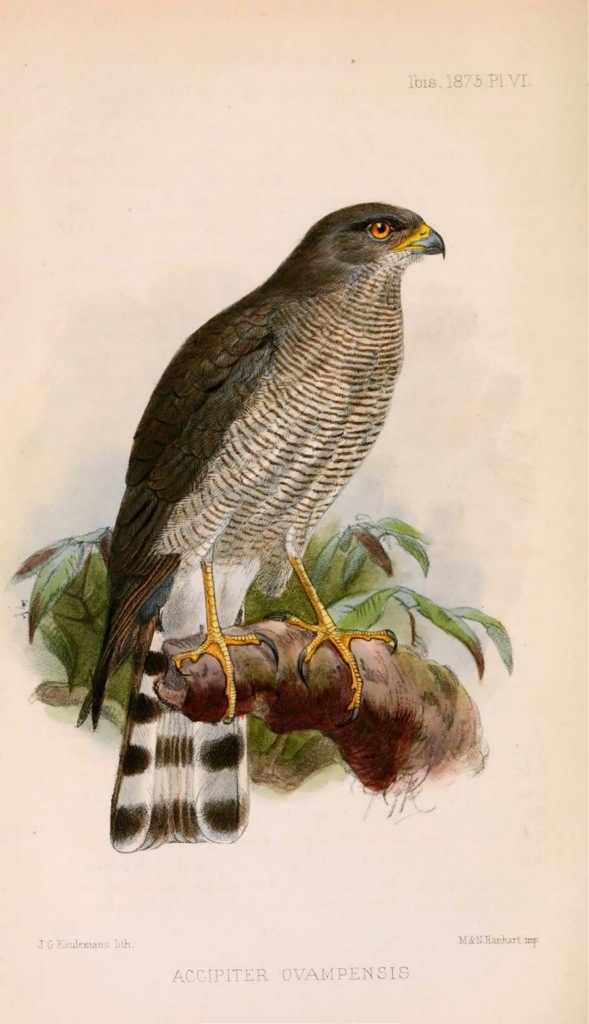