Raven called great feast for all the birds. He painted each one a different way, all birds, the hawks, the owls, the eagles, the jays, great and small. He painted Robin red on the breast, Bluejay blue, and a knot on his head. He tied up Ruffed-Grouse’s hair in a knot. He painted Bald-Headed Eagle white on the head, neck, and back, and the rest of his body black.
He told the birds, “I will cut up the bear and feast you. Now feast”. But he changed his mind about feasting them, and instead he worked himself up into a passion and wanted to fight them. They became afraid, and all ran away. So they have kept the colors in which he painted them until Those who had their hair tied up now have crests on the present day.

Than Raven wanted war against Grizzly-Bear, and called all the young men together, all the birds came, and the smaller mammals. He painted them for war. He armed them for battle. He painted some black, and put white and blue and yellow stripes and spots on others. He painted the head of the mallard-duck green, and the head of the loon as loon, we see it to-day. He armed some of the birds with spears. These birds have long bills at the present day. Loon was to be war-chief, and Raven gave him a big spear, this is why he has a big beak at the present day. When all were ready, Raven cooked a great deal of meat, and then ate it all himself. The birds were angry again at this breach of faith, and Robin began to growl at Raven. Then the others began to growl. Raven became angry, and took up a stick and threatened them with it.

They all then ran away, and hid in different places. The ducks went to the lakes, the grouse to the woods; some went to the mountains, and some to the rivers. Thus they were scattered. Before this the birds had all been together. Raven said, “It would not be well for all kinds of birds to be in one place. It will be better for people if the birds are scattered. forth the birds shall be scattered throughout the country, and each kind shall live in a different locality.”

This is why birds are scattered over the country now, some kinds in the mountains, other kinds in the woods, and others in the marshes and on the lakes and streams. This is also the reason why the birds are marked and colored as they are at the present day. 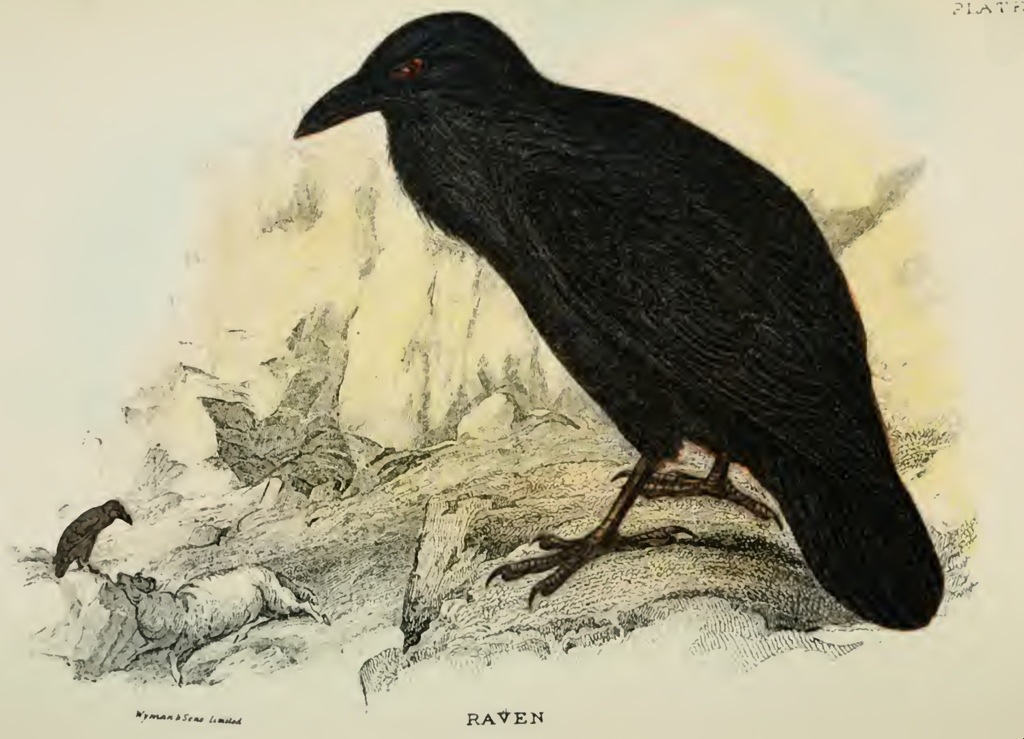