There was or there was not a sparrow that went out for a walk. After he had gone up hill and down dale a thorn ran into his foot. Then he returned to town and went to the baker and begged him to take out the thorn. The baker graciously did so, and threw the thorn into his oven. But the sparrow after a time returned to the baker and demanded his thorn back, but the replied he had disposed of it. The Sparrow now demanded a bread for his lost thorn, but the baker refused.

And the sparrow used such language as children should never hear, and grown people should never repeat. The baker, in order to avoid any further trouble with the impudent sparrow, gave him the bread, with which he disappeared.
He went up hill and down dale until he came to a place where there was a flock of sheep and a number of shepherds who were just going to have their breakfast. But as the poor fellows had no bread they were throwing a quantity of earth into their milk because they had no bread. 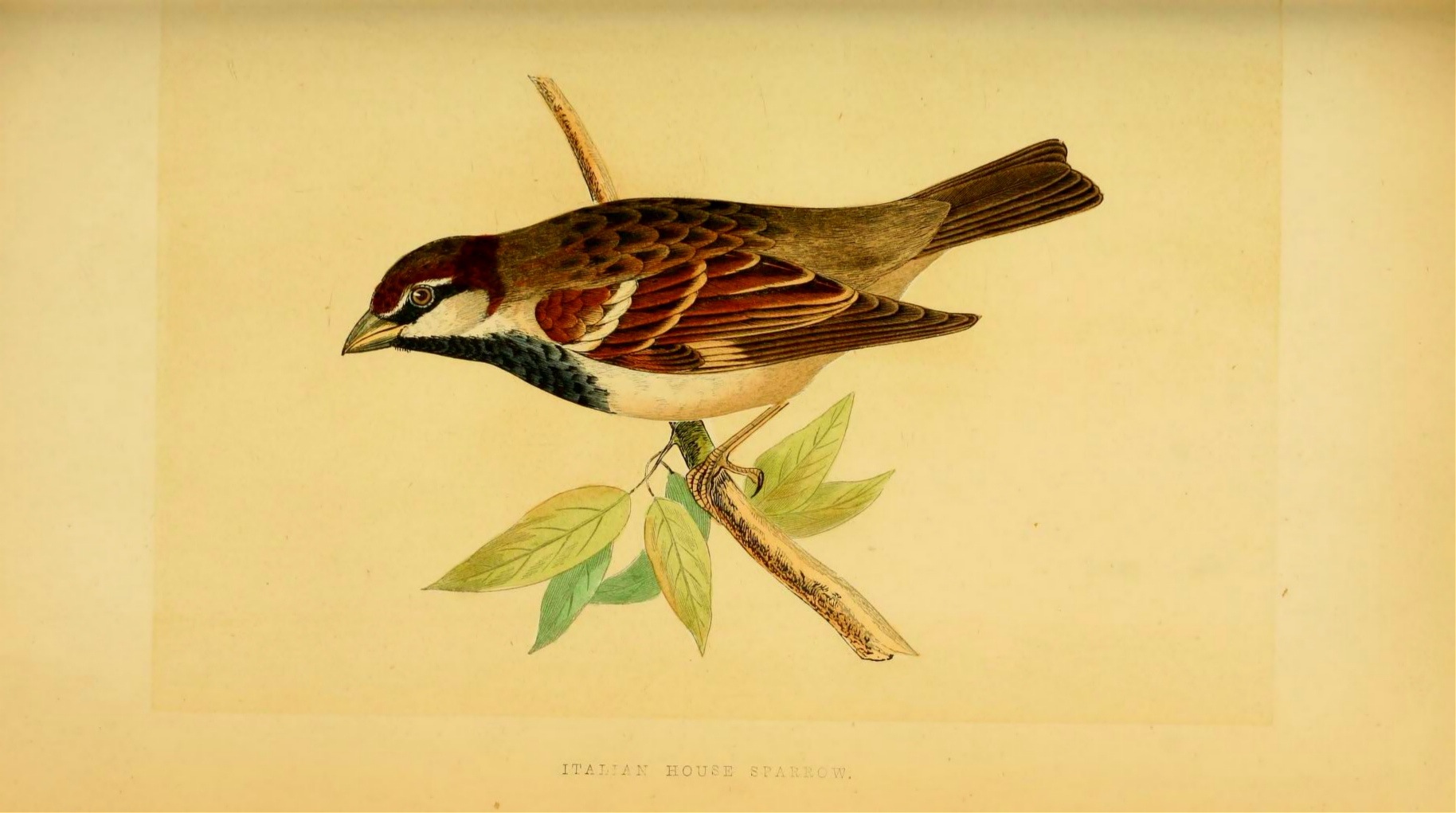 Then the sparrow said, ” Here, take my bread, and may it be sweet unto you ! ” The shepherds thanked him, took the bread, brought fresh milk and enjoyed their breakfast. Then the sparrow went away, up hill and down dale, but soon he returned to the shepherds and said : “Brother shepherds, I want my bread back !”
“But,” they said, “you gave us your bread and said, ‘may it be sweet unto you,’ and we thanked you for it and have enjoyed it with our breakfast. We have eaten it, how can we give it back to you?” Then the sparrow used such language as children should never hear, and grown people should never repeat. And he said : “I want my bread or I’ll take a lamb ; my bread or a lamb !”

Then the shepherds in order to be rid of the troublesome sparrow gave him the lamb which he demanded. On he went, up hill and down dale, until he came to a village which he saw was in a great state of animation. The villagers were wearing their best dress as if it were a day in Bairam, or an Easter Sunday. When he heard the music and saw young people dancing and waving their handkerchiefs he understood that there was a weddmg. As he approached he saw that near the bridegroom’s house some butchers were on the point of slaying a huge shepherd dog. The sparrow asked them : “Brother butchers, why do you slay that dog ? ” and they told him : “As there are no sheep or cattle in this neighbourhood we had to slay this dog for the wedding feast.” And he said to them: “Take this lamb for the wedding feast, and may it be sweet unto you !” 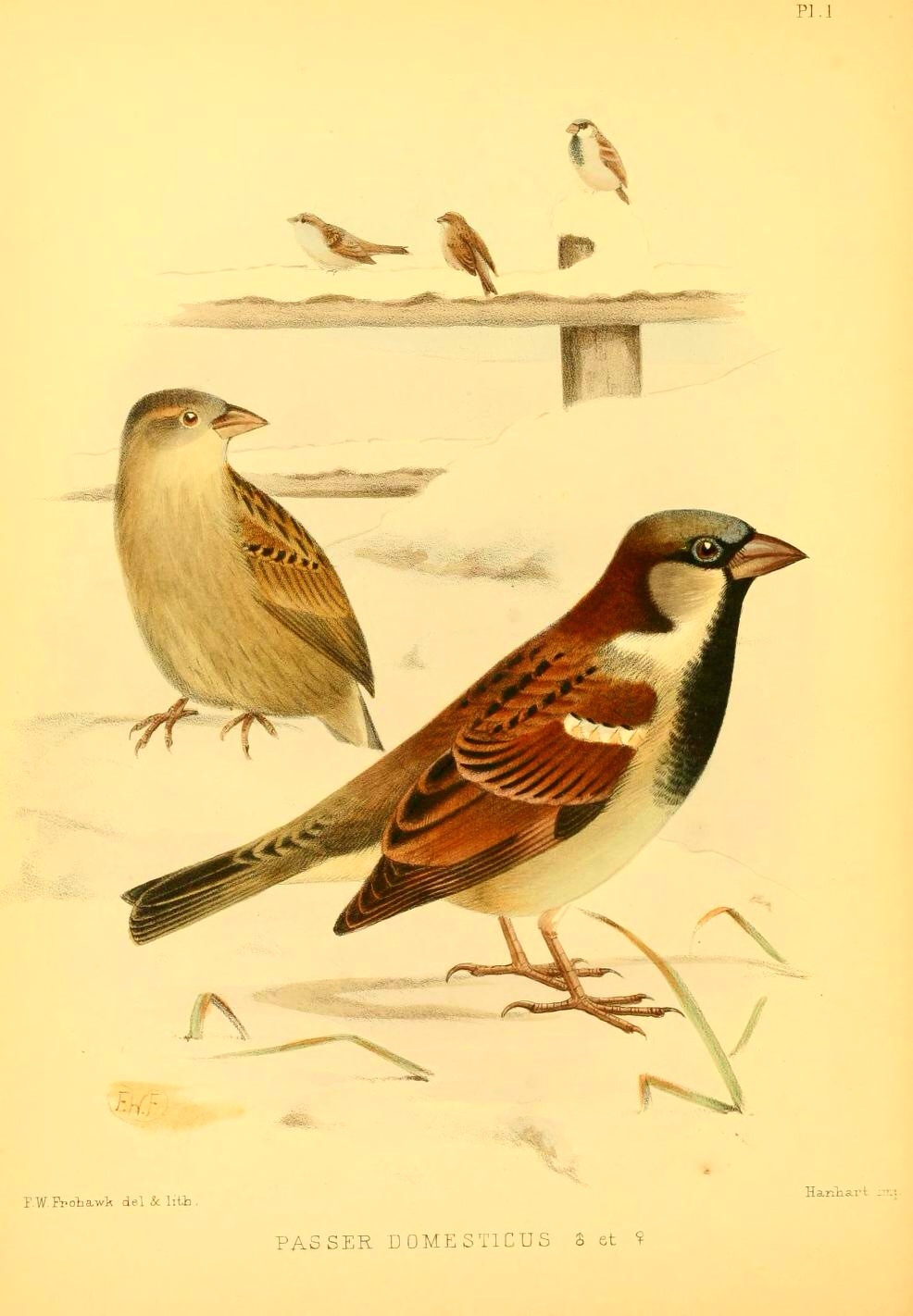 While the sparrow went his way up hill and down dale, the lamb was nicely roasted and the guests enjoyed the feast. The wedding dinner was, however
‘hardly over when the sparrow came back and said, “I want my lamb!” “But,” he was told, “kind sparrow, your lamb was roasted and enjoyed by the guests, so nothing of it remains. Wait for a few days and we will give you a better lamb. Now go away and leave us in peace.”
The sparrow answered, ” I will not go away, I will not leave you in peace, I want my own lamb and no other; and if you cannot give me back my lamb I shall take the bride instead; my lamb or the bride !” The bride and bridegroom wept most bitterly, but their tears could not move the heart of the wicked sparrow. He insisted on having his lamb or the bride. Then the sparrow threatened them and used such language as children should never hear, and grown people never repeat, until the bridegroom’s family decided, in order to avoid any further difficulty with the sparrow, to give him the bride. And they did so.